MONTREAL, April 21, 2021 (GLOBE NEWSWIRE) — Brunswick Exploration Inc. (“Brunswick”) (TSX-V: BRW) and Osisko Metals Incorporated (“Osisko Metals”) (TSX-V: OM; OTCQX: OMZNF; FRANKFURT: 0B51) announce that, following a TSX-V review, they have amended the terms of the option agreement (the “Option”) previously announced on August 17, 2020 whereby Brunswick can acquire a majority interest in Osisko Metals’ Brunswick Belt exploration property (the “Property”), located in the eastern portion of the Bathurst Mining Camp in the Bathurst area in New Brunswick (the “Transaction”). The Property covers 72 kilometres of the prolific Brunswick Belt and includes the Key Anacon and Gilmour South base metal deposits. The amended Option now allows Brunswick to earn up to 51% interest by spending an aggregate of $10,000,000 in two stages over a five-year period.

The Option is divided into two distinct earn-in requirements (all amounts in Canadian dollars):

Once any one of the two earn-in requirements are met (as per Brunswick’s discretion), a joint venture can be formed between Brunswick and Osisko Metals. An NI 43-101 independent geological report was completed by John Langton, P. Geo., of JPL GeoServices and was filed by Brunswick on SEDAR on November 5, 2020.

Robert Wares is Chairman of the Board and Chief Executive Officer of both Osisko Metals and of Brunswick, and hence abstained from the negotiation process between the two companies. The Transaction constitutes a “Related Party Transaction” within the meaning of the policies of the TSX Venture Exchange (“TSX-V”), as it involves “Non-Arm’s Length Parties”, as defined in such policies. The Transaction is an arm’s length transaction within the meaning of applicable securities laws.

The Transaction is conditional upon TSX-V’s final approval.

Osisko Metals Incorporated is a Canadian exploration and development company creating value in the base metal space. The Company controls one of Canada’s premier past-producing zinc mining camps, the Pine Point Project, located in the Northwest Territories for which the 2020 PEA has indicated an after-tax NPV of $500M and an IRR of 29.6%. The Pine Point Project PEA is based on current Mineral Resource Estimates that are amenable to open pit and shallow underground mining and consist of 12.9Mt grading 6.29% ZnEq of Indicated Mineral Resources and 37.6Mt grading 6.80% ZnEq of Inferred Mineral Resources. Please refer to the technical report entitled “Preliminary Economic Assessment, Pine Point Project, Hay River, North West Territories, Canada” dated July 30, which has been filed on SEDAR. The Pine Point Project is located on the south shore of Great Slave Lake in the Northwest Territories, near infrastructure, paved highway access, and has an electrical substation as well as 100 kilometres of viable haulage roads already in place.

The current Mineral Resources mentioned in this press release conform to NI43-101 standards and were prepared by independent qualified persons, as defined by NI43-101 guidelines. The abovementioned Mineral Resources are not Mineral Reserves as they do not have demonstrated economic viability. The quantity and grade of the reported Inferred Mineral Resources are conceptual in nature and are estimated based on limited geological evidence and sampling. Geological evidence is sufficient to imply but not verify geological grade and/or quality of continuity. Zinc equivalency percentages are calculated using metal prices, forecasted metal recoveries, concentrate grades, transport costs, smelter payable metals and charges (see respective technical reports for details).

The Corporation, formerly Komet Resources Inc., is part of the Osisko Group of companies and is a Montreal-based mineral exploration company listed on the TSX-V under symbol BRW. It is focused on exploration and development of gold and base metal properties in Eastern Canada. Current projects include gold-polymetallic vein systems in southern New Brunswick (Fundy Gold Project), base metals VMS in northern New Brunswick (Bathurst Mining Camp option) and in the Chibougamau region of Quebec (Waconichi), and nickel-copper-cobalt in Quebec (Lac Édouard). 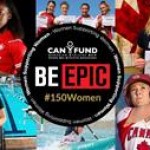 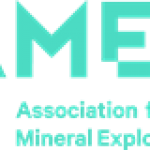