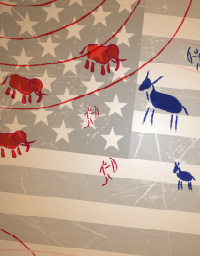 So much for Obamamania. Elected as the 44th President of the United States in November 2008, it seemed inevitable that with all the hype leading up to the election of Barack Obama, it’d be near impossible for the savvy politician to reach such high expectations.

Under Obama, the American government has invested heavily in economic stimulus with hopes of reversing the recession, however the numbers remain grim. The nationwide unemployment rate continues to hover around 9.6 per cent. North Dakota has the lowest unemployment rate at 3.8 per cent, while Nevada is at the opposite end of the spectrum, with 14.2 per cent jobless. As such, more and more American households are entering foreclosure. On top of a bailout of ‘too big to fail’ corporations such as the American International Group (AIG) and General Motors (GM), it’s astounding to consider the lagging prosperity following all the hype of Obama’s election, whose rise to presidency was so anticipated after former President George W. Bush’s painfully comical eight-year reign of ‘error’.
Obama’s tenure has been marked by his admirable yet fruitless economic stimulus planning, controversial healthcare reform, and spotty foreign policies and domestic relations, particularly the BP spill in the Gulf of Mexico, as many citizens craved for more proactive involvement from the Obama administration in order to more quickly alleviate the natural disaster.

As such, on November 2, the American public’s support for the present presidential regime responded with a resounding ‘no’ to the country’s top leader, stacking the bicameral congressional support in the Senate and the House of Representatives with an improved Republican share, a move that will only hinder the Obama administration’s ability to levy its way to prosperity economically and socially, with Obama’s Democrats surely to find difficulty in passing bills and legislation while receiving little support for their own party house, now with the growing Republican representation.

Change you can’t believe in

With Obama’s congressional hand now weakened, it now becomes even more difficult for the Democrats to right the American ship. But does this change much? As president for nearly two years, has much been accomplished? Obama himself may only have two years left before Americans decide to a change at the highest level is needed. The next American presidential election is slated for November 2012, at which time Obama will have filled a four-year term in the Oval Office.

The congressional election was deemed a victory for the Republicans, gaining ground with an increase of six seats in the Senate, 63 seats in the House of Representatives and six additional state governors. The Senate remains in Democratic control, led by Nevada’s Harry Reid, with a 53 (down from 59) to 47 (up from 41) seat advantage over the Republican Party. But, the Republicans gained power in the vacant Illinois, Indiana, North Dakota, and Pennsylvania, while the party also defeated incumbents in Arkansas and Wisconsin. In the House of Representatives, the Republicans, led by Ohio’s John Boehner, won 242 of the 435 seats for an increase of 63 seats. The Democrats, meanwhile, led by California’s Nancy Pelosi, fell to 192 seats.

When the Democrats and the Republicans go head-to-head again 2012 for the next presidential campaign, Obama will seek re-election, while the Republicans have a mixed bags of candidates—no standout among them—that includes John McCain’s former running-mate Sarah Palin, the former Governor of Alaska, as well as Mike Huckabee, Governor of Arkansas, and Mitt Romney, Governor of Massachusetts, both of whom unsuccessfully campaigned for the Republican ballot in 2008. Also on that list is Jeb Bush (yes, we’re serious), the younger brother of former President George W. Bush and the former Governor of Florida, though there are conflicting reports on Bush’s bid for presidency. Hillary Clinton, who lost to Obama for the Democratic nomination in 2008, currently serves as Secretary of State and could make another presidential bid for the Democrats in 2016.

The Donald in the White House?

And among the most intriguing names considering running for president is real estate mogul Donald Trump, who considers himself a Republican. In October, news broke that Trump is “seriously considering” a run to become the next president of the United States because he is so unhappy with the current state of affairs.

Trump says he “cannot stand what is happening to this country” and feels that Americans at a political level have “no common sense” and are “losing this country”. The country is not great like it used to be. If he became the next president of the United States, Trump states he would immediately pull out of the War in Iraq—combat he disagrees with—and announce the American side victorious.

Two other major points to Trump are OPEC, feeling that the country is getting a terrible deal on what he considers is the “lifeblood” of the nation, and that, in speaking with friends, he is told that the Americans are building China into the next global superpower. According to Trump, Americans no longer manufacturer anything and, in keeping at the current pace, China will become the go-to nation in the next 10 to 12 years. 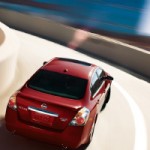 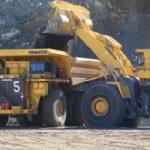