VANCOUVER, British Columbia, Nov. 04, 2020 (GLOBE NEWSWIRE) — American Pacific Mining Corp (CSE: USGD / FWB: 1QC / OTCPK: USGDF) (“APM” or the “Company”) is pleased to announce that, through its wholly owned subsidiary, American Pacific Mining (US) Inc., it has entered into an earn-in and option to form joint venture agreement (the “Earn-In Agreement”) with GRAC Global Resource Acquisition Corp. (the “Optionee”), a private British Columbia Company, with respect to its Gooseberry Gold Project.
Eric Saderholm, President of APM commented: “Nevada is the top investor-friendly jurisdiction for mining, and I look forward to working alongside GRAC Global Resource Acquisition Corps team as we move this gold discovery ahead.”Key Points of the AgreementThe Optionee can earn a 51% interest in the Gooseberry Gold Project by making a cash payment to the Company in the aggregate amount of $50,000, making two million share payments to APM, and funding exploration expenditures of $1.50 million towards the Gooseberry Gold Project over the next two years (Phase 1).Subject to the Optionee’s completion of Phase 1, the Optionee will have four years from the date of the Earn-In Agreement (the “Option Period”) to exercise an option to earn an additional 14% interest by making an additional one million share payment to the Company and funding further exploration expenditures of $3 million towards the Gooseberry Gold Project (Phase 2).Subject to the Optionee’s completion of Phase 2, the Optionee may exercise an option to earn a final 15% (for a total interest of 80%) by completing a positive feasibility study on the Gooseberry Gold Project before the end of the Option Period (Phase 3).The Optionee will make the $50,000 non-refundable cash payment (as part of its cash payment under Phase 1) to APM within the first four months of the Option Period.The Optionee will also pay all claim fees.The Optionee will be the operator of the Gooseberry Gold Project and, upon earning-in an interest, a joint venture management committee will be formed.About GRAC Global Resource Acquisition Corp.The Optionee, GRAC is an organization that specializes in mineral and gold projects around the world. The Company utilizes prudent capital allocation to target emerging industries in the metals and mining industry globally.About American Pacific Mining Corp.American Pacific Mining Corp. is a gold explorer focused on precious metals opportunities in the Western United States. The Madison Mine in Montana, under option to joint venture with Kennecott Exploration Company, is the Company’s flagship asset. The Gooseberry Gold-Silver Project, under option to GRAC Global Resource Acquisition Corp. and the Tuscarora Gold Project, under option to Soldera Mining, are two high-grade, precious metals projects located in key mining districts of Nevada USA. The Company’s mission is to grow by the drill bit and by acquisition.On Behalf of the Board of American Pacific Mining Corp.“Warwick Smith”
CEO & DirectorCorporate Office: Suite 910 – 510 Burrard Street Vancouver, BC, V6C 3A8 Canada Investor Relations: investor@americanpacific.ca Phone: 1-866-646-5389The CSE has neither approved nor disapproved the contents of this news release. Neither the CSE nor its Regulation Services Provider (as that term is defined in the policies of the CSE) accepts responsibility for the adequacy or accuracy of this release.Forward-looking InformationSome statements in this news release contain forward-looking information (within the meaning of Canadian securities legislation) including, without limitation, statements as to planned exploration activities and the expected timing of the receipt of results. These statements address future events and conditions and, as such, involve known and unknown risks, uncertainties and other factors, which may cause the actual results, performance or achievements to be materially different from any future results, performance or achievements expressed or implied by the statements. Such factors include, without limitation, customary risks of the mineral resource industry as well as the performance of services by third parties.Forward-looking statements are statements that are not historical facts; they are generally, but not always, identified by the words “expects,” “plans,” “anticipates,” “believes,” “intends,” “estimates,” “projects,” “aims,” “potential,” “goal,” “objective,” “prospective,” and similar expressions, or that events or conditions “will,” “would,” “may,” “can,” “could” or “should” occur, or are those statements, which, by their nature, refer to future events. The Company cautions that Forward-looking statements are based on the beliefs, estimates and opinions of the Company’s management on the date the statements are made and they involve a number of risks and uncertainties. Consequently, there can be no assurances that such statements will prove to be accurate and actual results and future events could differ materially from those anticipated in such statements. 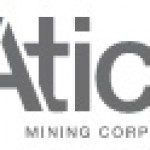