Bentonville, Arkansas, Dec. 11, 2015 (GLOBE NEWSWIRE) — America’s Car-Mart Inc. (Nasdaq:CRMT) today announced that its Board of Directors elected Jim von Gremp as a new, independent director on December 10, 2015.Mr. von Gremp, age 66, is a real estate investor, communication consultant, and former Wal-Mart executive. While with Wal-Mart he served in various areas including accounting, auditing, treasury, employee benefits, training/development, and public/corporate affairs.  He has been a member of the Board of Trustees of the University of Arkansas System since 2005, serving as Chairman in 2014 and has been a Board Member of Arvest Bank-Benton County since 2004.  Mr. von Gremp was Chairman of the Arkansas Public Service Commission from 1999-2000, and served as Executive Director of Governmental Operations for the State of Arkansas, Governor’s Office under Governor Mike Huckabee from 1996-1997, and represented Arkansas District 2 (Benton County) from 1993-1996 as a State Representative. He received a BS-Business with a Dual Major in Accounting and Finance from the University of Missouri in 1971 and a MBA from the University of Arkansas in 1993.  He is a Certified Public Accountant-Retired.“America’s Car Mart is very fortunate to have someone of Jim’s caliber join our team,” said William H. (“Hank”) Henderson, Chairman and Chief Executive Officer of America’s Car Mart. “Jim’s past experience along with his desire to contribute to our efforts will be a significant benefit to us as we move forward.”About America’s Car-MartAmerica’s Car-Mart operates 146 automotive dealerships in eleven states and is one of the largest publicly-held automotive retailers in the United States focused exclusively on the “Buy Here/Pay Here” segment of the used car market. The Company emphasizes superior customer service and the building of strong personal relationships with its customers. The Company operates its dealerships primarily in small cities throughout the South-Central United States; selling quality used vehicles and providing financing for substantially all of its customers. William H. (“Hank”) Henderson, CEO at (479) 464-9944 or Jeff Williams, CFO at (479) 418-8021 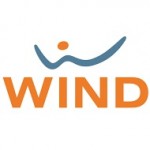