VANCOUVER, British Columbia, May 05, 2021 (GLOBE NEWSWIRE) — Anfield Energy Inc. (TSX.V: AEC; OTCQB: ANLDF; FRANKFURT: 0AD) (“Anfield” or “the Company”) is pleased to announce that, due to investor interest, it has further increased the size of its non-brokered private placement to 57,000,000 Units at a price of $0.085 per Unit, for a total equity raise of up to $4,845,000 (“the Offering”). Each Unit consists of one common share and one share purchase warrant, with each warrant entitling the holder to purchase an additional common share at a price of $0.13 for a period of twenty-four (24) months. Red Cloud Securities, Inc. is acting as a Finder with respect to the Offering.

The proceeds from the private placement will be used for the development of the West Slope vanadium/uranium properties, the Charlie Project and other Wyoming-based ISR projects, the Newsboy Gold Project, property-related costs, and general working capital.

Anfield is a uranium and vanadium development and near-term production company that is committed to becoming a top-tier energy-related fuels supplier by creating value through sustainable, efficient growth in its assets. Anfield is also a precious metals development company. Anfield is a publicly-traded corporation listed on the TSX-Venture Exchange (AEC-V), the OTCQB Marketplace (ANLDF) and the Frankfurt Stock Exchange (0AD). Anfield is focused on three asset centres, as summarized below:

Using available data and a cut off grade of 0.02opt Au, NAEG estimated a total in-situ resource of 5.3Mt in the following categories:

The NAEG report also identified areas in which the author, based on geologic interpretation, felt the resource could be expanded. The NAEG report also recommended an exploration program for this area. To Anfield’s knowledge these recommendations have not yet been implemented.

Douglas L. Beahm, P.E., P.G. has approved the scientific and technical disclosure, relating to the Newsboy Gold Project, in the news release. He is a Qualified Person as defined in NI 43-101.

Anfield has signed a Resin Capture and Processing Agreement with Uranium One whereby Anfield would process up to 500,000 pounds per annum of its mined material at Uranium One’s Irigaray processing plant in Wyoming.

The Charlie Project, Anfield’s flagship uranium project, is located in the Pumpkin Buttes Uranium District in Johnson County, Wyoming. The Charlie Project consists of a 720-acre Wyoming State uranium lease which has been in development since 1969. A Preliminary Economic Assessment has been completed for the Charlie Project.

Anfield’s conventional uranium assets consist of mining claims and state leases in southeastern Utah, Colorado and Arizona, targeting areas where past uranium mining or prospecting occurred. Anfield’s conventional uranium assets include the Velvet-Wood Project, the Frank M Uranium Project, the West Slope Project as well as the Findlay Tank breccia pipe. An NI 43-101 Preliminary Economic Assessment has been completed for the Velvet-Wood Project. The PEA is preliminary in nature, and includes inferred mineral resources that are considered too speculative geologically to have economic considerations applied to them that would enable them to be categorized as mineral reserves, and there is no certainty that the preliminary economic assessment would be realized. All conventional uranium assets are situated within a 200-mile radius of the Shootaring Mill.

On behalf of the Board of Directors
ANFIELD ENERGY INC.
Corey Dias, Chief Executive Officer

EXCEPT FOR THE HISTORICAL INFORMATION PRESENTED HEREIN, MATTERS DISCUSSED IN THIS NEWS RELEASE CONTAIN FORWARD-LOOKING STATEMENTS THAT ARE SUBJECT TO CERTAIN RISKS AND UNCERTAINTIES THAT COULD CAUSE ACTUAL RESULTS TO DIFFER MATERIALLY FROM ANY FUTURE RESULTS, PERFORMANCE OR ACHIEVEMENTS EXPRESSED OR IMPLIED BY SUCH STATEMENTS. STATEMENTS THAT ARE NOT HISTORICAL FACTS, INCLUDING STATEMENTS THAT ARE PRECEDED BY, FOLLOWED BY, OR THAT INCLUDE SUCH WORDS AS “ESTIMATE,” “ANTICIPATE,” “BELIEVE,” “PLAN” OR “EXPECT” OR SIMILAR STATEMENTS ARE FORWARD-LOOKING STATEMENTS. RISKS AND UNCERTAINTIES FOR THE COMPANY INCLUDE, BUT ARE NOT LIMITED TO, THE RISKS ASSOCIATED WITH MINERAL EXPLORATION AND FUNDING AS WELL AS THE RISKS SHOWN IN THE COMPANY’S MOST RECENT ANNUAL AND QUARTERLY REPORTS AND FROM TIME-TO-TIME IN OTHER PUBLICLY AVAILABLE INFORMATION REGARDING THE COMPANY. OTHER RISKS INCLUDE RISKS ASSOCIATED WITH SEEKING THE CAPITAL NECESSARY TO COMPLETE THE PROPOSED TRANSACTION, THE REGULATORY APPROVAL PROCESS, COMPETITIVE COMPANIES, FUTURE CAPITAL REQUIREMENTS AND THE COMPANY’S ABILITY AND LEVEL OF SUPPORT FOR ITS EXPLORATION AND DEVELOPMENT ACTIVITIES. THERE CAN BE NO ASSURANCE THAT THE COMPANY WILL BE ABLE TO COMPLETE THE PROPOSED TRANSACTION, THAT THE COMPANY’S EXPLORATION EFFORTS WILL SUCCEED OR THE COMPANY WILL ULTIMATELY ACHIEVE COMMERCIAL SUCCESS. THESE FORWARD-LOOKING STATEMENTS ARE MADE AS OF THE DATE OF THIS NEWS RELEASE, AND THE COMPANY ASSUMES NO OBLIGATION TO UPDATE THE FORWARD-LOOKING STATEMENTS, OR TO UPDATE THE REASONS WHY ACTUAL RESULTS COULD DIFFER FROM THOSE PROJECTED IN THE FORWARD-LOOKING STATEMENTS. ALTHOUGH THE COMPANY BELIEVES THAT THE BELIEFS, PLANS, EXPECTATIONS AND INTENTIONS CONTAINED IN THIS NEWS RELEASE ARE REASONABLE, THERE CAN BE NO ASSURANCE THOSE BELIEFS, PLANS, EXPECTATIONS OR INTENTIONS WILL PROVE TO BE ACCURATE. INVESTORS SHOULD CONSIDER ALL OF THE INFORMATION SET FORTH HEREIN AND SHOULD ALSO REFER TO THE RISK FACTORS DISCLOSED IN THE COMPANY’S PERIODIC REPORTS FILED FROM TIME-TO-TIME.

THIS NEWS RELEASE HAS BEEN PREPARED BY MANAGEMENT OF THE COMPANY WHO TAKES FULL RESPONSIBILITY FOR ITS CONTENTS. 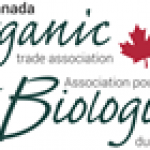