TORONTO, July 13, 2020 (GLOBE NEWSWIRE) — Angkor Resources Corp. (TSXV: ANK and OTC: ANKOF) (“Angkor” or “the Company”) CEO Stephen Burega is pleased to announce that Mr. Kaihui Yang, PhD Geology, has agreed to act as a Senior Advisor – Geology to Angkor effective immediately.
Having obtained his PhD in Geology in 1990, early in his career, he was a research scientist in the Department of Geology at the University of Toronto, and also served as a senior consultant for Canadian mining companies (Barrick, Inco, Falconbridge, and others) and the World Bank Group.Mr. Yang has over 30 years of experience as an exploration geologist. He previously served as a Vice President for the Zijin Mining Group, a major mining company listed on the Hong Kong and Shanghai Stock Exchange that has expanded aggressively in various parts of the world including the recent acquisitions of three Canadian mining companies (Nevsun, Continental Gold and Guiana Goldfield). He also served as the Chairman for the Sprott-Zijin Joint-Venture Mining Fund.“We are very pleased to add Kaihui’s wealth of knowledge and experience to our team,” said CEO Stephen Burega. “Kaihui has been to Cambodia and has visited Angkor’s properties. He will provide our geological team with his advice based on his extensive regional understanding and background.”Mr. Yang was a founder and President of a Canadian public company that conducted mineral exploration in China, which won the Prospection and Exploration Outstanding Achievement Award from the China Mining Conference in 2011. Recently, he has been an independent consultant and director for several major Chinese mining and investment companies.ABOUT ANGKOR RESOURCES CORP.Angkor Resources Corp. is a public company, listed on the TSX-Venture Exchange, and is a leading mineral explorer in Cambodia with a large land package. In 2019, it entered into negotiations with the Cambodian Government on Block VIII, a 7,300 square kilometre oil and gas exploration license in Cambodia.CONTACT:Stephen Burega, CEO
Telephone: +1 (647) 515-3734
Email: [email protected]
Website: http://www.angkorgold.ca or follow us on Twitter @AngkorGold.Neither TSX Venture Exchange nor its Regulation Services Provider (as that term is defined in the policies of the TSX Venture Exchange) accepts responsibility for the adequacy or accuracy of this release. 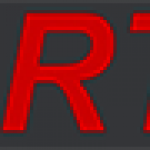 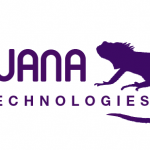