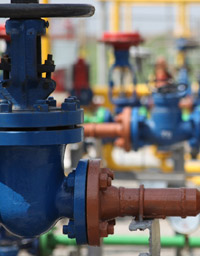 Exploring the Western Canadian Sedimentary Basin, Angle Energy Inc. is focused on growing their high quality asset base. A Calgary-based company, Angle has been successfully operating in Alberta since 2005.

The company is led by a dedicated team of industry specialists, and has made several successful moves that have ensured its success.

On June 7th, Angle announced that it entered into a definitive purchase and sale agreement with an intermediate oil and gas company, with Angle to acquire producing assets adjacent to the company’s existing assets in the Edson area for cash consideration of $115 million. Following this announcement, President and COO Heather Christie-Burns explained to CBJ what it means to be a “drilling company” in Alberta, and what Angle hopes to achieve this year and next.

Sara Kopamees: What has this recent deal allowed you to do, in terms of business development?

Heather Christie-Burns: Essentially, this acquisition is going to allow us growth into 2011 and 2012. The area that we’ve purchased the production in, we gained an entry into that area initially by buying a company (Stonefire), a deal we closed in January. That was our first presence in that area.

SK: What area is that?

HCB: This particular area is known as the Deep Basin in Alberta, and there’s a variety of targets for drillers [there]. The game right now is that horizontal drilling is really unlocking the value of these zones. When we purchased Stonefire, we got a small foothold in that area.

If your ideas bear out and are successful, you want to be able to expand on that and apply those ideas on a larger land base. This particular deal [with Compton], that’s really what it does for Angle—it implies that the success we’re seeing right now has links to the future. These ideas can now be grown over a much bigger base.

This deal is what’s known as a geographic white map. It’s just drawing a box around the area you’re working in, and taking all of the assets in that area. It fits perfectly with our current position. Angle is very much a drilling company.

SK: When you say you are specifically a “drilling company”, is defining yourselves as such what makes you competitive in this market?

HCB: It is a really big part of what makes us competitive in this market. For a company to become the size we’ve reached now, to see health and to grow the business, there’s a combination of drilling and purchasing that needs to go on. But when we look at why we’re purchasing assets, typically it’s because we’re going to drill on the asset. That’s a different model than some other explorers and producers use, where they may just purchase an asset and not have the extended opportunities on the asset. We’ll always look for more drilling opportunities, we’re unique in that way. We’re very interested in drilling on what we buy.

SK: Can you tell us a little more about the properties and what makes them unique?

HCB: Angle identified  the properties as a prospective operating area for the Company six years ago—there are good reserves, good in-place value per well, and good rates per well. And the liquid content in the gas reservoirs here is very attractive. So, the natural gas liquids certainly make these gas plays work when you have volatile gas price environments (and gas prices have been low). The secret there is the natural gas liquids really run the economics of these plays. This is where we work, so we recognized from day one that these are the projects (all the way to the Deep Basin) that can really allow you efficient growth at a company and lift revenue streams as a gas driller.

SK: For a drilling company like Angle, how has horizontal drilling completely changed the landscape of the industry?

HCB: The importance of horizontal drilling can’t be understated. Horizontal drilling itself isn’t a new idea, rather it’s the combo of formations that haven’t been successfully drilled before and the completion techniques—those really have a lot to do with it.

This is what operators  are all talking about in Alberta, British Columbia and Saskatchewan as well—looking at multiple stage fracture completions on horizontal wells. Really, it’s a combination of technology, allowing production from zones that you could never really do this with, either with a horizontal well alone or a vertical well.

SK: How has horizontal drilling affected the environmental side of your business?

SK: How important is it to communicate environmental efforts with shareholders?

HCB: It is very, very important. If a company isn’t paying attention to these kinds of practices, it will impede your company’s ability to do business-bottom line. And that’s what it’s all about. That hits your shareholders directly.

Those issues may not appear as the top slide of the power point presentation, but they matter. They impact the ability for you to do business, and get along with the groups that you’re working alongside.

SK: How have you developed community relationships?

HCB: When Angle is going to go into an area, we like to visit with resident groups. We like having a “town hall” which is a meet-and-greet or open house. For our Lone Pine Creek project, for instance, we did a year of consultation. If the company maintains a good relationship with communities, we’ll be able to do business and the company will be healthy.

SK: How did you position yourselves to minimize risks in the climate last year?

HCB: We were very unique compared to our peers with regards to our balance sheet in 2009. Traditionally, Angle has been a lower debt carrying company than a number of our peers. We like to keep a manageable level of debt to allow us a flexible amount of opportunity.

In 2009, the environment was a big influence on the industry. Prices were very low. No one knew exactly where gas prices were going to go—we’re probably no more right than the economists on that. We decided to keep a good balance sheet, maintain a low debt level, which we felt that was our best bet for opportunity. Purchases of very, very good assets would be available for Angle to potentially buy because of our balance sheet, so we were able capitalize on that idea. We added some good quality assets to drill on, capitalized on our balance sheet, and this allows the company to grow on opportunities. We’re set up for 2011 and 2012.

SK: How do you see the energy industry in Canada shaping up?

HCB: We certainly see quite a bit of upside in the energy business here for us, and for our shareholders. These commodities are needed. They’re always going to be needed, that will not go away. You’re certainly going to go through cyclical ups and downs, which we see. But what I see collectively in this industry and especially in Calgary, there are a lot of very smart people. So I have every confidence that with improvements in technology, costs will be driven down, and it will be exciting to start seeing profit margins increase on these projects we’re talking about now.

SK: Last question: Is there anything unique about being a woman in this industry?

HCB: Well, the one thing I noticed when we went public is that people will remember you!

I do see that in Calgary there is an air of professionalism and there are a percentage of women rising in this industry’s roles. It is a challenge—you need good support systems, you need good family support, the ability to do the job right, and you need good partners. You really do need that support and approach.

But it’s not impossible. It’s a great job. I enjoy what I do, it’s a challenge—it has never been a dull day—it’s a great opportunity for women.