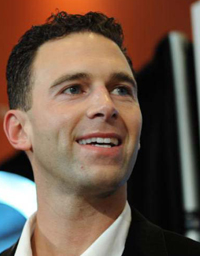 The Canadian Business Journal recently spoke with Wind Mobile CEO Anthony Lacavera to get his impression on the latest developments within the telecom industry and where some of his concerns are focused, based on recent government announcements, and the upcoming spectrum auction, scheduled for the early part of next year.

It is Lacavera’s contention that the so-called Big Three (Bell, Telus and Rogers) are still doing all they can to slow progress of the small, new companies like Wind.

“We’ve been very vocal about the need for tower sharing and roaming policies to be overhauled and penalties to be put in place when it doesn’t happen,” Lacavera tells us.  “A very big part of our network rollout we’re trying to make is a collaborative effort particularly in certain municipalities where new towers would not be an ideal thing for residents and businesses for a variety of reasons.”

“We’ve been very clear to both industry officials and competitors that we’re going to build our network regardless, and of course the big guys would like to slow us down as much as possible,” he continued.  “Unfortunately the government is not pushing these guys enough in cases where it makes sense to share and they know they can get away with not working cooperatively with competitors.”

Lacavera says it doesn’t amount to an actual barrier, but admits it does slow companies such as his down considerably.  Tower sharing and roaming remain critical issues for Wind Mobile.

“Even more important for us is that the government has really cut off the lifeblood of new competitors and not in not permitting us to buy sufficient spectrum and not even acknowledging the grotesque inequity and imbalance there is in spectrum allocation in this country with three carriers that operate two networks owning over 85 per cent of all the spectrum.”

While Lacavera doesn’t squarely lay blame on the slowdown on the Ministry of Industry and Minister Christian Paradis, it’s obvious he’d like to see more done at the federal level.

“I recognize there are a lot of competing agendas here in trying to generate cooperation and I don’t want to diminish the complexity of the task in front of him (Paradis),” Lacavera notes.  “However, I do think he’s capitulating to the incumbent interests when he doesn’t push them to share infrastructure towers where they’re clearly not strategic assets for them.”

There’s a lot of sites where Wind Mobile has built stand-alone towers in eyesight of a Bell tower that they are sharing with Telus and a Rogers tower, which to Lacavera seems to make little, if any, sense at all.

“We’re quite willing to pay a commercial level of rent to put our equipment on the towers, which would generate new revenue for them and lower costs.”

“If I was in their shoes I’d probably be trying to put up the same obstacles,” Lacavera admits.  “But someone has to get them to stop playing these games.”

Clearly that someone needs to be the federal government.

What baffles Lacavera and some of the other smaller telecom companies is that the obstacles are very transparent, leaving them wondering why it continues to be allowed.  It makes them feel as if there is no legal oversight system to make it stop – and clearly that is a mandate which must come from the federal government.  Lacavera also doesn’t see why the Big Three are so worried about sharing.

“I’ve always made the point that, in the case with Rogers, instead of stopping us from sharing with you, why don’t you just offer your customers a better product and service?”

Meanwhile, Minister of Industry Christian Paradis noted that there’s no plan on the horizon to ease restrictions on foreign ownership for the larger telecoms – Bell, Telus and Rogers, but in any event, Lacavera says that’s not a big concern to him or likely any of the other small telecoms.

“There’s no meaningful difference to small competitors whether they open up to the big guys or not,” he states.  “Because they already have a significant and established market presence they have a very attractive cost of capital.”

In order for some of the fledgling telecoms to remain viable, it’s a distinct possibility that there will need to be some consolidation and convergence of assets as time goes on.  It could be in the form of mergers or acquisitions, or the sharing of customer bases and networks.  Whether they band together or go it alone, one thing is certain based on what the government has come up with – the players must cooperate in order to survive.

Over the long haul it’s not unrealistic to believe companies such as Wind Mobile, Public Mobile and Mobilicity may try and combine forces in order to have a better chance at taking on the giants in the industry.