CBJ – Apple posted an impressive 33% increase in profit the last quarter due to a strong demand for the iPhone and a jump in sales in China. The California-based high-tech company also boosted its capital- return program by $70 billion.

Net income in the quarter that ended in March was $13.6 billion, or $2.33 a share, and revenue rose 27% to $58 billion. IPhone sales in greater China outpaced those in the U.S. for the first time, helped by the Chinese New Year celebration.

Demand for the larger-screened iPhone 6 and 6 Plus is putting Apple on pace for its highest annual profit since 2012.

Analysts on average had forecast second-quarter profit of $2.16 a share and sales of $56 billion, according to data compiled by Bloomberg. 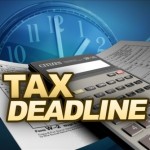