CBJ – Many Apple customers are frustrated and complaining that their mobile devices have crashed after attempting to upload the new iOS 9 operating system. It’s just the latest in a growing list of technical glitches for the California-based company.

Twitter has been loaded with a frenzy of upset individuals who have been tweeting their annoyance. One common theme is that the troubles for many has resulted from upgrades to older models of Apple iPhones and iPads.

Apple’s headquarters in San Francisco has not yet officially responded to the problem. 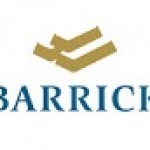