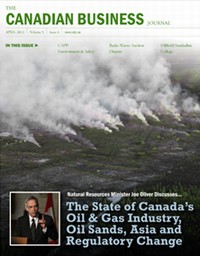 As part of the federal budget, Finance Minister Jim Flaherty introduced a new regulatory policy that finally brings resolution to a number of ongoing disputes within the oil and gas industry. No longer can environmental assessments endlessly drag on for potential projects under review.

A venture’s fate must now be determined within two years. Environmentalists had anticipated time limits would be imposed, but what took them by surprise was the retroactive nature of Flaherty’s revision to include projects already under review, such as Northern Gateway. Their concern is that such a decree means changing the rules midway through a long and complicated process – with emphasis on “long”. While true, the regulatory review process has been horribly broken, stuck in a quagmire of deepening quicksand.

Regardless of what side you’re on, surely we can all agree that the details and arguments for an oil and gas project can be made – both for and against – within 24 months. Lingering delays for eight years – or more – with no additional information brought to the table, is nothing short of asinine. If a project is deemed safe, it will proceed. If not, it’s over – and everyone moves on.

Further to the budget, Flaherty and the feds aim to eliminate our national debt by 2015 – a rather lofty and ambitious goal to say the least, considering the projection for fiscal 2012-13 comes in at just over $21 billion. A $5.2 billion chunk of that is to come via decreases in government spending and trimming of operations.

Flaherty can take solace in knowing a number of financial experts, including BMO Nesbitt Burns Deputy Chief Economist Douglas Porter, believe Canada’s finances are in a better position than anticipated. But for residents of Ontario, the glass is only half full. Two days prior to Flaherty’s budget, Ontarians were informed by provincial Finance Minister Dwight Duncan that their budget deficit now stands at $15.2 billion.

Of Don Drummond’s 362 recommendations to rid the deficit, the Grits have accepted half.

Nonetheless, Duncan is confident of balancing the budget, and added this quip.

“We’ll certainly get there before the Leafs win the Stanley Cup.”

Why is it this attempt at humour just doesn’t seem funny coming from a politician? Other than the fact it’s a tired, stale joke, it’s probably because it’s taxpayers’ money on the line – and possibly because there are those who would question whether the statement is actually true – which is a deeply troubling thought unto itself. 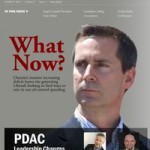 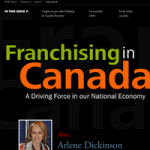