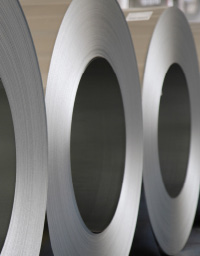 ArcelorMittal, the world’s largest steel producer, made headlines late last month with its announcement to invest more than C$2.1 billion in its Canadian operations, an effort that will result in the creation of more than 8,000 jobs.

The announcement includes ArchelorMittal’s two Quebec sites, with construction plans in Port-Cartier, and further expansion of its existing operations at the Mont-Wright Mining Complex of Fermont.

The Mont-Wright site is linked by a 420-kilometre railway to the Port-Cartier Industrial Complex, which comprises a pellet plant, storage areas, and port facilities for shipping.

The important investment in the Mont-Wright Mining Complex and the Port-Cartier Industrial Complex marks the biggest iron ore expansion in Quebec since the 1950s. The big investment also follows earlier news of a positive first quarter for ArcelorMittal, as net earnings grew to 69 cents a share, up from 42 cents a year prior. Quarterly revenue also grew by more than 27 per cent, to more than $22.2 billion, up from the previous level of $17.4 billion a year earlier.

“The investment of ArcelorMittal will be a true motor of economic development and of creation of the wealth for the region,” Serge Simard, Delegate Minister for Natural Resources, said at a May press conference.

“ArcelorMittal Mines Canada is a flagship mining asset for the group, which offers considerab le opportunity for expansion. We have already announced our intention to grow our iron ore production to 100 million tonnes by 2015 and this expansion forms an important part of that,” Peter Kukielski, Member of the Group Management Board and Head of Mining for ArcelorMittal, said in a statement.

The world’s leading integrated steel and mining company, ArcelorMittal holds a major global presence. ArcelorMittal Mines Canada is a wholly-owned subsidiary of ArcelorMittal, with 320,000 employees in more than 60 countries. As the leader in all major global steel markets, including automotive, construction, household appliances, and packaging, ArcelorMittal covers all key emerging markets and mature markets.

The Canadian arm of its global operations, ArcelorMittal Mines Canada represents one of Canada’s leading suppliers of iron ore to steel markets around the world, generating about 40 per cent of Canada’s steel production. As both a mining and primary processing company, it operates extensive facilities in the Province of Quebec.

“Thanks to an investment such as the one announced today by the mining corporation ArcelorMittal, we will develop the North and we will create wealth for the body of Quebec,” said Premier of Quebec John Charest.

Added Nathalie Normandeau, Deputy Premier of Quebec, “The announcement by ArcelorMittal acts as the first step in the implementation of Plan North,” an arrangement that could create or consolidate about 20,000 jobs annually for Quebec, valued at more than $14 billion.