Are Canadian Courts Toughening Up On Private Arbitration?

In this case, the Court looked at the transcript of the arbitration hearing and at the written materials filed at that time, and supported the arbitrator’s decision by ruling that he had not wrongly assumed jurisdiction. In fact, the party complaining never challenged the arbitrator on jurisdiction until after the arbitrator released his decision, a decision it did not like. The take away is that motions made such as this that smell of sour grapes tend to fail.

More importantly, the Court reviewed the basic test for settling side an arbitrator’s award. And that test requires evidence that the arbitration process and the arbitrator’s award is so unreasonable that the parties’ legitimate interests in the arbitration are not adequately protected. In practical terms, what this means is that an arbitrator need not be perfect in his work. He does not even need to be correct in admitting or refusing to accept evidence. In addition, an arbitrator does not need to be correct in his factual findings or in his application of the law to the facts as he finds them.

In other words, correctness is not the standard. Reasonableness is, and the arbitrator has to make a virtual mess of the process before the point is reached where a motions court will set aside the arbitrator’s award and order a fresh arbitration before a new arbitrator. That the legal standard is set this high speaks to the fact that our courts respect and support private arbitration where parties choose to participate in it as an alternative to litigation.

Leaving aside these procedural issues, there is a substantive issue that businesses need to face when electing to resort to private arbitration rather than litigation. And that involves several provincial statutes that provide consumers with minimum prescribed rights that arbitrators cannot compromise. For example, the right of residential tenants under provincial landlord and tenants laws; the protections afforded to consumers under consumer protection legislation; and the rights of employees under provincial employment standards laws are protected from private arbitration where these minimum rights might be at risk.

In the 2019 decision of the Ontario Court of Appeal in Heller v Uber Technologies Inc.[2019 ONCA 1] the Court stayed a private arbitration in favour of a class action brought by an Uber driver against that company. In a very lengthy set of reasons the Ontario Court of Appeal reaffirmed its deference to private arbitration in purely commercial matters. However, in this case, the Court was concerned with the power imbalance at various levels between Uber and its drivers. As a result, it came to the conclusion that that the arbitration agreement effectively had the potential to compromise the employment standards rights of Uber drivers under Ontario’s Employment Standards Act and that those rights as expressly provided in this Act took precedence over the parties signed arbitration agreement.

The take away from this decision is to proceed with caution before seeking arbitration agreements from parties where there is a significant power imbalance and where the relationship is not really a ‘business to business’ relationship. While the courts still support private arbitration as with everything that support resembles an elastic band. Stretch it too far and it breaks. 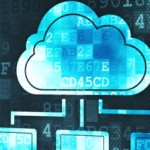 Three Ways to Beat the Risks That Come with Cloud Computing