Are You A Lion Or A Lamb?

If you have read any of my previous articles here at The Canadian Business Journal, you will know that I am very keen on people watching and how this relates to businesses. A great case in point is a recent experience on the subway in Toronto when all of a sudden without warning the electricity went off while our train was in a tunnel. Luckily the emergency power kicked on right away to provide some lighting. However, there was no air conditioning which meant it was uncomfortable on that hot summer day to be locked in this steel environment.

We did not hear right away from Transit Control as to the reason why the shutoff occurred, so I looked around me to see what people were doing on the rather packed car I was in. Several who had been standing due to a lack of available seats decided to sit on the floor and pull out their computers or other devices and work. Luckily we were sitting in the first car, which had partially started to come out of the tunnel before the shut down so we did have access to the internet.

Finally, Transit Control announced that due to heavy rain that fell the day prior there were some signalling problems and that service would restart as soon as possible. However, a moment later people started to walk to the back of the train in droves, many saying they were not sure why everyone was heading back there, but still walking with the crowd regardless.

Six of us decided to stay where we were in the first car, instead of following the ‘crowd’ without knowing why. Shortly thereafter the driver made an announcement that the last door of the last car of the train was still sitting next to the end of the platform of the station we had just started to leave before the power went out. If anyone wanted to leave and wait for buses that were being sent to move passengers up and down the line at street level they were welcomed to go. All of us still sitting in the first car looked at each other and jointly discussed that it was likely better to stay on the train and wait for an update before taking the same route as everyone else did.

Part of the decision was based on the driver informing us that for a train of our size, and as full as it was before the stoppage, it would likely take five to six empty buses to make their way to our station let alone all the other four stations that were affected by the line going down.

We all concluded that we were better off staying put than joining hundreds of people from the train who had exited not to mention all the new people that would be arriving at the subway stop expecting service to be working.

It gave me rise to think about how some businesses act more like a lion working on whatever challenges might occur that they hadn’t expected. Where they are prepared to examine possible choices and then once they do, commit to moving forward, or in our case waiting it out. Then I considered the hundreds of people who seemingly marched as one towards the back of the train, many without understanding that they might actually be able to exit the last car door. Instead, they acted like the lamb who follows the crowd regardless of knowing the facts or weighing the outcome.

As we sat on the subway after about 30 minutes one of women announced that she was on Twitter and people were commenting on how buses had yet to arrive. We all looked at each other and conferred with the train driver and determined that we had likely made the better decision based on the limited facts that we had available to us.

In the end, it took just over one hour for the trains to start moving again. Meanwhile, hundreds of people were still waiting at all the stops that had been affected for buses that had yet to arrive.

How does this relate to businesses? Well, in my vast experience as an employee as well as running my own consulting business I have seen time and time again how many businesses run their organization just like everyone else in their industry regardless of whether it is working or not.

In fact, I created my R7 System™ after consulting many companies because I found many business owners reluctant to get out of the lamb mentality and take on the role of a lion and do things differently. My system was then built to help them see things they might never have considered or noticed before.

For example, where I live in Toronto there are about eight different chiropractors within a three-block radius. Each of them, from what I have observed have the same type of website, little if no advertising for new patients, lack of follow up on patients to remind them that their benefits are running out soon (as it gets closer to the end of a calendar year), they don’t request referrals and so many other things that they could be doing to ensure that they have a steady and consistent stream of patients.

Why is that so? A number of them tell me it is because that is not what is done in their industry or taught to them when they went to school. Instead, they are missing so many opportunities to increase their patient load. They are doing what I call ‘leaking opportunities’.

And it is not only this type of business/profession where I see this sort of thing happening but it is across multiple industries and types of businesses.

Leaders or owners of organizations get into a rut of doing the same thing over and over again just because… “that is the way it is done in their industry or the way things have been done”, regardless of whether it is giving them a great return on their investment of time, resources, money etc.

• If you had been on the subway that day with me, what would you have done – weighed the facts like a lion or been one of the lambs following the crowd just because?

• Where in your business are you doing things, without really examining or determining if that is the best direction or action for your organization? This is a question for any size of organization.

• What is one thing you know you should either start doing or stop doing in your organization that would make a difference (even slightly), but you are holding off for no good reason?

Sharon Worsley, The Business Development Ninja™ is the creator of the R7 System™ to Flood Your Business With Clients Today, Tomorrow and Beyond, helping businesses to ‘Wake Up, Shake Up, and Show Up’. She also consults and coaches peak performers to excel as leaders. To learn more, contact Sharon at [email protected] 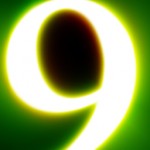 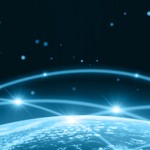