Are Toll Highways the Answer for GTA Congestion Woes? 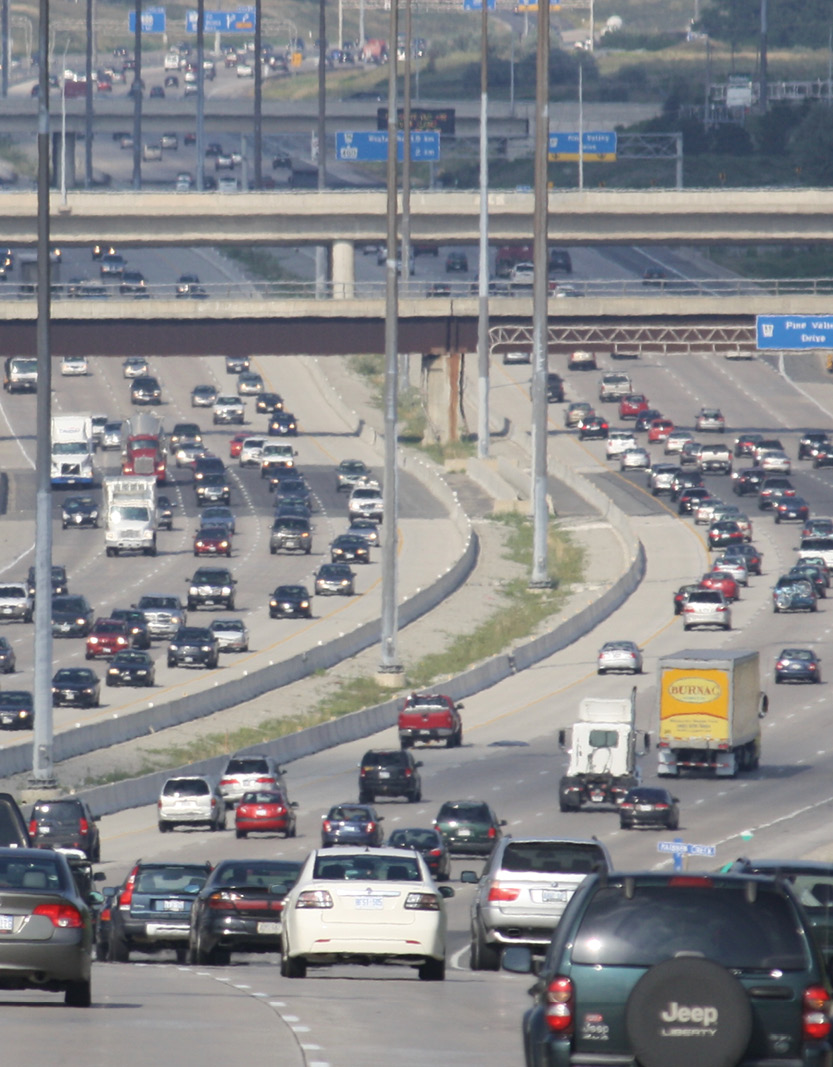 For the many thousands of commuters in the Greater Toronto Area, they know too well the pain and suffering of the daily grind due to a woefully inadequate infrastructure to move people around.  Every year more and more people move to the area, but as the old saying goes “they aren’t building more land”.

Delayed productivity due to excessive time being stuck in traffic is estimated to cost the economy $6 billion.

For some time now, Ontario Premier Kathleen Wynne has been saying new tolls and taxes appear to be the only solutions to pay for a much-needed massive upgrade in transit infrastructure for the Greater Toronto Area, where traffic congestion has not only reached the critical meter, but moved well beyond it.

Some Toronto city councillors are also putting forward the notion that tolls are working for other major North American cities, despite the hatred towards them from drivers for obvious reasons.  Outspoken Councillor Adam Vaughan has pointed to the success toll highways have had in such cities as New York and Boston.

Pushback from the opposite side comes directly from drivers, who feel they pay enough money in taxes and therefore shouldn’t have to essentially pay more for services. Unlike the old days with toll booths set up along expressways, there’s no reason to believe a transponder system couldn’t also be set up similar to that which is used on Highway 407 in Ontario.

It’s estimated tens of billions of dollars will be needed over the next two decades to proper address concerns for both aging infrastructure and that which hasn’t even yet been built to accommodate the scores of additional automobiles now on the arteries of Toronto on a daily basis.

Making matters worse for city budget planners and infrastructure engineers is there’s not only a need for more roadway capacity but what’s currently in place is now crumbling before our eyes. One need look no further than the Gardiner Expressway, which has been known to drop chunks of concrete the size of basketballs crashing dangerously to the Lakeshore below.  Luckily, nobody thus far has been injured.

When city planners first designed the overall infrastructure of Toronto back in the 1950s and continued with additional projects through the 1960s and 1970s, there was never the thought that the city would turn into the mega metropolis it is now.

During a speech earlier in the spring at the Toronto Region Board of Trade, Wynne stressed any tolls or taxes would be 100 per cent dedicated to combating gridlock by improving public transit and roads.

“I believe that any investments from new revenue must be entirely and transparently dedicated to transportation projects so that the cost is tied to a measurable result,” the premier said at the time.  “People need to know what they are paying for and they need to see where the money is going.”

Wynne believes that motorists should not bear the burden of bankrolling the new infrastructure by themselves.

“This cannot just be about one group of commuters,” she said. “Contrary to what some people will have you believe, there is no war on cars; no war on transit; no war on cyclists.”

The Toronto Region Board of Trade also weighed in on the matter, indicating that a regional sales tax and a regional fuel tax could generate from $1 to $1.6 billion annually. A levy on parking spaces and road tolls could generate between $640 and $840 million.

But there’s certain to be a huge public outcry from the many millions of Ontario taxpayers who live well beyond the borders of the Toronto Region, who quite simply aren’t going to want to pay higher taxes that will result in limited to no benefits for them.  And therein is the tough sell with voters. In fact, there are those within Toronto who are vehemently against going the toll route, including its often-in-the-news Mayor Rob Ford, who has gone on record as a strong opponent of Metrolinx’s ideas on how to raise money to pay for the major transit upgrades.

“Toronto’s congestion is a major issue affecting its reputation and its productivity,” says Wynne.

Among Metrolinx’s initial recommendations released this past spring included: highway tolls, a fuel tax, transit fare increase, and parking space fees at locations such as Go Train stations and even some shopping malls.

The funding is needed to generate the $2 billion a year required to support a regional transit expansion plan expected to cost at least $50 billion over a 25-year cycle. Wynne says there will be province-wide benefits to investing in transit in the region. While that is true at the core – will voters outside the Toronto Region be on board come election time?

The plan from Metrolinx includes “The Big Move” which is designed to bring 80 per cent of the Toronto region’s population within 2 km of rapid transit. There will be no revisions to the HST, with Federal Finance Minister Jim Flaherty already stating that would be in contravention of an agreement made between Queen’s Park and Ottawa when the GST and PST where harmonized.