THIS NEWS RELEASE IS NOT FOR DISTRIBUTION TO U.S. NEWSWIRE SERVICES OR FOR DISSEMINATION IN THE UNITED STATES

TORONTO, March 29, 2021 (GLOBE NEWSWIRE) — Arena Minerals Inc. (“Arena” or the “Company”) (TSX-V: AN) is pleased to announce that the Company has entered into a binding memorandum of understanding (the “MOU”) with LITH-ARG Acquisition LLC (“LITH-ARG”) to acquire 100% of the Sal de la Puna lithium brine project (“Sal de la Puna Project”, or the “Project”), which covers 11,000 hectares of the Pastos Grandes basin in Argentina.

Eduardo Morales, Executive Chairman of Arena, commented: “The acquisition of Sal de la Puna is the first and important step in executing our business model. The Project presents many distinct advantages allowing us to be optimistic about a shortened production schedule, notably a favourable geochemistry similar to those we have worked on in the past, previously defined brine bodies, and large land holdings. The Project has the potential to define a large high-grade brine resource that is amenable to producing lithium chloride (“LiCl”) products alongside our Antofalla asset, which lies only 180 km south. For Arena to be able to acquire such a quality asset is a testament of the dept of the company in both its lithium expertise and its recently announced partnership with Ganfeng Lithium, a global leader in the industry.”

The Sal de la Puna Project covers approximately 11,000 hectares of the Pastos Grandes basin located in the Puna region of Salta province at an average elevation of 4,000 metres above sea level. The project hosts a large portion of the Pastos Grandes salar adjacent and south of Millennial Lithium’s 12,700 hectare Pastos Grandes project and Litica’s Pozuelos-Pastos Grandes project which shares the northern portion of the same salar. Litica is a subsidiary of Latin American leading oil and gas producers PlusPetrol S.A., who acquired LSC Lithium in 2019 giving them ownership of their lithium assets in Argentina. The Sal de la Puna project is also located 50 km north of Lithium X Energy Corp.’s project, which was sold for $265 million in 2018, where Mr. Morales and Mr. Randall were senior executives.

Approximately $22 million has been invested in the property by the current private operators/owners, including approximately $13 million in work completed at Sal de la Puna over the last 5 years. Work included drilling of three wells including a pumping well to around 600 metres below surface, pumping tests, seismic & TEM geophysical surveys. The drilling was carried out on a portion of the Alma Fuerte, one of the nine 100% owned claims.

Based on the drilling completed in 2018 and 2019, a preliminary resource estimate covering part of the southern portion of the Sal de la Puna lithium brine project was completed by Centaur. The estimate resulted in an indicated brine resource of 500,000 tonnes of lithium carbonate equivalent and an inferred brine resource of 300,000 tonnes of lithium carbonate equivalent (“LCE”). The average resource grade for both categories was estimated at 450 mg/l Li. Higher grades were found within the aquifer, including results from a 72-hour pumping test that averaged 533mg/l Li. The Project has extensive land holdings sufficient for the construction of well fields and evaporation ponds.

Arena is treating this mineral resource as historical. A qualified person has not done sufficient work to classify this historical estimate as current mineral resources and the Company is not treating the historical estimate as a current mineral resource for the Sal de la Puna Project. Arena plans to conduct additional work on the property prior to completing an up-to-date mineral resource estimate. Previous drilling focused on the western portion of the Alma Fuerte claim, only covering a minor portion of the claim blocks. Geophysical surveys have identified potential brine bodies beyond those drilled. As such, the Company believes the Project presents an excellent opportunity to identify a significant resource that fits the objective of establishing one or more assets each capable of a 5,000 to 10,000 tonne per annum LCE.

The MOU and the HOA

Under the MOU, LITH-ARG agrees to assign all rights, title and interest in the HOA to Arena in consideration for payment by Arena to LITH-ARG or to its direction of (a) 49,345,314 common shares of Arena (the “Consideration Shares”) (b) 18,384,519 share purchase warrants each entitling the holder to acquire one common share of Arena at a price of $0.16 per common share for a period of 24 months following closing (the “Consideration Warrants”) (c) a cash payments of USD $1.98 million.

The HOA (as assigned) provides that Arena may purchase from CRL all of the shares of Centaur Resources Holdings Pty Ltd., an Australian holding company which in turn holds all of the outstanding shares of Centaur Resources PG SAS, the Argentine subsidiary and owner of the lithium brine claims. CRL has confirmed in the MOU that Arena may purchase Centaur directly instead of purchasing this intermediate holding company. The HOA provides that the remaining aggregate purchase price for the acquisition is approximately USD$14.4 million. LITH-ARG has made initial payments as per the HOA for a total of USD $3.5 million since the signing of the HOA in September 2020.

The transactions contemplated by the HOA are subject among other things to the execution of a definitive agreement between Arena and CRL which will replace the HOA, which agreement must be completed by June 24, 2021. As part of the discussions involving the definitive agreement, CRL and Arena are considering structuring alternatives which would reduce the cash outlay by Arena required to complete the transaction.

The transactions contemplated by the MOU and the HOA are subject to receipt of applicable regulatory approvals, including the approval of the TSX Venture Exchange.

The technical information contained in this news release has been reviewed and approved by William Randall, P.Geo, who is a Qualified Person as defined under NI 43-101. As President and Chief Executive Officer of the Company, Mr. Randall is not considered independent.

Arena also owns 80 percent of the Atacama Copper property, consisting of two projects covering approximately 7,000 hectares within the Antofagasta region of Chile. The projects are at low altitudes, within producing mining camps in infrastructure-rich areas, located in the heart of Chile’s premier copper mining district.

For more information regarding the Company, its management, expertise, and projects, please visit www.arenaminerals.com. An email registration allowing subscribers to directly receive news and updates is also available on the website.

On behalf of the Board of Directors of: Arena Minerals Inc. 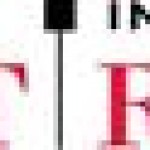 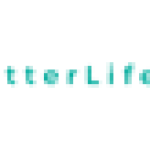