VANCOUVER, British Columbia, June 01, 2021 (GLOBE NEWSWIRE) — AREV NANOTEC BRANDS INC. (CSE: AREV) (OTC: AREVF) (”AREV” or the “Company”) is pleased to announce it has expanded its extraction results to Clinical Characterization of Compounds and provides this update of corporate developments consistent with its news announcements and AREV’s transformed corporate website now located at www.arevlifesciences.com. The Company encourages its shareholders and interested parties to review the new website in light of this and recent news releases.

In the first five months of 2021, AREV has advanced its core competencies in extraction systems, functional ingredient production, and natural product formulations, expanding its know-how into innovative plant compound identification and medicinal characterization for utility in the Company’s development of advanced-stage nutritional foods and discovery of plant-based drugs (or phytomedicinalization). Working with noted experts recruited to AREV’s leadership and Scientific Advisory Board (SAB), AREV’s corporate team has also initiated collaborations and significant negotiations with third-party academic and business partners to enhance its participation in programs involving preclinical, clinical, and U.S. FDA-approved drugs.

Mike Withrow, AREV CEO, said, “AREV is becoming a fully integrated early-stage life sciences enterprise. I am pleased that AREV’s pursuit of its prior business model created the valuable shareholder opportunity on which the Company is quickly executing, from enhancement of AREV’s extraction innovations to its proprietary initiatives with the characterization of therapeutic compounds found in sea cucumber, Moringa, and other natural sources. AREV is in a substantial growth stage through its advancement of creative collaborations with the advice of its high-level appointments to the Company’s Scientific Advisory Board.”

AREV is invested in phytomedicinal discoveries of broad spectrum antivirals and has made significant commitments to human nutrition in areas of unmet need in strategic markets, including the development of an advanced-stage Ready-to-Use Therapeutic Food (RUTF) for Severe Acute Malnutrition (SAM), branded as SUS-TAINN, and an Enteral Formula, RES-TORE. Through our SAB and our development of collaborations, with Voynich Biosciences, Inc. and Oyagen, AREV is connected to the Linus Pauling Institute at Oregon State University (OSU). AREV is engaging scientists to characterize compounds for its proprietary ingredients while building AREV’s team of preclinical drug discovery partners in the Company’s rational drug design, driven by molecular epidemiology.

On the second of these revenue strategies, through the recently announced collaboration with GVB Biopharma, AREV is preparing to launch two soft gel products containing proprietary, characterized ingredients derived from sea cucumber and hops infused with CBD.

On behalf of the Board, 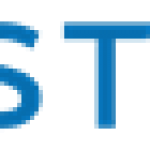 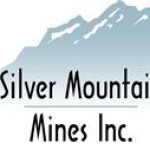