CALGARY, Alberta, Dec. 06, 2019 (GLOBE NEWSWIRE) — Arrow Exploration Corp. (“Arrow” or the “Company”) (TSXV: AXL), announced today that as a further step to reduce costs, the Company has terminated its agreement with Integral Wealth Securities Limited (“Integral”) to provide Market-Making services in accordance with TSX Venture Exchange (“TSXV”) policies and guidelines and other applicable legislation. On November 7, 2018, Arrow announced it had engaged Integral to trade securities of the Company on the TSXV with the objective of maintaining an orderly market of the Company’s securities. The termination of the agreement is effective December 31, 2019.
Stock Option Issuance in ErrorArrow also announced today that its previous news release issued on December 3, 2019 announcing the December 2, 2019 grant of 150,000 stock options to a director was issued in error and, accordingly, no options were granted on such date or are being issued at this time.About ARROW ExplorationArrow Exploration Corp. (operating in Colombia via a branch of its 100% owned subsidiary Carrao Energy S.A.) is a publicly-traded company with a portfolio of premier Colombian oil assets that are under-exploited, under-explored and offer high potential growth. The Company’s business plan is to rapidly expand oil production from some of Colombia’s most active basins, including the Llanos, Middle Magdalena Valley (MMV) and Putumayo Basin. The asset base is predominantly operated with high working interests, and the Brent-linked light oil pricing exposure combines with low royalties to yield attractive potential operating margins. Arrow’s seasoned team is led by a hands-on and in-country executive team supported by an experienced board.  Arrow is listed on the TSX Venture Exchange under the symbol “AXL”.For further information contact:Jack Scott
Interim CEO & COO
P: +57 1 241 1110 ext. 5110
E: [email protected] 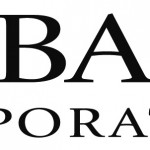