CALGARY, Alberta, Dec. 08, 2020 (GLOBE NEWSWIRE) — ARROW Exploration Corp. (“Arrow” or the “Company”) (TSXV: AXL) and Petrolco S.A. (“Petrolco”), the Company’s partner on the Tapir Block in the Llanos Basin, are pleased to announce the re-start of oil production from the Rio Cravo Este-1 (“RCE-1”) well.
The partners agreed to re-start production from RCE-1 due to the increased prices of Brent crude oil and following negotiations with certain vendors to lower field operating costs related to RCE-1. The agreement to re-start production was entered into on December 1st, 2020 between Samaria Llanos Exploration (“Samaria”), an indirect subsidiary of Arrow, and Petrolco. Production resumed on December 5th, 2020.As of December 7th, 2020, RCE-1 was producing at a rate of approximately 443 barrels of oil per day (221.5 barrels of oil per day, net to Arrow) of 28.50 API crude at a 71.4% water cut. Effective December 4th, 2020, Samaria entered into an off-take agreement with Frontera Energy Colombia Corp. (“Frontera”) with respect to oil production from the Tapir Block.The re-start of production from RCE-1 is expected to provide Arrow with additional cash flow to help support the Company’s operations going forward. The Company has historically experienced some of its highest netback production from RCE-1, in light of the comparatively lower per barrel field operating costs on the Tapir Block.About ARROW ExplorationArrow Exploration Corp. (operating in Colombia via a branch of its 100% owned subsidiary Carrao Energy S.A.) is a publicly-traded company with a portfolio of premier Colombian oil assets that are under-exploited, under-explored and offer high potential growth. The Company’s business plan is to expand oil production from some of Colombia’s most active basins, including the Llanos, Middle Magdalena Valley (MMV) and Putumayo Basin. The asset base is predominantly operated with high working interests, and the Brent-linked light oil pricing exposure combines with low royalties to yield attractive potential operating margins. Arrow’s 50% interest in the Tapir Block is contingent on the assignment by Ecopetrol SA of such interest to Arrow. Arrow’s seasoned team is led by a hands-on executive team supported by an experienced board. Arrow is listed on the TSX Venture Exchange under the symbol “AXL”.For further information contact:Marshall Abbott
Chief Executive Officer
mabbott@arrowexploration.ca
(403) 651-5995Neither the TSX Venture Exchange (TSXV) nor its regulation services provider (as that term is defined in the policies of the TSXV) accepts responsibility for the adequacy or accuracy of this release.Forward-looking StatementsThis news release contains certain statements or disclosures relating to Arrow that are based on the expectations of its management as well as assumptions made by and information currently available to Arrow which may constitute forward-looking statements or information (“forward-looking statements”) under applicable securities laws. All such statements and disclosures, other than those of historical fact, which address activities, events, outcomes, results or developments that Arrow anticipates or expects may, could or will occur in the future (in whole or in part) should be considered forward-looking statements. In some cases, forward-looking statements can be identified by the use of the words “continue”, “expect”, “opportunity”, “plan”, “potential” and “will” and similar expressions. The forward-looking statements contained in this news release reflect several material factors and expectations and assumptions of Arrow, including without limitation, Arrow’s evaluation of the impacts of COVID-19, the potential of Arrow’s remaining Colombian assets (or any of them individually) to resume production, and Arrow’s business plan to expand oil production and achieve attractive potential operating margins. Arrow believes the expectations and assumptions reflected in the forward-looking statements are reasonable at this time but no assurance can be given that these factors, expectations and assumptions will prove to be correct.The forward-looking statements included in this news release are not guarantees of future performance and should not be unduly relied upon. Such forward-looking statements involve known and unknown risks, uncertainties and other factors that may cause actual results or events to differ materially from those anticipated in such forward-looking statements. The forward-looking statements contained in this news release are made as of the date hereof and the Company undertakes no obligations to update publicly or revise any forward-looking statements, whether as a result of new information, future events or otherwise, unless so required by applicable securities laws. 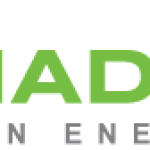 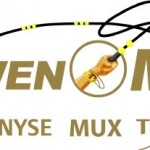 McEwen Mining Update on the San José Mine