VANCOUVER, British Columbia, Dec. 13, 2019 (GLOBE NEWSWIRE) — Ascent Industries Corp. (CSE: ASNT) (“Ascent” or the “Company”) is pleased to announce that Affected Creditors (as defined in the Plan) approved the Company’s first amended and restated consolidated plan of compromise, arrangement and organization (the “Plan”) under the Companies’ Creditors Arrangement Act (“CCAA”) at a meeting of Affected Creditors (the “Meeting”) held on December 12, 2019.The Plan was supported by 98% of the number of Affected Creditors and 97% of the value of Affected Claims (as defined in the Plan). Pursuant to the CCAA, the Plan required the approval of a majority in number of Affected Creditors, who represent at least two-thirds in value of the Affected Claims, who actually vote, or who, under the terms of the Plan, are deemed to have voted on the resolution approving the Plan at the Meeting.The Company intends to appear before the Supreme Court of British Columbia (the “Court”) on December 19, 2019 to seek a sanction order in respect of the Plan. Implementation of the Plan is subject to, among other things, the Court’s approval and sanction of the Plan and the fulfillment or waiver of certain conditions set out in the Plan. Provided all conditions to the Plan are met or waived, and the Plan is sanctioned by the Court, it is anticipated that the Plan could become effective on or prior to December 31, 2019.CORPORATE UPDATEAs part of its efforts to execute on its revised business plan which focuses on the high potential THC and hemp CBD markets in the United States, the Company is reviewing its operations in Oregon. Based on the latest developments in the Oregon market and its own internal analysis, the Company is of the view that the level of investment required to operate successfully in Oregon may not be supported by the level of funding that is expected to be available upon the Company’s exit from CCAA.The Company intends to focus its efforts and resources on establishing a hemp CBD and cannabis product line and expanding its operations in Nevada. The Company’s revised business plan envisions a line of Ascent hemp CBD and cannabis products which are sold in dispensaries across the United States.Copies of the Plan and other Court materials and information relating to the Plan and the CCAA proceedings, all as may be updated or amended from time to time, are available on the website maintained by  Ernst & Young Inc., the Court-appointed CCAA monitor (the “Monitor”), at www.ey.com/ca/ascent.  All inquiries regarding the Company’s proceedings under the CCAA should be directed to the Monitor by mail at Ernst & Young Inc., Pacific Centre, 700 West Georgia Street, P.O. Box 10101, Vancouver, British Columbia, Canada, V7Y 1C7, Attention:  Jason Eckford, or by e-mail at jason.eckford@ca.ey.com.About Ascent Industries Corp.
The Company’s operations currently include facilities in the United States. In the United States, the Company holds licenses in Oregon (for processing and for distribution of cannabis to any licensed entity in the state) and in Nevada (for cultivation and for production, processing and wholesale distribution of cannabis).THE CANADIAN SECURITIES EXCHANGE (THE “CSE”) HAS NEITHER APPROVED NOR DISAPPROVED THE CONTENTS OF THIS PRESS RELEASE. NEITHER THE CSE OR ITS MARKET REGULATOR (AS THAT TERM IS DEFINED IN THE POLICIES OF THE CSE) ACCEPTS RESPONSIBILITY FOR THE ADEQUACY OR ACCURACY OF THIS RELEASE.CAUTIONARY NOTE REGARDING FORWARD-LOOKING INFORMATION:
This news release contains “forward-looking information” and “forward-looking statements” (collectively, “forward-looking statements”) within the meaning of the applicable Canadian securities legislation. All statements, other than statements of historical fact, are forward-looking statements and are based on expectations, estimates and projections as at the date of this news release. Any statement that involves discussions with respect to predictions, expectations, beliefs, plans, projections, objectives, assumptions, future events or performance (often but not always using phrases such as “expects”, or “does not expect”, “is expected”, “anticipates” or “does not anticipate”, “plans”, “budget”, “scheduled”, “forecasts”, “estimates”, “believes” or “intends” or variations of such words and phrases or stating that certain actions, events or results “may” or “could”, “would”, “might” or “will” be taken to occur or be achieved) are not statements of historical fact and may be forward-looking statements. In this news release, forward-looking statements include, but are not limited to, the anticipated completion and effective date of the Plan and information relating to the Company’s revised business plan. Forward-looking statements are necessarily based upon a number of estimates and assumptions that, while considered reasonable, are subject to known and unknown risks, uncertainties, and other factors which may cause the actual results and future events to differ materially from those expressed or implied by such forward-looking statements. Such factors include, but are not limited to general business, economic, competitive, political and social uncertainties. There can be no assurance that forward-looking statements will prove to be accurate, as actual results and future events could differ materially from those anticipated in such statements. Accordingly, readers should not place undue reliance on the forward-looking statements and information contained in this news release. Except as required by law, Ascent assumes no obligation to update the forward-looking statements of beliefs, opinions, projections, or other factors, should they change, except as required by law.For further information:Paul Dillman
ir@ascentindustries.com
CBJ Newsmakers 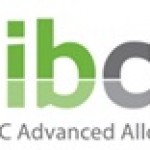 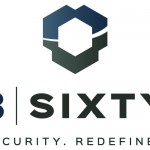