VANCOUVER, British Columbia, Oct. 31, 2019 (GLOBE NEWSWIRE) — Ascent Industries Corp. (CSE: ASNT) (“Ascent” or the “Company”) is providing this default status report pursuant to National Policy 12-203 Cease Trade Orders for Continuous Disclosure Defaults (“NP 12-203“) and applicable policy of the British Columbia Securities Commission applicable to companies, such as Ascent, that are the subject of CCAA Proceedings (as defined below).
On May 16, 2019, the Company announced that its financial statements for the year ended December 31, 2018, including the related management discussion and analysis, and CEO and CFO certifications (collectively, the “Annual Filings“) were not filed by the required filing deadline of April 30, 2019.As previously reported, Ascent is currently involved in proceedings under the Companies Creditors Arrangement Act (the “CCAA Proceeding”). Ascent has been filing default status reports contemplated by NP 12-203 and will continue to do so until such time that the CCAA Proceeding is concluded or until the default in making the Annual Filings is remedied.The Company reports that since its last news release in the first week of October, there have been no material changes regarding the information contained in that news release. Further, there is no other material information concerning the affairs of the Company that has not been generally disclosed. The Company confirms that, since its last news release in the first week of October, there have been no failures by it in fulfilling its stated intentions with respect to satisfying the provisions of the alternative information guidelines under NP 12-203, and the Company intends to file the Annual Filings and its unaudited quarterly financial statement for 2019 as soon as possible.UPDATE ON GREEN SAGE SETTLEMENTThe Company is pleased to report that we have reached a settlement with our largest creditor Green Sage LLC and its affiliates. The Green Sage claim has been resolved and they have agreed to support a Plan of Arrangement to be presented to the Company’s creditors in the near future. Once finalized and filed with the Court, a creditor meeting will be scheduled to approve this Plan. Following a positive vote at the creditor meeting, Court approval will be required to allow Ascent to exit CCAA.RESIGNATION OF MAHONY CAIOn October 8, 2019 Mahony Cai formally provided his resignation as a Director of the Company to be effective immediately.The Company would like to thank Mr. Cai for his substantial contributions and wish him all the best with his other endeavors.About Ascent Industries Corp.
The Company’s operations currently include facilities Oregon and Nevada in the United States. In the United States, the Company holds licenses in Oregon (for processing and for distribution of cannabis to any licensed entity in the state) and in Nevada (for cultivation and for production, processing and wholesale distribution of cannabis).THE CANADIAN SECURITIES EXCHANGE (THE “CSE”) HAS NEITHER APPROVED NOR DISAPPROVED THE CONTENTS OF THIS PRESS RELEASE. NEITHER THE CSE OR ITS MARKET REGULATOR (AS THAT TERM IS DEFINED IN THE POLICIES OF THE CSE) ACCEPTS RESPONSIBILITY FOR THE ADEQUACY OR ACCURACY OF THIS RELEASE.CAUTIONARY NOTE REGARDING FORWARD-LOOKING INFORMATION:
This news release contains “forward-looking information” and “forward-looking statements” (collectively, “forward-looking statements”) within the meaning of the applicable Canadian securities legislation. All statements, other than statements of historical fact, are forward-looking statements and are based on expectations, estimates and projections as at the date of this news release. Any statement that involves discussions with respect to predictions, expectations, beliefs, plans, projections, objectives, assumptions, future events or performance (often but not always using phrases such as “expects”, or “does not expect”, “is expected”, “anticipates” or “does not anticipate”, “plans”, “budget”, “scheduled”, “forecasts”, “estimates”, “believes” or “intends” or variations of such words and phrases or stating that certain actions, events or results “may” or “could”, “would”, “might” or “will” be taken to occur or be achieved) are not statements of historical fact and may be forward-looking statements. In this news release, forward-looking statements relate, among other things, the uncertainty involved in the timing of the completion of the Annual Filings and the completion of CCAA proceedings. Forward-looking statements are necessarily based upon a number of estimates and assumptions that, while considered reasonable, are subject to known and unknown risks, uncertainties, and other factors which may cause the actual results and future events to differ materially from those expressed or implied by such forward-looking statements. Such factors include, but are not limited to general business, economic, competitive, political and social uncertainties. There can be no assurance that forward-looking statements will prove to be accurate, as actual results and future events could differ materially from those anticipated in such statements. Accordingly, readers should not place undue reliance on the forward-looking statements and information contained in this news release. Except as required by law, Ascent assumes no obligation to update the forward-looking statements of beliefs, opinions, projections, or other factors, should they change, except as required by law.For further information:Paul Dillman
ir@ascentindustries.com
CBJ Newsmakers 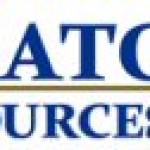