RICHMOND, BC–(Marketwired – March 09, 2016) – Continuing its support for sport in Richmond, B.C., Aspac Developments Ltd. is proud to be announced today as an Elite Level Sponsor of the Richmond Olympic Experience (the “ROX”).

As part of an eventful day at the Richmond Olympic Oval, ASPAC invited members of the Boys and Girls Club, Richmond Cares Richmond Gives, and local dignitaries to enjoy an exclusive visit to the ROX — the first member of the International Olympic Committee’s Olympic Museums Network in North America.

ASPAC is also proud to welcome Avery Quinn, a 15-year-old athlete who was inspired six years ago when ASPAC hosted the Speed Skating Community Tour throughout Richmond leading up to the 2010 Winter Olympics. Through this initiative, Quinn developed an interest in short track speed skating, and, just more than a week ago, won a bronze medal (Boys U16 3,000-metres Points Race) and silver medal (Mixed U16 3,000-metres) at the BC Winter Games in Penticton, B.C.

“At Aspac Developments, we have long supported the Olympic movement and will continue to do so,” said Raymond Li, Senior VP of Aspac Developments. “We also pride ourselves on being involved and giving back to the community. In celebration of the pursuit of dreams and excellence, ASPAC is sponsoring the exhibit of Torches and Medals. This is in line with the company’s vision.”

Following the Winter Olympics in Vancouver, ASPAC put their support in health and wellness by first becoming a Community Legacy Partner with the Richmond Olympic Oval, and now an Elite Sponsor with the ROX.

“The Richmond Olympic Experience is intended to entertain, educate, engage and inspire,” said Richmond Mayor Malcolm Brodie. “We’re delighted that ASPAC has come on board to sponsor the Torches and Medals exhibit, which is one of the most inspirational features of the ROX. It reflects our mutual commitment to excellence and continues ASPAC’s strong support of the Richmond Olympic Oval.”

Guests to the ROX, which opened to the general public on November 28, 2015, can interact with five world-class sport simulators, compete in multiple interactive challenges, touch history on digital screens, explore the Games in the Olympic Data Lounge, and marvel at over 500 priceless artifacts.

Aspac Developments Ltd. is a Vancouver-based real estate developer that gained prominence for its joint venture with Marathon Realty to transform Coal Harbour in 1993, developing the former industrial lands into one of the most refined waterfront residential neighbourhoods in Vancouver. Committed to building legacies that will last for generations, ASPAC also developed The Wesbrook at UBC and is currently building 2 River Green, part of the River Green community which is the largest and most upscale master-planned communities in Richmond. For more information, visit www.aspac.ca.

The ROX at the Richmond Olympic Oval is the first member of the International Olympic Committee’s Olympic Museums Network to be located in North America. Showcasing the journey of transformation each athlete undertakes in the pursuit of their dreams, the ROX will feature interactive media, state of the art sport simulations and inspiring displays. 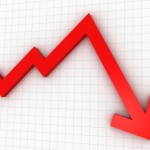