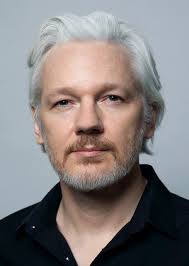 CBJ — According to his lawyer, WikiLeaks founder Julian Assange was too ill to appear via video link from a British prison in a hearing on an extradition request from the United States.

The United States is seeking the extradition of the 47-year-old Assange who was unwillingly dragged from the Ecuadorean embassy in London on April 11 when that country opted no longer to provide him with sanctuary.

WikiLeaks angered the U.S. government by publishing hundreds of thousands of secret American diplomatic cables that rated world leaders, from Russian President Vladimir Putin to members of the Saudi royal family. Assange also made international headlines in 2010 when WikiLeaks published a classified U.S. military video showing a 2007 attack by Apache helicopters in Baghdad that killed a dozen people, including two members of the media.

It is unclear as to what ails Assange, although even the judge in the case stated he is not well.

WikiLeaks said it had grave concerns about Assange’s health and that he had been moved to a health ward at London’s Belmarsh high-security prison.

The next hearing on the extradition request has been set for June 12.