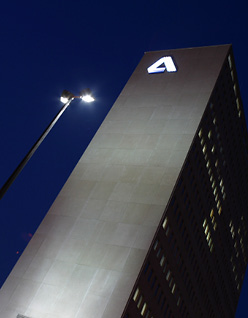 record sales in a time of downturn

“When we decided we would become more of a national company,” says Losier, “we started to look at what kinds of products were available on the market and where we would fit in the market. We decided to concentrate our effort in the mid-market with niche products, with smaller budgets but higher volume.”

The effects of the economic turmoil brought on by the housing collapse in the U.S. and the sovereign debt crisis in Europe have had global consequences of which Canada was not spared.  Streamlining operations across the board has sheltered companies but few were impervious to the rolling economic constrictions.

The insurance industry was not immune, with  Sun Life Financial, a giant in the field reporting operating losses as great as a $500 million, or 90 cents a share, in the fourth quarter of 2011, and Manulife Financial Corp. reporting a loss of $69 million in the same period.

The insurance industry is facing additional obstacles with declines in equity markets and low interest rates, though loses are not across the board.  Out of Moncton, N.B. comes a bright light in the insurance industry, a small-to-medium sized insurance company that has not only survived in these turbulent times, but has set sales records, attracting the attention of its larger peers throughout the country.

Assumption Life is a Moncton mainstay, with over 100 years of history in the community. Formed in 1903, the mutual insurance company’s focus on short-term results and long-term profits has helped the business quietly but steadily grow into one of the most viable companies in the business, active in every province and territory through a network of 5,000 brokers. Counter to industry trends, as of December 2011, Assumption Life’s held $1.2 billion in assets under management and a revenue increase to $209 million.

Assumption Life’s recent success comes partially from a strategy implemented eight years ago to expand the reach of the company beyond its primary Atlantic Canadian scope. Denis Losier is CEO of Assumption Life, and spoke to The Canadian Business Journal about the strategy behind Assumption Life’s consistency.

“When we decided we would become more of a national company,” says Losier, “we started to look at what kinds of products were available on the market and where we would fit in the market. We decided to concentrate our effort in the mid-market with niche products, with smaller budgets but higher volume.”

“Assumption Life was able to maintain profitability because we remained careful about our management decisions,” said Assumption Life’s CEO Denis Losier at Assumption Life’s Annual Meeting held February 24, in Moncton. “We also have to admit that because of our relatively smaller size, we take smaller risks than some other companies. Also, because Assumption Life is a mutual insurance company, we aren’t listed on the stock exchange and aren’t forced to act quickly in order to please impatient stockholders. This means that we can not only concentrate on our short-term results but also look toward our growth and our long-term profitability, ensuring our company’s financial stability and thus our policyholders’ financial security.”

Assumption Life also distinguished itself but concentrating on quick issue, meaning policies could be bought and paid out in a matter of hours or days, as opposed to weeks, as is industry standard. “Everything we do, every process we put into place, we want to be sure it’s very easy to do business with us,” says Losier.

A $14 million investment in new technology facilitates these quick issues policies, which led Assumption Life to expand further into Western Canada, Ontario and Quebec, where 73 per cent of its sales are now based. “We felt we had no choice but to expand our distribution system and it’s been very successful.”

Top Employer in the Country

As Assumption Life wants its clients to be happy, it works hard to create a stimulating and happy working environment for its employees, something that was recognized by Queen’s University School of Business as one of Canada’s 50 Best Small and Medium Employers in Canada and is also among the five best places to work in Atlantic Canada.

“It’s an honourable distinction and it does represent our philosophy. We have very good employees and that is how we have been able to develop those relationships,” says Losier, who cites a 96 per cent employee retention rate as indication of the company’s success.

With prescient strategizing, Assumption Life has positioned itself well and invested wisely and this same forward thinking will help propel the company in this new chapter. Given that long-term interest rates will be stable for the coming 18 to 24 months, Assumption Life hopes to further increase profitability. “Our solvency ratio is between 250 and 280 per cent, so we have a good capitalization. With the interest rates being stable for the short-term future, we don’t have those ups and down and we’ve been very careful and prudent with the management of our liquidity,” says Losier.

Speaking at the Annual Meeting again, Losier concluded, “We’re too small to allow ourselves to do anything to excess or to take foolish risks. The watchword is ‘Caution’. When this difficult economic period is over, and with our continuing sales success, I’m hopeful that our profitability will increase substantially.”