VIEW BROCHURE
Copper and Zinc exploration in the Canadian Arctic

Traditionally recognized as two of the most sought-after minerals, copper and zinc stand to increase in popularity as society moves more towards an electric-based society, as opposed to hydro-chemicals. One such company that stands to benefit greatly from this anticipated upswing is Aston Bay Holdings Ltd.

The Canadian Business Journal recently spoke with Aston Bay Holdings CEO Thomas Ullrich, who works out of the Toronto office and joined the company about a year ago equipped with more than 20 years of experience in mineral exploration and geoscience.

Aston Bay Holdings was founded by Benjamin Cox and Michael Dufesne who had been seeking high grade, large copper deposits in North America with a belief that such a find would be extremely attractive to a large mining company. The business opportunity became reality after Cox had seen a sample sitting in the offices of Commander Resources who owned the claims at the time. Cox assumed the sample had been mined from the African Congo copper belt. But, much to his surprise, he was informed the sample wasn’t from Congo but rather it was from Canada.

“Benjamin got very excited because that’s exactly the type of thing large companies are looking for – Congo-style copper. They signed an option agreement to do work on the property and that’s what they’ve been doing ever since and really it’s been a single-asset company,” begins Ullrich.

Prior to joining Aston Bay, Ullrich spent five years working with Antofagasta Minerals looking for copper projects in North America. In seeing many projects he believed Aston Bay was by far the property that showed the most fantastic potential of any that wasn’t already an active mine. The fact that it’s located in North America just made it that much more enticing.

“When Antofagasta decided they didn’t want to do any more work on this property I decided it was time to resign. I actually offered to work for Aston Bay for free just because I liked the property so much,” recalls Ullrich.

As it turns out, there was sufficient funding to pay Ullrich a salary, originally for the position of Vice President. As the project evolved it became evident that the main barriers were of a technical nature as opposed to financial and there was a conscious decision to develop a more technical team. Ullrich was able to convince the board of directors that this was prudent in taking the company to the next level. Cox, the original CEO, is equipped with more of a financial background and so he stepped aside from Aston Bay to concentrate on other core business matters of his own.

A true game-changer for Aston Bay Holdings occurred when Dr. David Broughton joined the team as Chief Geologist. He’s an award-winning former VPEx for Ivanplats/Ivanhoe who is credited with discovery of Flatreef and Kamoa-Kakula. Broughton made some of the largest finds ever in Africa and the potential to be successful here in Canada is what made him want to be part of the team.

“His technical abilities are unquestioned. He’s a proven mine finder for these types of deposits but the reason he came on is due to the attractiveness of the prospects of Storm on Somerset Island. Now we have a strong technical team that is able to do the work that is required,” notes Ullrich.

Broughton lives in West Vancouver but he and Ullrich are in constant communication with one another, whether it’s in person or on the telephone doing work on the project with developing the strategies and plans and targeting objectives. Capital raised will go towards a property-wide geophysical survey, a planned geological field program on Somerset Island as well as for general corporate purposes. The company intends to use the data collected from these programs to generate and prioritize drill targets.

“Dave and I go out on the road and talk with potential investors. We are going to do this with our shareholders and try to make this discovery rather than partnering with other companies,” says Ullrich.

The Storm Copper Project is located about 20km from tidewater. The primary economic interest centres on four zones of significant copper mineralization. Each zone was drill confirmed between 1997 and 2001; however, thousands of metres of historic drill core were never sampled. In addition, there are several target zones that have not yet been drill tested.

Storm Copper is a stratabound copper deposit hosted in dolomitic sediments of the Allen Bay Formation. Copper oxide mineralization is present at surface in the form of malachite, azurite and chalcocite. Malachite and azurite, along with primary hypogene chalcocite copper mineralization and the presence of bornite and chalcopyrite, have been identified to at least 100m of depth.

The Seal Zinc Prospect is located at tidewater on Aston Bay and is being investigated as a potential direct-ship project. It is 20km west of the Storm copper prospect and positioned along the same structural trend. Historic drilling has confirmed strata-bound zinc and silver mineralization over 450m of strike length and has a true thickness that varies from 10m to approximately 25m.

The property is very far north, and in fact is just across from the Town of Resolute, a hamlet of about 250 people, most of whom are Inuit. Resolute was originally an RCMP station and weather station.

“It’s a fantastic community. We were able to hire six people from Resolute for our field program from last year,” says Ullrich.

Another major advantage is being on tidewater, which means Resolute and Somerset Island are serviced by ships and that in turn means transporting heavy equipment to the region is quite cost effective. There is an ability to operate a mine there year round, ship seasonally and be very profitable.

“It’s a really a great spot to work and there is 24-hour sunlight, so you can be very efficient. This year I’ll probably be there for between two to four weeks. Dave (Broughton) will be going up as part of a property-wide reconnaissance. He needs to see the property and get a good feel for the structure and the geology,” says Ullrich.

Copper and zinc they are both doing quite well in terms of market values but they are also metals that civilization will continue to depend upon in the future, especially with added emphasis on more of an electric-based society rather than hydro-chemical. As just one example, a normal petroleum gasoline engine vehicle typically uses 20kg of copper in the production of each automobile; but for an electric vehicle you’re looking at about 80kg of copper.

“That’s the kind of consumption demand fundamentals that are very important,” says Ullrich.

On the supply side there are not many new copper and zinc mines being found and certainly the old ones are lower-grade, high tonnage and the grades are getting lower, which makes the properties of Aston Bay Holdings all that much more attractive.

Ullrich and Broughton both understand that this is a results-oriented industry.

“I’m a shareholder. I bought 2% of the company in the market. Both Dave and I know our compensation is tied to making a discovery here,” says Ullrich. “The real potential here is what may be hiding at depth on Somerset Island. We have this layer-cake type of stratigraphy where the beds are very flat lying and so it’s very easy to hide a major strata-bound deposit – copper or zinc.”

BHP Minerals, a subsidiary of BHP Billiton, had been involved in the projects but pulled out to instead focus on larger efforts. However, just being able to attract the attention of the world’s largest miner was a tremendous shot in the arm for Aston Bay and was seen as a clear-cut stamp of approval while immensely elevating the industry profile of the project.

Aston Bay Holdings is comfortably positioned but is continuing to raise money to complete a comprehensive geophysical program led by Broughton. This expectation is that the results will dictate the optimal targets for drill development in the summer of 2018.

“I expect Aston Bay will get decent news flow through the rest of the year: news of Dave’s involvement with the project is only just coming out with our upcoming marketing efforts, and we will be releasing results from our geophysical programs, summer field sampling and target selection through the fall,” says Ullrich. “It’s a very exciting time for us.”

In the near-term – the next four-to-six months – Ullrich aims to complete the geophysics and have the targeting completed. Those results would then be married with the geologic reasoning and experience from both Ullrich and Broughton with drilling scheduled to begin next summer. These next few years stand to be exceptionally busy.

“What I would like to have by 2020 is a new large copper or zinc discovery on Somerset Island,” envisions Ullrich. “By then we’d hope to know the size of its potential and its value so we can start the process of finding a partner that would be willing to purchase it or take it to the next level so that we can reward our shareholders for supporting us in our exploration.” 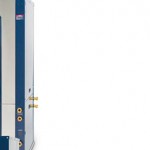