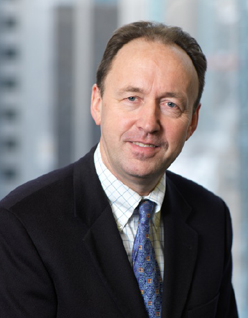 There are over 179 billion barrels of crude bitumen in Canada’s oilsands—Alberta’s great resource is a matter of national pride—that are economically recoverable. Managing this resource is a multi-billion dollar industry, at the helm of which is Athabasca Oil Sands Corp. (AOSC), the largest lease owner of oilsands in Alberta and the second largest resource owner.

Already with a massive portfolio, Athabasca continues to grow.

Athabasca is a dynamic energy company poised to unlock bitumen from Canada’s vast oilsands region and light oil from its Deep Basin play in northern Alberta. It has excellent assets, a large resource base with ample upside, talented people and is well financed. The company has a diverse portfolio of short-, mid- and long-term assets.

“Over the past 18 months, we have acquired more than one million acres in conventional lands the Deep Basin areas of northwestern Alberta. The lands were acquired through crown sales and from third parties,” says Sveinung Svarte, Athabasca’s President and CEO. “That is an amazingly large position again where we hope to produce light oil and liquids-rich gas.”

Athabasca is bullish on oil prices and the company’s economics are robust even at conservative prices. “We believe there are many synergies between the in-situ bitumen projects and the Deep Basin tight oil play that will drive new levels of excellence throughout the company.”

Svarte reports the acquisition of this resource play is a tribute to the technical strength and excellent work of the company’s geosciences department. “I am very proud of our team. During the past four drilling seasons they proved up approximately 12 billion barrels of contingent resource in the Athabasca oilsands in-situ area. This was before we divested about 3 billion barrels to Cretaceous Oilsands Holdings Limited, a subsidiary of PetroChina Company Limited.

The acquisition was part of AOSC’s strategy to develop early stage oil opportunities and extract maximum value. “This area contains several formations which are now successfully emerging as very prospective for production of oil and liquids-rich natural gas, with the combined application of horizontal drilling and multi-stage fracture technology,” Svarte says. “Several offset operators have drilled successful wells in the Duvernay, Montney, Doig, Nordegg and Wilrich formations, to name a few. We hope to do the same.”

The AOSC board recently approved the increase of the number of wells to drill this year from six to 14, taking advantage of new multi-stage fracing technology.

“Horizontal wells are promising and that part of the Western Canadian Sedimentary Basin will probably be one of the most active development areas over the next few decades. There is a lot of oil coming on-stream from more conventional sources. Technology has made a revolution in that part of the world. Now you can produce oil from rocks considered too tight (non-porous) just a few years ago because of new technology. I hope we can reach significant production within the next 12 to 18 months.”

In the oilsands region, AOSC also has major assets in the Grosmont, Birch, Dover, Dover West, Hangingstone and Mackay areas. The company established a joint venture with PetroChina for the Mackay River and Dover commercial projects. PetroChina paid $1.9 billion for 60 per cent of both leases in February 2010, which was called “excellent news for Alberta and the rest of Canada” by Bill Gallacher, then Chairman of AOSC.

AOSC plans to start its first wholly-owned demonstration pilot at the end of 2013 in the Hangingstone area. “To generate value is to get barrels on-stream as fast as possible, and Hangingstone is close to Fort McMurray, close to valuable infrastructure and pipelines, so it should be relatively easy to bring on production,” notes Svarte.

Svarte praises Alberta as a “great” place to do business, citing the approval process for leasing crown land as exemplary. “I have worked in many countries throughout the world and have yet to see an environment as business friendly as Alberta’s. There is a willingness to come up with risk capital. Employees are, generally, entrepreneurial and are willing to work for smaller, startup companies and the regulatory system is very sophisticated. You know that if you do a good job here you will be allowed to develop your leases. The lease system to buy land or rent land from government is also extremely well run by the crown.”

The environmental regulation work is also extremely professional. “It is in line with the very best I’ve seen in countries like Norway, for example. (I’m Norwegian so I’m a bit biased),” he continues.

Canada’s political stability is another important asset. “What I see is a lot more interest to invest here, especially after problems we have seen in Libya, Egypt, Syria and Yemen just to mention a few. I think the U.S. is realizing maybe Saudi Arabia is not as reliable in the long-term as they hoped it would be,” says Svarte. “I think also a lot of investors are realizing the concept of ethical oil. As you know, a barrel from Canada is potentially replacing a barrel from somewhere in the world where there is no democracy, no protection of minorities, no funding of terrorism, I can mention a long list.”

Athabasca continues to deliver on its promises, offering investors high leverage to oil prices because of its large resource base and long life assets.