VANCOUVER, British Columbia, May 06, 2021 (GLOBE NEWSWIRE) — Atico Mining Corporation (the “Company” or “Atico”) (TSX.V: ATY | OTC: ATCMF) is pleased to report on the latest results of its 2021 drilling program at the La Plata precious metals-rich volcanogenic massive sulphide (“VMS”) project in Ecuador. These latest results confirm additional new zones outside of the known envelopes, more precisely along strike and below the North Block.

2021 Successful drilling of the VMS footprint continues to expand mineralisation

Atico has drilled close to 5,500 meters since the beginning of this year’s exploration campaign on La Plata. The 26 diamond drill holes completed this year have contributed to the confirmation of our interpretation around the continuity of mineralization as the drilling progressed at depth under the known North Block and continue to report interesting intervals. Also, the “Guatuza Extension” of the North Block has also been confirmed with this campaign. As is evident, the North Block will require further drilling at depth and also along strike as secondary lenses were encountered in the Guatuza extension during this recent exercise. As the drilling encountered the anticipated mineralized zones, these holes also reported various additional intercepts of mineralized rock of interesting thickness reporting the possible presence of displaced lateral lenses.

In addition, drilling is presently being performed to test the continuity of the South Block towards the North Block. Mineralized intercepts are progressively confirming our new assumption that a significant mineralized lens is forming, potentially merging of the South and North Blocks. See Figure 1 below.

Atico Mining has reinitiated regional exploration on La Plata. During last year’s pandemic crisis in country, Atico decided to reduce its regional activities and concentrated its drilling efforts on the mine vicinity area only. Part of this year’s exploration plan is to restart the regional program and test several targets identified further to the north along the concession’s copper anomaly trend. Previously, the exploration team sampled bedrock in drainages over half a kilometer north of the Guatuza zone. These samples were analyzed and reported up to 4.5 g/t Au, 51.3 g/t Ag, 16.55% Cu, and 5.83% Zn (refer to Toachi Mining’s news release dated January 16th, 2019).

In addition, The San Pablo target area, located approximately one kilometer north along the copper trend will also be included in this year’s program. The San Pablo target had been historically drilled during a campaign supervised by Dr. Duncan Derry between 1965 and 1967, with results at the time reporting 22 meters of 1.8% copper.

Gold-bearing sulphide mineralization at La Plata occurs as compositional banding composed of chalcopyrite, sphalerite and pyrite laminae with barite occurring as clasts and also as layers. The mineralized lenses have also been dislocated by a few faults and dolerite dikes cutting the body.

The La Plata project is amongst the highest-grade gold-copper VMS deposits in which base and precious metal mineralization is interpreted to have formed as part of multiple volcanic episodes that created a stacked volcanic-exhalite hydrothermal sequence considered favorable for hosting additional VMS lenses. The recent drilling results in the southern portion of the deposit have encountered deeper mineralization, and an extension of mineralization to the north has been discovered by recent trenching results.

The La Plata independent Amended and restated NI 43-101 Preliminary Economic Assessment of the La Mina VMS Project Cotopaxi Province, Ecuador (“PEA”) originally dated March 30th, 2019, amended and restated July 17, 2019 was prepared by SGS Canada Inc. Mineral Services, Daniel Leroux, M.Sc., P.Geo. Brian Wolfe. M.Sc., MAIG, David Orava, P.Eng., Simon Meik, FAusIMM (CP), Qinghua (Jason) Jin, P.E and pursuant to National Instrument 43-101 (“NI 43-101”) and reports the La Plata inferred resources at 1.9 million tons at an average grade of 4.1 g/t Au, 49.4g/t silver, 3.3% Cu, 4.5% Zn, 0.6% Pb as available on SEDAR. Preliminary economic assessments are preliminary in nature, that include inferred mineral resources that are considered too speculative geologically to have the economic considerations applied to them that would enable them to be categorized as mineral reserves, and there is no certainty that the preliminary economic assessment will be realized. Such projects have increased uncertainty and risk of failure. Mineral resources that are not mineral reserves do not have demonstrated economic viability.

The La Plata project consists of a concession covering a total area of 2,300 hectares along its 9-kilometer length, which contains known mineralization in two VMS lenses and nine priority exploration targets.

The Company has a binding option agreement with a private Ecuadorean company to earn up to 75% in the La Plata project, of which the first option to acquire the initial 60% ownership has been exercised. Please refer to the Company’s MD&A for the year ended December 31, 2019 for further details.

Before sampling, a centerline, representing bottom of hole (or a reference line when this is not known) is marked on the drill core. The core is cut and sampled, always sampling the right-hand side of the drill core. Samples are selected based on logged geological features, such as rock type, mineralization, alteration, veining etc. Sample length does not exceed 2.5 m nor is smaller than 20 cm. A total of 10% of the samples submitted are certified blanks and standards and field duplicates with, as a minimum, one blank submitted at the beginning of each sample batch. Certified standards are submitted at an average of 6% of the samples submitted. Field duplicates are taken at a rate of 1 in 20 of the samples taken. For all drill holes, analysis was completed by ALS Chemex in Lima, Peru with sample preparation completed in Quito. The lab is accredited with International Standards ISO/IEC 17025:2005 and ISO 9001:2015. All major ALS Geochemistry analytical laboratories are accredited to ISO/IEC 17025:2005 for specific analytical procedures.

Dr. Michael Druecker, CPG, is a qualified person under NI 43-101 standards and independent of the company, is responsible for ensuring that the information contained in this news release is an accurate summary of the original reports and data provided to or developed by Atico Mining Corporation. Dr. Druecker has approved the scientific and technical content of this news release.

Atico is a growth-oriented Company, focused on exploring, developing and mining copper and gold projects in Latin America. The Company generates significant cash flow through the operation of the El Roble mine and is developing it’s high-grade La Plata VMS project in Ecuador. The Company is also pursuing additional acquisition of advanced stage opportunities. For more information, please visit www.aticomining.com.

No securities regulatory authority has either approved or disapproved of the contents of this news release. The securities being offered have not been, and will not be, registered under the United States Securities Act of 1933, as amended (the ‘‘U.S. Securities Act’’), or any state securities laws, and may not be offered or sold in the United States, or to, or for the account or benefit of, a “U.S. person” (as defined in Regulation S of the U.S. Securities Act) unless pursuant to an exemption therefrom. This press release is for information purposes only and does not constitute an offer to sell or a solicitation of an offer to buy any securities of the Company in any jurisdiction.

This announcement includes certain “forward-looking statements” within the meaning of Canadian securities legislation. All statements, other than statements of historical fact, included herein, without limitation the use of net proceeds, are forward-looking statements. Forward- looking statements involve various risks and uncertainties and are based on certain factors and assumptions. There can be no assurance that such statements will prove to be accurate, and actual results and future events could differ materially from those anticipated in such statements. Important factors that could cause actual results to differ materially from the Company’s expectations include uncertainties relating to interpretation of drill results and the geology, continuity and grade of mineral deposits; uncertainty of estimates of capital and operating costs; the need to obtain additional financing to maintain its interest in and/or explore and develop the Company’s mineral projects; uncertainty of meeting anticipated program milestones for the Company’s mineral projects; the world-wide economic and social impact of COVID-19 is managed and the duration and extent of the coronavirus pandemic is minimized or not long-term; disruptions related to the COVID-19 pandemic or other health and safety issues, or the responses of governments, communities, the Company and others to such pandemic or other issues; and other risks and uncertainties disclosed under the heading “Risk Factors” in the prospectus of the Company dated March 2, 2012 filed with the Canadian securities regulatory authorities on the SEDAR website at www.sedar.com 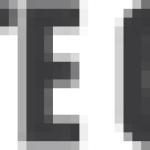 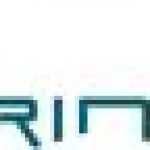