VANCOUVER, British Columbia, June 04, 2020 (GLOBE NEWSWIRE) — Aton Resources Inc. (AAN: TSX-V) (“Aton” or the “Company”) is pleased to update investors on the status of its 100% owned Abu Marawat Concession (“Abu Marawat” or the “Concession”), in the Eastern Desert of Egypt.Figure 1: https://www.globenewswire.com/NewsRoom/AttachmentNg/f279e00f-c720-49e3-be3b-14e9dde31947The Company confirms that it has partially relinquished a further 25% of the land area of the Abu Marawat Concession, subsequent to the confirmation of the three year extension to its exploration licence (see news release dated April 28, 2020), reducing the area of the Concession to 447.7 km2 (see Figure 1).  This relinquishment was accepted and approved by the Egyptian Mineral Resources Authority (“EMRA”) on June 3, 2020. The western Hamama block remains unchanged, while the larger eastern block has been reduced to 423.2 km2 in size. The Company does not consider the ground relinquished to be prospective for the discovery of economic gold mineralisation.“We are pleased to confirm the relinquishment of a further 25% of the Concession, comprising extraneous and unprospective “moose pasture”, and which will have no material effect on Aton. On the contrary this relinquishment is in exchange for an extension of a further 3 years on the exploration licence at Abu Marawat, and we are delighted that this confirmed security of tenure will now allow us to actively pursue our planned programmes,” said Mark Campbell, President and CEO. “I have no doubt that investors are frustrated by what appears to be on the surface a lack of activity, but much of this has been the result of the COVID-19 pandemic hitting everyone. However, this impression could not be further from the truth, as we have developed an aggressive 18 month exploration programme for Rodruin and our other prospective regional targets, such as Abu Gaharish, as well as a plan for further work at our Hamama West development project. It also allows us, with the new global interest in the exploration potential of the Eastern Desert of Egypt, to open the door to discussions with strategic investors who are seeking to enter the Egyptian mineral exploration and mining sector. We have the most advanced exploration concession and gold projects in the country, and the only ones operated to international standards. This also gives us the opportunity to work on the legal and technical processes of migrating to the new terms and conditions outlined in the new Executive Regulations of the Mineral Resources Law. So I am convinced that the next three years will be a very exciting time for Aton and its shareholders.”About Aton Resources Inc.Aton Resources Inc. (AAN: TSX-V) is focused on its 100% owned Abu Marawat Concession (“Abu Marawat”), located in Egypt’s Arabian-Nubian Shield, approximately 200 km north of Centamin’s world-class Sukari gold mine. Aton has identified numerous gold and base metal exploration targets at Abu Marawat, including the Hamama deposit in the west, the Abu Marawat deposit in the northeast, and the advanced Rodruin exploration prospect in the south of the Concession. Two historic British gold mines are also located on the Concession at Sir Bakis and Semna. Aton has identified several distinct geological trends within Abu Marawat, which display potential for the development of a variety of styles of precious and base metal mineralisation. Abu Marawat is 447.7 km2 in size and is located in an area of excellent infrastructure; a four-lane highway, a 220kV power line, and a water pipeline are in close proximity, as are the international airports at Hurghada and Luxor.Qualified personThe technical information contained in this News Release was prepared by Javier Orduña BSc (hons), MSc, MCSM, DIC, MAIG, SEG(M), Exploration Manager of Aton Resources Inc. Mr. Orduña is a qualified person (QP) under National Instrument 43-101 Standards of Disclosure for Mineral Projects.For further information regarding Aton Resources Inc., please visit us at www.atonresources.com or contact:MARK CAMPBELLPresident and Chief Executive Officer
Tel: +202-27356548
Email: mcampbell@atonresources.comNote Regarding Forward-Looking StatementsSome of the statements contained in this release are forward-looking statements. Since forward-looking statements address future events and conditions; by their very nature they involve inherent risks and uncertainties. Actual results in each case could differ materially from those currently anticipated in such statements.Neither TSX Venture Exchange nor its Regulation Services Provider (as that term is defined in policies of the TSX Venture Exchange) accepts responsibility for the adequacy or accuracy of this release. ﻿ 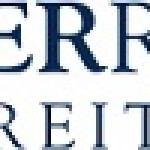 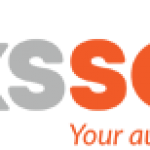