Not for distribution to United States newswire services or for dissemination in the United States
VANCOUVER, British Columbia, Oct. 22, 2020 (GLOBE NEWSWIRE) — Aton Resources Inc. (TSX-V: AAN) (“Aton” or the “Company”) is pleased to announce further to its news release of July 29, 2020 that it has received subscriptions for the purchase of 17,915,000 units (the “Units”) at a price of $0.40 per Unit (the “Offering”) for gross proceeds of $7,166,000. Each Unit consists of one common share (a “Share”) and one half of a share purchase warrant (each whole warrant a “Warrant”). Each Warrant will entitle the holder to purchase an additional common share at $0.80 for a period of three years from closing. The Offering may close in one or more tranches.The net proceeds of the Offering will be used to fund further exploration activities at the Company’s 100% owned Abu Marawat Concession, located in Egypt. In addition, part of the funds will be used to fund Aton’s working capital requirements.  All securities to be issued pursuant to the Offering will be subject to a four month hold period from the closing date under applicable securities laws in Canada and among other things, receipt by Aton of all necessary regulatory approvals, including the Exchange and required shareholder approval.MEDAF Mining and Manufacturing Company (‘MEDAF”) has subscribed for 17,500,000 Units for a total investment of $7 million. As MEDAF will become an insider of the Company at closing, it is required to file a Personal Information Form (a “PIF”) with the TSX Venture Exchange (the “Exchange”) in connection with the Offering, and the closing of the Offering will take place following the completion by the Exchange of its customary PIF review.“A new chapter in Aton’s story is unfolding.   I am very pleased to welcome MEDAF as a new strategic investor. MEDAF is a Kuwaiti-Egyptian business partnership in Egypt, and is one of the fastest growing holding groups in the region. For over 15 years MEDAF has been present in the Egyptian mining industry, where they are involved in the mining of rock phosphate, gold, iron and chromium ore and Feldspar. MEDAF’s financial capacity will give Aton more flexibility in determining how it goes about future financings,” said Mark Campbell, Aton’s President and CEO. “Furthermore, the recent success of EMRA’s gold bid round in attracting some major foreign companies to bid such as Barrick Gold, La Mancha & Centamin, vindicates the long held view by Aton that Egypt is a world class exploration destination and supports Aton as a first mover in Egypt.”MEDAF’s RightsMEDAF has subscribed for 17,500,000 Units representing a 34.17% shareholding in Aton on a non-diluted basis and 43.78% on a partially diluted basis. MEDAF’s subscription agreement includes the following terms:MEDAF’s subscription funds will be placed in escrow, to be released to Aton on the receipt of all necessary shareholder and Exchange approvals required due to MEDAF becoming an Insider and a Control Person of the Company (as defined in the policies of the Exchange).On closing, MEDAF will have the right to appoint up to three nominees to the board, subject to its shareholding in Aton being greater than 30%. Should its shareholding in Aton be above 20%, but less than 30%, MEDAF will have the right to appoint two nominees to the Aton board. Should its shareholding in Aton be above 10%, but less than 20%, MEDAF will have the right to appoint one nominee to the Aton Board.For as long as MEDAF holds a greater than 10% interest in Aton, it shall have the right to participate in future equity financings to maintain its pro-rata shareholding in Aton.
MEDAF has advised that the securities it is acquiring in the Offering are being acquired for investment purposes. MEDAF advises that it has a long-term view of the investment and may acquire additional securities of the Company, including on the open market or through private acquisitions, or may sell securities of the Company, including through the open market or through private dispositions, in the future, depending on market conditions, changes to its investment objectives, and/or other relevant factors. Aton will issue a further news release when the Offering is closed. It is presently anticipating that the closing will take place in mid to late November due to the Exchange’s requirement to receive MEDAF’s PIF and conduct standard PIF reviews prior to the closing. 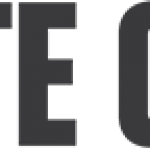