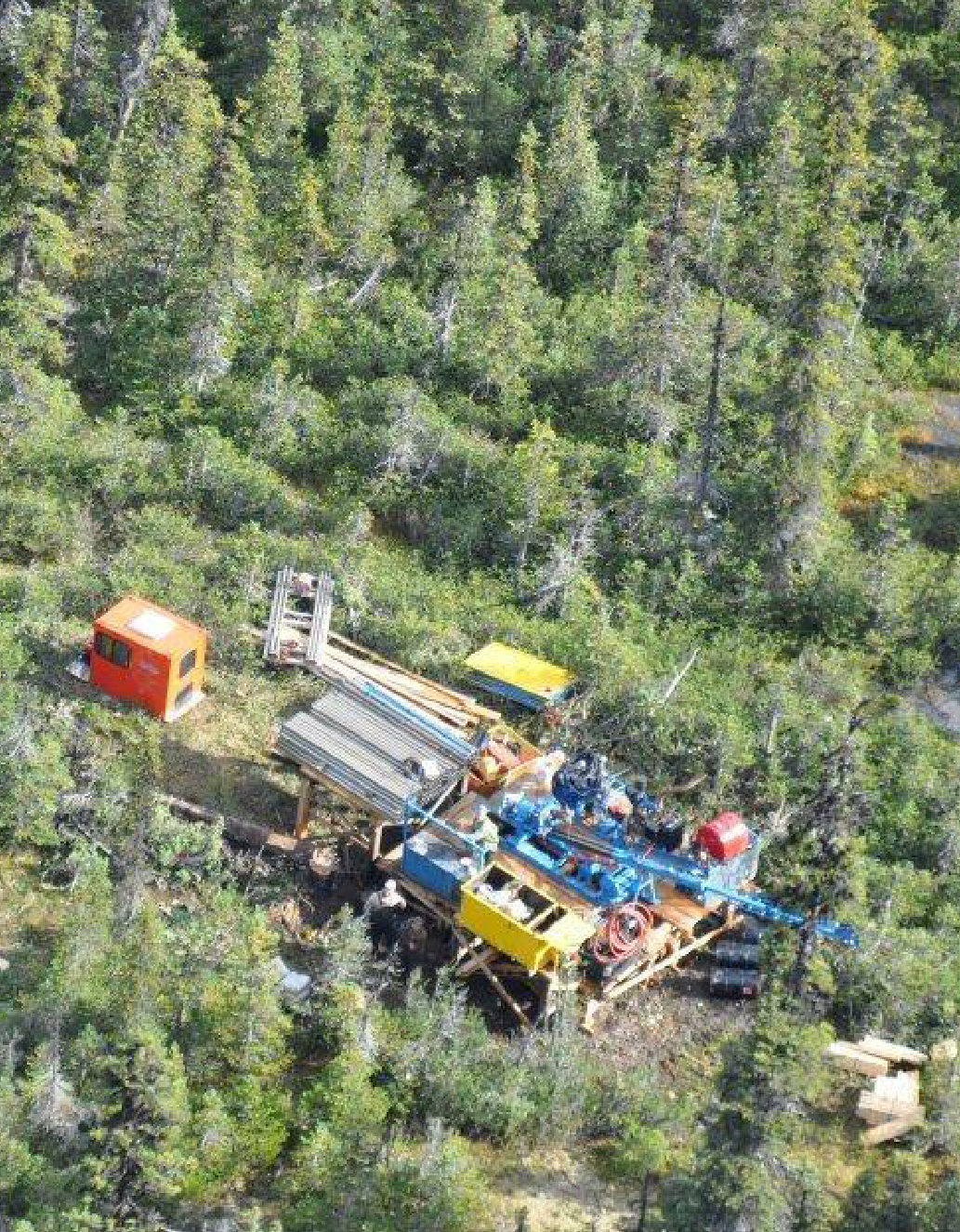 An ideal location, great logistics links and a stream of fantastic results suggest Atrum Coal has a lot to look forward to in 2013

The overwhelming feeling at Atrum Coal (ASX:ATU) is one of enthusiasm. The emerging metallurgical coal explorer and developer is small and very new – it was incorporated in October 2011 and gained its first North American employees in February 2012 – but what it lacks in establishment it makes up for in the quality and security of its assets. Already, the Canadian/Australian company has a substantial coal position in British Columbia with four, 100 per cent owned projects: one of them in particular, the Groundhog project, progressing at a thrilling rate.

CEO Lyle Hobbs – only 10 months into the role himself – says Atrum Coal’s size actually works to its advantage. “We’re small and focused and can move quickly,” he says. “It’s a great environment for working together, and for everyone to succeed. We have the flexibility and speed to accomplish our goals. We’re not encumbered with the challenges of major corporations; we’re agile.”

It is the youthful promise of Atrum Coal that attracted Hobbs, a mining engineer with 25 years’ experience in Canadian coal, resource industries and project management, to the role.“I’ve always really enjoyed seeing a project grow; being really hands-on in taking a seed project to completion,” he says.“It’s a great company with a great set of assets, and I was enthusiastic to be a part of the opportunity to grow the company and its projects.”

Hobbs is no stranger to challenge, having spent 18 years on the 13.5Mtpa Highvale/Whitewood coal operation – one of Canada’s largest – and project managed the acquisition and infrastructure upgrade of a Washington coal port. Most recently, he was chief engineer for Ambre Energy’s North American Alternative Fuels ventures.

Hobbs hasn’t wasted any time since taking the role in April 2012. In October, Atrum completed its maiden drilling program at Groundhog in which it drilled 15 diamond-core drill holes to depths of up to 400 metres, for a total of approximately 5,000 metres. To Hobbs’ delight, the program was completed on time and significantly under budget.

“It was incident free, we mobilised extremely quickly and got fantastic results,” he says. “We encountered substantially more coal than anticipated, had substantial local community involvement, and wrapped the whole thing up just before the Canadian winter.”

The drilling program discovered significant coal intersections across the entire 83 square kilometre target area, including individual intersections of 1.4 metres to 8.2 metres, starting at 13 metre depth and down to 400 metre depth. Propitious signs gave way to brilliant results on January 16, when Atrum increased its JORC resource at Groundhog by a staggering 113 per cent to 338Mt across Indicated (106.9Mt) and Inferred (230.9Mt) categories.

Approximately 85.3Mt is located no deeper than 50 metres down and more than 80 per cent of the total coal resource is no deeper than 150 metres. Atrum expects to upgrade the resource further still in March, following additional structural interpretation and modelling. “The results are just outstanding, and that’s without the most recent drilling information incorporated,” says Hobbs. “We’re anticipating that there’s a lot more good news to come.”

Atrum’s most recent positive news came in the form of its coal quality wash test results. The coal washability results for the first 10 composite samples (of more than 800 gathered in total) confirm premium semi-anthracite to anthracite ranking coal. Analysis indicates that premium coal can be produced at a 50 to 60 percent yield, for metallurgical applications in the steel and ferro-alloy industries. Further coal analysis is expected over the next six months.

There are many more results to wait on this year, with the scoping study, infrastructure report, resource model upgrade and conceptual marketing analysis under way. After another drilling program, Atrum will begin looking into the feasibility study. “This is another year for information gathering,” remarks Hobbs.

Besides Groundhog, Atrum has three other less developed projects in British Columbia, all of them prospective for metallurgical coal: the 5,325-hectare Peace River Project; the 11,400-hectare Naskeena Project; and the 3,000-hectare Bowron River Project. Because Atrum doesn’t have the resources to put equal effort into these as it’s putting into Groundhog, it has contracted a company to make a work plan for the three properties. “We’re not a one project company,” Hobbs stresses.

Atrum had good reason for locating all its projects in British Columbia. First, there’s the advantage of Canada’s stability. “Canada is probably one of the best jurisdictions in the world to look at,” says Hobbs. “It’s very stable politically, its infrastructure is well established, and it knows and values resource development.”

He says the Groundhog coal field has been a well-known coal prospect for 100 years, but one that was waiting for the right time. “Demand for coal is not going to go away; steel production is at the core of all development. British Columbia is well-served to grow the market because everything is there; it just needed this project.”

Logistics wise, the province is ideally located for exporting to Asia and offers good port capacity. The Groundhog project is adjacent to a rail ‘right-of-way’ connecting to the rail network leading to Prince Rupert or Vancouver deep sea ports, and has access to a fixed wing airstrip just six kilometres from the central target zone.

Atrum has also been engaged in cooperative arrangements with the British Columbian First Nations that have a direct territorial interest encompassing the Groundhog Project. In the initial drilling program, Atrum employed approximately 90 per cent of its workforce from local communities and more than 35 per cent of the total workforce was First Nations members. “Our relationships with local communities and First Nations are progressing well and aimed at long term mutual benefits,” Hobbs adds.

Everything to Play for

Atrum is looking forward to starting work this year for a fraction of the cost, due to leaving the key mobilisation supplies on site. The company came in under budget last year and is fully funded for a 2013 program.

Great location, strong finances, a growing resource and a slew of positive results considered, signs for the Groundhog project are good and no one knows that better than the Atrum team themselves. “We have an excellent asset we just need to develop,” says Hobbs.

“Everyone here is so enthusiastic that we just can’t wait to bring our story further and create value and opportunity for the local communities, the government, British Columbia, and the employees and shareholders.”