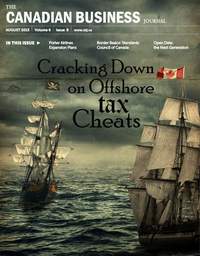 Our cover story this month examines the multi-billion dollar dilemma of offshore tax cheats and what the federal government is doing to combat the illegal activity. It’s safe to say law abiding citizens believe such measures are long overdue. For whatever reason, this has never drawn much in the way of serious attention from our politicians – until now. With almost $8 billion lost annually for the government coffers due to tax cheats, you’d think it would have been higher up the priority scale.

Speaking of billions of dollars, we ran a poll on CBJ Research on our homepage, asking the question whether you think it’s time for a fourth national wireless telecom carrier in an effort to bring about more competitive pricing. As of this publication, 82% of respondents say they want another player in the game, while the remaining 18% are satisfied with the services and associated pricing provided by Rogers, Bell and TELUS.

The governing Ontario Liberals lost three of five byelections recently, unable to distance themselves from the stench of the Dalton Mc- Guinty cancelled gas plants fiasco. The NDP collared two seats at the expense of the Liberals while former Etobicoke Mayor Doug Holyday won the Etobicoke-Lakeshore riding, giving the PCs a foothold in Toronto for the first time since 1999. The electorate is still widely split three ways. If an election were held now, it would still likely be a minority government – although it’s highly doubtful Kathleen Wynne’s Liberals would be perched on top.

Much like the ongoing debate about what’s fair and what’s not in the wireless telecom sector, there’s a rather interesting parallel unfolding in the aviation industry, with Porter Airlines at the centre of it all. The fledgling enterprise, headed by president & CEO Robert Deluce, has enjoyed amazing success in a very short period of time, flying passengers on its turboprop Q400 planes. But as with any business, it’s always looking to grow, and the next logical step is for Porter to seek out destinations further away. In order to facilitate that, they also need to upgrade their planes, which is why they’ve ordered a fleet of C100s from Bombardier. Porter wants to be able to fly these jets out of Billy Bishop island airport in Toronto but must prove the new planes are within noise and pollution parameters. Both Air Canada and WestJet have already had their hands raised for some time now, indicating that if Porter can fly jets out of the tiny airport, they want equal access. As it is, two 168-metre additions need to be made to the island to accommodate the length of runway needed for the bigger jets to take off and land. Maybe the old saying “they aren’t building anymore land isn’t true after all. 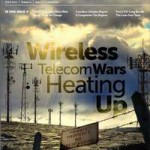 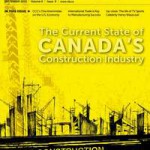