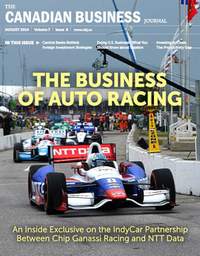 The business of sports is nothing if not fascinating. CBJ managed to obtain an inside view of the synergies between two entirely different worlds – that of Internet technology and auto racing – and absorb how the two entities are able to collaborate so well together in helping one another reach new plateaus. The burgeoning relationship between NTT Data and Chip Ganassi Racing, as our cover story, is proof positive that two profoundly divergent enterprises unifying their expertise can create an even stronger business model in diversifying success.

In keeping with the theme of the business of sports, it is my personal opinion that the habitually ostentatious Donald Trump was never truly serious about owning the NFL’s Buffalo Bills, and certainly not at a price beyond $1.3 billion. The entire monotonous process of feeding the media quote machine was primarily about stroking an already prodigious ego and generating even more publicity, as if it were necessary. And all the idle, nauseating chatter about his threatening to run for U.S. President – don’t believe that either. It’s nothing but cage-rattling noise with very little, if any, substance.

The resurgence of BlackBerry continues to take shape with the company recently adding Marty Beard as its new chief operating officer. Shortly thereafter the Waterloo-based tech company purchased the anti-eavesdropping firm Secusmart, which developed technology to protect the smartphones of German government officials, including Chancellor Angela Merkel. BlackBerry CEO John Chen believes that acquiring Secusmart directly addresses growing concerns about threats to individual privacy and national security. Chen has created a sense of stability and direction during his short time with BlackBerry, and it’s giving good cause for many investors to feel bullish about its future, something that hasn’t been discernible in quite a long time.

The more I read about surveys the more I think they are utter tripe. According to one poll, the red and white Coca-Cola logo is allegedly recognized by 94% of the world’s population, or roughly 6.7 billion people. How do they know this? I wasn’t asked… were you? By eliciting their requisite 1,000 people from the many varied cross sections of life to ensure the polls are “accurate 19 times out of 20” just isn’t plausible and is based far too heavily on assumption. If you and I weren’t asked, I’m betting a few billion others weren’t either. I’d actually bet more than 6% of all the people in this world have never even heard of Coca-Cola, let alone be able to properly identify its iconic logo. Heck, seeing one episode of The Jimmy Kimmel Show interviewing people on the streets of Los Angeles leaves me highly skeptical that 94% of them would even manage to get it right.

Food for thought: Breakfast cereal is the second-largest advertiser on television today, behind only the automotive industry. 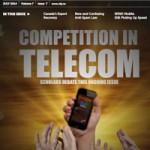 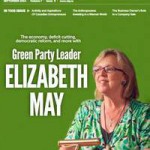