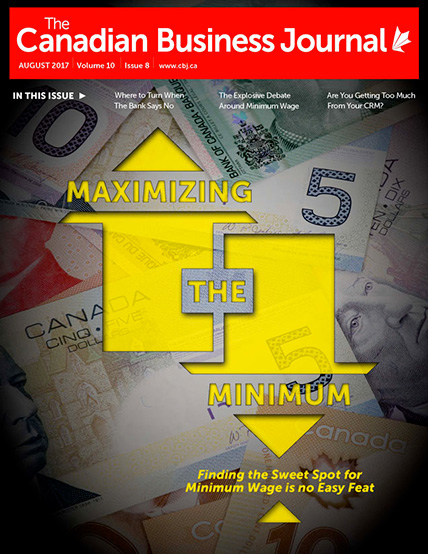 Minimum wage has been the hot topic of discussion in both Alberta and Ontario over the past several months where both provinces are on the verge implementing substantial increases for lowpaid workers. To say that it has many small business owners concerned would be a vast understatement. Alberta’s deficit is already at almost $11 billion and the last thing it needs is more people joining the unemployment line. Of course there is a desire for people to earn more money but whether or not the two economies can handle such major spikes in the rates remains to be seen. I for one think it’s reckless to push the boundaries in one swift push, and hope that it doesn’t result in job losses with many enterprises already running on razor thin margins. It’s our cover story this month.

B.C. wildfires have wreaked havoc in the forestry industry with some sawmills having to halt operations, and that in turn has resulted in a boost in lumber prices at a time when forestry companies have been squeezed by softwood duties on exports to the U.S. Several companies temporarily closed some of their mills as evacuation orders, displaced employees, road closures and other factors made operations impossible or difficult. Here’s hoping things get back to normal soon because it’s an integral part of the economy, especially for the B.C. Interior.

The dollar has quietly inched its way up against the U.S. dollar in recent weeks to the point where it has surpassed 80 cents. Most economists seem to feel that somewhere between 80 to 85 cents is the sweet spot for both keeping the dollar strong against international currencies while at the same time not adversely impacting on exports. If there is another interest rate by the Bank of Canada the value may go up yet again.

Efforts continue to save Sears Canada, but it seems as if the writing may be on the wall for the legendary retailer. Online competition from the likes of Amazon and eBay make it too hard for companies with such large overhead and infrastructure to compete in today’s retail environment. Eddie Lampert, the billionaire U.S. hedge fund manager who controls a large stake in the Canadian operations is looking to join forces with another sizable shareholder that could lead to a possible deal. As of now, Sears Canada sits in limbo under creditor protection as it assesses if and how it can move forward.

Did you know?… Sears Canada began its operations as Simpsons-Sears Limited, a catalogue and mid-market suburban retailer. The department store chain was an integral part of the Canadian shopping landscape until 1984 when Simpsons’ shares in Simpsons-Sears were acquired by The Bay and then sold to Sears Roebuck of the U.S. The company was renamed Sears Canada in 1984 to reflect its independence. 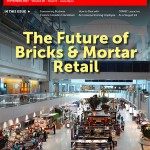