AuRico Metals is a precious metals royalty and development company whose existence was created through a merger between AuRico Gold and Alamos Gold in May, 2015. Shareholders of both those companies received shares in the newly created AuRico Metals, which is dedicated to creating shareholders’ value while fully embracing sustainable development within the resources industry.

Assets of AuRico Metals include a 1.5% NSR on the Young-Davidson gold mine, a 0.25% NSR on the Williams mine at Hemlo, and a 0.5% NSR on the Eagle River mine – all located in Ontario, Canada. There is also has a 2% NSR on the Fosterville Mine, located in Victoria, Australia, which is currently the company’s largest paying royalty, with payments received on a quarterly basis. Last, but certainly not least, is the 100% ownership stake of the advanced stage Kemess Gold-Copper Project, 250km north of Smithers, B.C.

The Canadian Business Journal recently spoke with AuRico Metals President and CEO Chris Richter, who has more than 15 years of experience in the mining industry in leading strategy, mergers and acquisitions and capital allocation efforts. Prior to taking the helm as the chief executive with AuRico Metals he was Senior VP of Corporate Development at AuRico Gold and before that he spent seven years at Barrick Gold.

With such an extensive resume in natural resources mining and management, Richter has been involved with large and intermediate producers as well as junior developers and royalty companies throughout his career. Obviously the challenges now faced by Richter and his executive team are much different than when he worked with Barrick Gold but as he points out it is all part of the same industry and requires dealing with many of the same people.

“Most of my history involved doing corporate development or mergers and acquisitions but I was very fortunate when, two years ago, AuRico Metals was spun out in order for me to have the opportunity to become the CEO. I can benefit from a lot of things I’ve done in the past while learning new skillsets,” says Richter.

The head office for AuRico Metals is in Toronto but over the past few months Richter has been spending a considerable amount of time on the road. From the outset there has been a belief that Kemess deserved to be in its own company, rested on a thorough conviction that it is a very unique and valuable asset. The company is seeded with a number of cash flowing royalties, thus creating value on both sides. Kemess is in an excellent geographic jurisdiction and it’s also a brownfield opportunity.

“We like to point out that close to $1 billion of replacement cost infrastructure is already in place. That is a huge advantage when you consider that – relative to green-field opportunities – there had already been a lot of tactical work done on Kemess, which has a very big deposit,” says Richter.

Over the past two years the executive team has continued to advance the project and achieved some of the milestones that had been in the works for many years, including the various environmental approvals for Kemess and the impact benefit agreement that was signed with the First Nations’ partners. The company has provided a resource update on Kemess East, which presents an exciting upside on top of the Kemess Underground opportunity where a feasibility study was completed and distributed last year.

Kemess is clearly the main focus for Richter and his team with so much potential upside. With respect to royalties, AuRico took an approach that they would see about added scale to that side of the business and have continued to add more cash-flowing royalties.

“From the outset we might have had three royalties. Today we have more than 20 including four that are producing. Some of that value creation of the royalty side has been driven by deals that we’ve done, but more importantly we’ve actually been quite lucky – and I think that’s the right word – in that some of the royalties we’ve had from early on have become a lot more valuable. One that is particularly exciting is a 2% NSR or revenue-based royalty that we have on Kirkland Gold’s Fosterville mine in Australia,” says Richter.

Kemess was one of the largest operational mines in Canada between 1998 and 2011. It produced 3 million ounces of gold and 750 million pounds of copper from a 50,000 tonne per day processing facility.

“We’re very fortunate to have that infrastructure in place and it has been maintained since the Kemess operations ceased in 2011 because the open pit was exhausted.

In terms of access to Kemess there is a road into the site and an airstrip nearby. Maintenance crews are always onsite and are flown in and out on a two-week rotational basis. Currently there are two drills running on the property specifically targeting Kemess East. From a processing perspective AuRico Metals has everything it requires for bringing the Kemess Underground project into full production with the necessary infrastructure in place. AuRico also owns a power line that is connected to the power grid.

“On a combined basis, Underground and East today has over 12 million ounces of gold equivalent. These are large gold-copper deposits. We own 100% of the property. There are also no royalties or streams encumbering our Underground or East deposits,” Richter points out.

Earlier this year AuRico Metals acquired Ontario-based Kiska Metals. The acquisition was announced late last year and the deal closed in March and in so doing brought an additional six royalties. They are still in the early stages and at present none are producing, but Richter says the company is still quite attracted by the optionality in the royalties. Kiska also had a portfolio of wholly-owned exploration assets, mostly in British Columbia with some of those properties viewed as being quite prospective.

“The properties that Kiska brought we can – at the very least – put a royalty on those assets and then look to find a partner to advance exploration on those properties, which would make our royalty more valuable,” explains Richter.

Technology continually affects the industry and because of that there is the need to bring in certain skillsets from wherever they may exist but Richter makes it clear that there will be labour opportunities for some local citizens within the region to be employed, including those from the First Nations. In fact, when the environmental approval certificates for Kemess were sent to the federal and provincial ministers to be approved the application was accompanied by letters of support from all three First Nations communities.

“Our experience with the First Nations at Kemess has been very positive. What we’re most proud of is the recent Impact Benefit agreement, which was approved by ourselves and the three First Nations in the area. That signifies their support for the project and we made commitments regarding environmental monitoring and training opportunities. It was a big achievement for our Chief Operating Officer John Fitzgerald and I was fortunate to work on that as well,” says Richter.

The aim now is to secure the final permits that can then lead towards the commencement of construction at Kemess.

“At the end of the day our goal is to create as much value as possible for the stakeholders in the company and that includes our shareholders, our employees and the surrounding communities. Our main focus will definitely be on Kemess,” states Richter. “This is the special asset that can drive a lot of value creation and deliver a lot of opportunities for the people in north central B.C.” 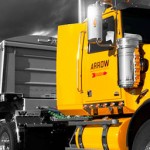 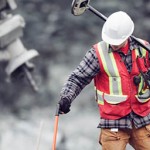