Many leaders simply manage and it is the opposite. Leadership falls into the functions of management and is at the core of being a great manager. Without great leadership a manager is stagnant only concerned for the status-quo. Leadership, being the core of management, is crucial to and organization’s success – both from a performance and management level. In the absence of effective leadership, companies lose the required direction to achieve a high degree of competitiveness, and cannot implement a successful change in order to adapt to today’s uncertain business environment – they simply resort to managing the status quo. Executives have found that leadership is critical to business success and has relative value in organizations throughout North American and the rest of the developed countries.

Steven Markham conducted research in which he indicated that leadership was rooted in the ancient world. He found that the concept of leadership emerged in ancient extended families or clans. Collections of clans, in turn, created cities. For example, ancient Rome consisted of 35 clans. Steven Markham also demonstrates that leadership was centralized, and clan membership was highly valued for guaranteeing success in all the social institutions.

Roman legions were examples of how clan membership could contribute to an individual’s successes. Violina Rindova and William Starbuck agree with Steven Markham in that leadership stems from ancient history and similarly report that Confucius said “if a leader behaves as a noble should, all goes well even though the leader gives no orders. But if a leader does not behave as a noble should, people will not even obey when the leader gives orders.”

One vital step to defining leadership is to discern between leadership and management. A prominent scholar by the name of Warren Bennis in his book, On Becoming a Leader, identified the difference between leadership and management. He asserts that leaders acquire their competencies through education, while managers become familiar with management practices through training. Some firms promote people based upon tenure or length of employment, acquired system’s knowledge, or satisfice by selecting the best player at the time even if there may be better managers for the job both inside and outside the company. While, other companies develop people into great managers and great leaders by educating them and applying what they learn. In comparison, he highlights that education is more active, broad, flexible, experimental, synthetic, and strategic compared to training which is narrow, passive, and rote. This distinction denotes the differences between leaders and managers.

When looking at leadership from a new perspective, chief executive officers should understand the leadership models but place more emphasis on applying what works best for them in their current work environment. Many executives wonder what academic and leadership writers are trying to explain via models. There really is not much difference except that a theoretical framework has been tried and tested while a model may be an application that leaders can learn and teach others. For instance various models are presented in an attempt to portray the concept of leadership. However, there have been several shifts in the thought of leadership, and subsequently newer approaches to leadership emerged leading up to the emergence of authentic leadership model.

Authentic leadership provides prescriptive and anecdotal applications that leaders and supervisors can grasp. It is straightforward and uses a variety of guidelines for both leaders and followers alike. A prominent scholar by the name of Bill George explain authentic leaders as those managers who “recognize their shortcomings, and work hard to overcome them. They lead with purpose, meaning and values. They build enduring relationships with people. Others follow them because they know where they stand. They are consistent and self-disciplined.

When their principles are tested, they refuse to compromise.” However, authentic Leadership has not evaded the criticism by scholars that normally are associated with leadership models and theories. For example, two scholars by the names of Jackie Ford and Nancy Harding maintain that the foundations of authentic leadership are “somewhat vague,” and lack of attention to how an authentic leader can adapt to every situations and present different faces to different followers while remaining authentic. They also challenge authentic leadership in terms of its theoretical foundations and approach to adapting people to the collective, and argue that this leadership style failed to consider the fact that each person is full of contradictions. In addition, Rita Gardiner, an author and scholar in the area of management at the University of Western Ontario, critiques authentic Leadership for the lack of a theoretical rationale by which the essential role of social and historical factors can be justified, and posits that “authentic leadership is deeply problematic because it fails to take into account how social and historical circumstances affect a person’s ability to be a leader.”

For a leader to be completely authentic, telling the truth is not always easy. Therefore, is being an Authentic Leader a good thing? Yes. Does it work in every situation? No. Should a leader know about it? – and also consider being as authentic as possible when determining his or her strengths and weaknesses? Yes. 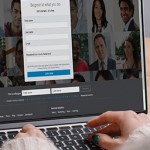 Why I Accept or Reject a LinkedIn Connection Request 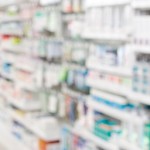