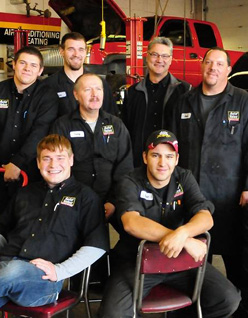 Hands on the Wheel

Saskatchewan-based automotive parts warehouse distributor Auto Electric Service Ltd. reaches its 70th anniversary next year and has the extensive inventory to show for it.

In nearly 70 years of business, Auto Electric Service Ltd has passed through four different ownership groups and undergone many changes. Today it is Saskatchewan’s largest locally owned and operated automotive parts warehouse, with five corporate stores across Regina, Yorkton, Estevan and Weyburn. It is primarily a distributor of automotive aftermarket parts, but also has a body shop supply division selling products such as PPG paint and 3M abrasives. The diverse company also has a separate division called Mainline Fleet Services for the industrial, agricultural and fleet sectors.

President Bob Jaworski is proud of the fact it remains owner-operated after all these years, with seven highly involved shareholders. “It’s a very hands-on ownership – a lot of our owners run specific stores, so the decision-making process always happens very quickly because the owners are right there day-to-day with our customers and staff,” he says. “I think that’s really aided the effectiveness of the company. Our owner-operated mentality means listening to our employees and customers on what works best when making decisions.”

Having its owners close to the everyday workings of the business allows the company to be flexible and adaptive to local markets. Its strategically placed stores stock products suited to their respective local industries, such as oil, potash and agriculture. “Our business is set up to adjust to the marketplace that we trade in,” Jaworski adds.

With a central warehouse in Regina, four other corporate stores and sales through eight independent jobbing stores, Auto Electric covers a large distribution area. However, Jaworski estimates the company’s operating area has a small population base of less than half a million people. “Because of our extensive distribution, we have a very high percentage of market share,” he adds.

Serving thousands of customers across a large geographical area means the business sometimes finds itself stretched. “The biggest issue, on the logistical side of things, is that our customers are spread out over such long distances that our territory salesman will travel two to three hours in any given day to get out to their customers,” Jaworski explains. “Making these trips means they’re providing a long days’ service for a small customer base, when you’re in some of those rural areas.”

The product supply side of things brings an even greater challenge. To ensure it is never caught out of stock, Auto Electric holds an extensive range of parts, totalling millions of dollars in value. Jaworski says stocking all the possible parts a customer may need is a challenge because “parts proliferation in the aftermarket is just unreal”. The typical longevity of vehicles in Saskatchewan, owing to its climate being less conducive to rust, introduces a further difficulty.

“The vehicles here are some of the oldest in Canada, so it’s not like we just have to carry parts for vehicles that are 15 years old – we still have old grain trucks from the early 1950s on our roads,” Jaworski says. “It really challenges your inventory. You can’t just get rid of all those old parts, because their corresponding vehicles are still on the road.”

Of course, ensuring it is up-to-date with brand new parts is equally important and whenever new vehicles come on the market, particularly ones for the oil industry, Auto Electric has to get the parts in stock immediately. “We really need to do our due diligence when it comes to putting inventory in,” Jaworski adds.

“We work very closely with our suppliers and manufacturers. We have one purchasing manager, Sandie Goldsney, whose main job is to update inventory, watch for obsolescence and reinvest in new parts that are coming out. We’ve doubled our inventory over the last 10 years, which is pretty significant in this industry.”

In the Fast Lane

Auto Electric has almost 100 staff, which is significantly more than any competitors. This is necessary partly because of the business’s sheer volume of parts, but also because of the high level of service it provides. “I think our success has come from focusing on the value-added part of the business: providing service, technical training and generally bringing more to the table for our customers than just selling automotive parts,” says Jaworski.

“We’re committed to providing the best service through having knowledgeable staff and offering value-added products that assist our customers in being more profitable – that’s really where we put a lot of our focus. We want our customers to be successful and we want them to increase the amount of work they do in their shops, which is where we benefit too. If we’re helping them to be successful, the likelihood is that they’re going to support us rather than one of our competitors.”

Jaworski’s comments are backed up by the fact that more than 50 per cent of Auto Electric’s staff are long-service awards recipients. “That speaks for itself in two ways: first, they wouldn’t be here if it wasn’t a good company to work for; and second, their experience level makes us a better company,” he adds. “Our staff are very knowledgeable of our day-to-day operations and sales, and we have performance-based programs that run every month based on how we do against our budget, so everyone is tied into our success.”

Over the next few years, Auto Electric wants to continue investing in more staff and inventory, and looking for areas of opportunity in terms of selling to new independent jobbers and service providers. The company also wants to increase its number of corporate stores, located strategically when new markets open up. “We want to expand, we want to grow our business and ensure we’re continuing to be very profitable, while also establishing the next owners of Auto Electric when some of our current owners retire,” Jaworski says.

“As a company we believe our strategy of bringing on shareholders who are working in the company has proven to be very successful, so in the future we plan to continue to pursue that direction with our key personnel.” Clearly, Jaworski is keen to retain Auto Electric’s ties to its long history — but the business has its sights set firmly on the future. 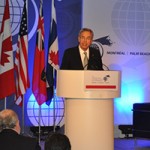 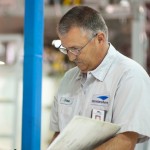