VIEW BROCHURE
Ensuring the aftermarket is never an afterthought

The Automotive Industries Association (AIA) of Canada is the auto sector’s official national trade association that brings together the entire automotive aftermarket, supply and service chain. Celebrating its 75th anniversary AIA’s mandate is now and always has been to promote, educate and represent members in all areas that impact the growth and prosperity of the automotive industry.

About 18 months ago AIA Canada moved out of its long-standing office at 1272 Wellington Street in Ottawa when it became apparent the association required a larger location. The new address is at 180 Elgin Street next to the large Bell office tower and across from the old Ottawa City Hall and near Parliament Hill. About 30 people work out of the national office with several employees stationed out of Quebec and one employee in the west to help steer local activities. AIA currently has about 900 member companies representing about 4,000 locations across the country.

Jean-Francois Champagne came on board as President of AIA Canada on September 1, 2015 right around the time of the move to the new office location. Equipped with a career background in association management and electronics security, Champagne felt this was an excellent career move and something he passionately wanted to pursue. The Canadian Business Journal recently spoke with the AIA president about his association’s mandate and plans for the future.

“When I joined as president it was an eye-opener to see the breadth of the automotive sector and more importantly the engagement of the people. I have been so impressed by an industry that has been very welcoming to me. It’s been a very positive experience,” begins Champagne.

In tracing the origins of AIA it was the automotive parts manufacturers and distributors who are to be credited with the original formation and development of the association. But according to Champagne the sector has changed immensely over the past 75 years. Today there is still a very vibrant and active sector that continues to support vehicles after their original sale, comprised of manufacturers, distributors but now there is noticeably a much broader spectrum of players that have entered the space as more and more vehicles now populate the Canadian roadways.

As a national association many of the topics that are important to AIA’s members are derived from federal regulations and laws so having a presence in the nation’s capital is very important.

“Moving to 180 Elgin was a statement in making sure people understand that we are committed to the city, primarily because of the federal government’s presence here,” affirms Champagne. “We also have many activities with the provincial governments sometimes in partnerships with sister organizations.”

In dealing with the various provincial jurisdictons the fundamental dynamics and issues tend to be quite similar but application in the real world can often be different. Training, education, apprenticeship programs and mobility of labour are issues to be addressed at the provincial level although Quebec does face certain unique circumstances according to Champagne. “Quebec is faced with additional layers of regulations that we must be aware about but otherwise everything else is much the same across the country.”

AIA is patently defining itself as a knowledge hub for its members and that focused agenda is being driven in a variety of ways including educational programs and market research. AIA is able to provide a resource to its members about trends that impact them at both at the macro and micro levels. There are also outlook studies that give the AIA management team a sense of the size of the industry at any given time and whether or not they are in the midst of a growth pattern and the necessary response to it. Additionally there are indepth studies and reports on consumer behaviour including behaviour patterns and a propensity for buying parts online. Communicating important information has always been a strong characteristic of AIA, which is appreciated by its membership.

“We are a great platform for networking and we do it through a variety of events and conferences that allows people to communicate directly, which is very important in today’s world,” notes Champagne.

As the official voice of the Canadian auto aftermarket, and representing the best interests of AIA members, the association provides a substantial commitment to corporate social responsibility. As an example, the banning of asbestos, which was found in friction products and brake pads, specifically was an initiative led by AIA.

“We felt it was important to take a position on behalf of our members to educate them about the negative aspects of asbestos,” says Champagne.

As president, Champagne has been empowered by the board of directors with a capacity to lead the organization on a daily basis between board meetings. He believes excellent communication with the board is definitely something that makes AIA so effective. “They (the board) have been such a great resource to me that I have been leveraging their knowledge. The board only meets twice a year but the contact I have with the various board members is ongoing.”

As of 2015, the automotive aftermarket sector in Canada became a $21 billion industry that employs more than 388,000 people in every community across the country.

“Not only was the number $21 billion for 2015 that number continues to grow and in fact is ahead of projected outlook studies for the automotive aftermarket, so it’s very encouraging to see that kind of growth,” Champagne proudly says.

To put those colossal figures into perspective, it’s about the same number of people and dollar amount that is generated by the manufacturing and sales of new vehicles in Canada. The auto aftermarket unto itself is about as big an economic driver as the original manufacturers and sales of new vehicles. Incredibly, the aftermarket is still showing signs of impressive growth, which can be attributed to several core factors. Most notably the number of vehicles on the roadways continues to increase but another important factor is that the age of the average vehicle on the road in Canada is almost 10 years. That statistic is quite often a surprise to people, who assume the average age of vehicles on the roadways would be only three to four years old.

A positive aspect within the industry is the continued support for parts and servicing of vehicle brands that have been discontinued. However, to be on the safe side Champagne suggests consulting with your local automotive service provider, who would be able to provide the most informed opinion prior to making a purchasing commitment.

As with any business sector there are always ongoing challenges to be met. Regarding the Canadian dollar and its value versus its American counterpart, Champagne says maintaining currency stability makes it much easier for the industry to adapt. The substantial workforce must also adapt to the newer, far more sophisticated vehicles and their accompanying technologies.

Staying Ahead of the Curve

In order to succeed there must always be a continuing increase in knowledge with respect to the many game-changing disruptors that will continue to spawn impactful revolutions within the industry. Telematics is an example of one such revolution whereby much of the information that is generated by a vehicle’s onboard computer system is now broadcasted wirelessly from the vehicle as it moves. The capacity for the aftermarket to conduct preventive maintenance in a timely, effective manner is crucial. Countless disruptors are entering the automotive sector and staying ahead of the next curve in the road is essential.

“We have a bit of a luxury in that we typically service vehicles that have been on the road for a few years so there’s a bit of a buffer effect. But the new vehicles are more complex and we must be mindful that we’re going to need to also be innovative on the service side of the industry to ensure that the people we’ve got are educated and equipped to be able to handle these new technologies,” says Champagne. “The typical person working in the automotive aftermarket today is no longer in blue coveralls doused in oil but more likely resembles someone working in a lab. I don’t ever want the aftermarket to be an afterthought.”

Over the next few years Champagne would like to see a continuation on the building of the knowledge hub as technology continues to be a prime disruptor. AIA has struck a partnership with the International Career Development Conference (ICDC) for the launch of an aftermarket labour market intelligence project. It covers details about going into the automotive field and identifying the type of work done by people within the industry while providing valuable data through an online portal that explains the types of occupations available, where the jobs exist, the pay scale and where there may be labour shortages. By extension, it’s also useful for educational institutions for their curriculum and the students who are looking to decide on what career path they want to follow and governments can provide direct funding where there may be shortages.

Champagne is excitedly optimistic about the industry and where it’s heading, but he’d still love to be able to implement a higher level of educating the public about their right to choose about purchasing and repair options. A common misnomer has to do with warranties. Even if a vehicle is still under warranty, that warranty will not be voided if a customer opts to have their vehicle repaired at an independent location. That is a prime example of a message Champagne and his team want to get through to people by educating them about their right to choose.

AIA is well known for its generosity in giving back to local communities, and in particular children’s charities. Every year, AIA members from across the country donate their time and money to a variety of worthy causes and charities. AIA Canada formalized that involvement through the establishment of the AIA High Fives for Kids Foundation – a bold, charitable cause for Canada’s automotive aftermarket industry, which became operational in January 2005. The High Fives for Kids Foundation provides both grants and scholarships. The grants support local or national registered charities that have programs for the benefit of children and youth.

“I’m very proud to be associated with the High Fives for Kids Foundation. The vision of the people who started it was to really make an impact in the lives of kids across the country. Much of our membership is those local parts stores in local communities – not large corporations who donate large amounts to large causes. We’ve taken it upon ourselves to support local charities and organizations that are there for the children and we do it in partnership with our members in those communities,” says Champagne. 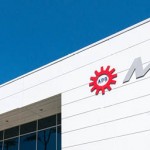 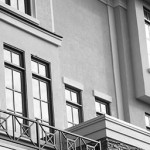