Home | Features | May 13 | Automotive Nostalgia is Big, But Has a Price

Automotive Nostalgia is Big, But Has a Price 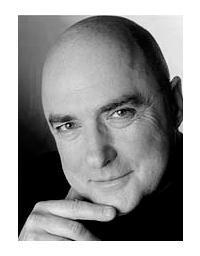 I bought the white 1961 Jaguar XKE convertible in 1966.  I was 19.  The Jag cost me $1,500.  It was money I didn’t have, but the bank did and was only too glad to lend a young man with a good job, a decent paycheque and financial obligations limited to paying relatively modest monthly apartment rent.

New, my ‘E’ had set someone back about $5,600.  Big money at the beginning of the decade which was to deliver Woodstock and Steve McQueen starring in the most famous car chase scene in movie history in the film Bullit.  McQueen’s ride was a 1967 Mustang GT390, a car which would follow the ‘E’ in my personal experience catalogue of nostalgia.

The $1,500 outlay for my 150mph pride of Coventry was, I was to quickly discover, merely the price of entry into the world of big-league auto ownership – a league well beyond my quickly exposed financial resources.

The ‘E’ hadn’t been well maintained.  It immediately began to release clouds of blue smoke.  A welcome development for the Jaguar dealer in Montreal, but some $800 later, with the situation only partially under control, an intrusion into the groceries budget of a young man who perhaps should have stayed a little longer with his $175, ‘59 Plymouth, gaping holes beneath the floor mats notwithstanding.

I was introduced to the concept of regular support payments for a union in which one partner’s maintenance requirements were clearly beyond my means, steadily increasing though they were.  So ‘E’ found itself parked in a rented garage while I headed for Calgary, returned to Montreal, eventually to make the Hamilton, Ont. area, my home base.  The plan was to rescue ‘E’ from its confinement.  A plan which remained on hold until after four years of pestering I gave in to a friend’s repeated “sell it to me” calls.  ‘E’ and I parted company.  Eight years after borrowing most of the original $1,500, I was able to deposit $4,000 into my account and stop paying storage rent.  Good deal.  So I thought.

Fast-forward to about a year ago when the nostalgia bug infected my system big time.  Maybe now, some four and a half decades after I would begin to cast about for a ‘61 E-Type.  It was a short fishing excursion and not a case of not finding the fish.  It was though a case of the fish laughing at my bait.  The very first classic cars website featuring XKE’s teased me with a photograph of an exquisitely maintained, low mileage beauty.  Wow!  I wouldn’t have to look any further.  I was in luck.  That is until I reached the end of the advertisement.  The asking price:  $181,000.   No, wait.  That’s the price the Jag sold for.

OK, so how about that 1967 Mustang GT390?  That time I bought a demo and with cash.  Mine.  If memory serves, I parted with approximately $2800, plus taxes.  I had toyed with trading the ‘E’, but didn’t.  Now I owned a parked ‘61 XKE and a car which proved the motivation for a street duel with seemingly every Dodge Charger launched off the assembly line.  Well, at least I didn’t have to ‘dodge’ shotgun shells in the process (for those who remember the movie).

How much would nostalgia set me back for a great shape ‘67 ‘Stang GT390?  $64,500 was the asking price for the first one.  An exploratory call was answered with “sold it yesterday buddy.”  Really?  For $64,000?   Since then I’ve sporadically followed up and found a few good ones available in the mid-30K range (that’s dollars, not kilometers).  Reasonable by today’s standards.

You can drive yourself mad on this nostalgia trip (and potentially broke).  However, if you have a life-long love affair with cars, there’s a wonderful array of beauties available.  Maybe you’ve been there, done that.  Perhaps at huge auctions like Barrett-Jackson or Mecum.  Maybe you’ve hustled through online ads, or contacted car clubs.  Whatever. They’re out there.  Everything from Model T’s to ‘57 Chevy’s and the muscle of the ‘60’s.  Always yearned for a massive Rolls Royce or Bentley?  That’s where I found the biggest surprises.   For about $30-40,000 and sometimes as low as $15-25,000 there’s a decently maintained, low mileage Rolls just waiting for you and your cash.

Did I mention I had two Rolls Royce motorcars?  A 1983 Silver Spirit and a 1984 Silver Spur.  I had those in ‘83 and ‘84.  Unfortunately, I was also required to return them to Rolls Royce North American HQ in Lyndhurst, New Jersey two weeks later.  They were subjects for magazine articles I hustled editors to permit me to write.  Today, that same RR Spirit or Spur?  Maybe $30,000.  Maybe less.

So, as they say in Lyndhurst, NJ, “whaddya waitin’ for”? 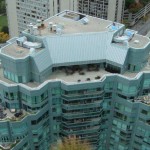 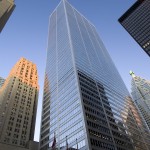