SILVER SPRING, MD–(Marketwired – April 04, 2017) – The Association of Zoos and Aquariums (AZA) and over 100 of its members have pledged over $1 million toward the emergency rescue of the vaquita porpoise, the world’s most endangered marine mammal. AZA and its members are joining the Mexican government, which today also announced that it is pledging up to $3 million to support the VaquitaCPR emergency rescue plan. VaquitaCPR (Conservation, Protection, and Recovery) is an emergency action plan led by the Mexican government, with the input of an expert group of conservation scientists and marine mammal veterinarians.

“Zoos and aquariums have a proud history of working to save species from extinction, including black-footed ferrets, the California condor, the Florida manatee and the blue iguana,” said Dan Ashe, AZA president and CEO. “This $1 million commitment by our members is the largest contribution other than the Mexican government. It’s a bold and heroic statement that we will do everything we can to prevent the extinction of the vaquita. The next step is to join the Mexican government and the VaquitaCPR consortium to support the implementation of the rescue plan.”

Scientists estimate the entire population of the vaquita is down to just 30 animals, only half of what it was a year earlier. The decline of the porpoise is due to entanglement in gill nets set during illegal fishing for a critically endangered drum fish, the totoaba, to obtain its swim bladder for markets in China.

“The situation is urgent, and I’m proud that our members have responded, so significantly,” Ashe said. “But while this is extraordinary, it is not unusual. AZA-accredited aquariums and zoos are dedicated conservation organizations.”

Nearly two dozen species would not be on Earth today were it not for zoos and aquariums accepting the challenge and working with partners to prevent extinction. It is also the reason AZA and its members established SAFE: Saving Animals From Extinction® (SAFE), a program to aggregate and coordinate member resources and expertise in saving endangered species, like the vaquita.

As with other species saved through efforts by AZA-accredited zoos and aquariums, the VaquitaCPR emergency rescue plan calls for capturing and relocating vaquitas to a temporary sanctuary while crucial efforts aimed at eliminating illegal fishing and removing gillnets from their environment continue.

Ashe said, “This is a heroic, high-risk endeavor. Vaquita has never been held even temporarily in human care, and little is known about the feeding, reproduction or behavioral needs of this animal. However, it is certain that the vaquita will go extinct if this rescue doesn’t begin immediately.”

“We are very grateful that both the Mexican government and AZA have pledged their support and we hope it will inspire others who share our determination to save the vaquita to donate toward continuing this effort,” said Dr. Lorenzo Rojas-Bracho, lead researcher and head of Mexico’s International Committee for the Recovery of the Vaquita (CIRVA). “Does the public care enough to help save the most endangered marine mammal in the world? I think so. We can’t stand by and watch this precious resource disappear.”

Despite substantial efforts by the Mexican government to protect vaquitas, the recovery team recently reviewed the latest results from advanced acoustic monitoring technology that showed the vaquita population continuing to rapidly decline. “We are determined to rescue this incredible native species,” said Rafael Pacchiano, Secretary of the Environment and Natural Resources of Mexico. “This latest funding demonstrates the administration of President Enrique Peña Nieto continues to be dedicated to providing the necessary resources to give this plan its best chance of success.”

Dr. Randy Wells, a senior conservation scientist from the AZA-accredited Chicago Zoological Society, has more than 46 years of international marine mammal conservation research experience. He serves as the AZA SAFE Vaquita Rescue Project Coordinator in collaboration with VaquitaCPR and other collaborators.

“Experts from around the world have come together and are working to save the vaquita in much the same way conservationists rescued the California condor from extinction in the 1980s,” said Dr. Wells. “We recognize that the odds are stacked against us, but the conservation and scientific communities feel a duty to act and we hope our collective expertise can make a difference.”

AZA is also identifying additional partners who can help support the rescue effort. First to offer help is Global Wildlife Conservation (GWC), an Austin-based organization that conserves the diversity of life on Earth. GWC has made a significant financial contribution in support of the rescue plan.

“The vaquita is emblematic of our planet’s extinction crisis, which requires urgent action to address,” said Dr. Wes Sechrest, GWC chief scientist and CEO. “We stand behind the valiant efforts of the Mexican government and VaquitaCPR in this critically important conservation and recovery effort. While securing the last vaquitas is an immediate need, we look forward to supporting the Mexican government’s restoration of the Gulf of California to a state where vaquita and all other species can once again be safe from human impacts.”

The unique collaboration between AZA-accredited zoos and aquariums, the government of Mexico and GWC is drawing international praise from the IUCN Species Survival Commission.

“Though the situation is clearly urgent and uncertain, the Vaquita CPR emergency rescue plan gives us hope for the recovery of the world’s smallest cetacean. The plan is based on the best scientific evidence and includes the top scientists from the zoo community and wild populations,” said Dr. Jon Paul Rodríguez, chair of the IUCN Species Survival Commission. “These are bold actions, and I congratulate the Government of Mexico, AZA and GWC for coming forward with the resources necessary to make them happen.”

A complete list of the AZA-accredited facilities that have contributed to the AZA SAFE Vaquita Rescue Plan can be found online at: https://www.aza.org/donors-to-the-aza-safe-vaquita-rescue-project.

About AZA
Founded in 1924, the Association of Zoos and Aquariums is a nonprofit organization dedicated to the advancement of zoos and aquariums in the areas of conservation, animal welfare, education, science, and recreation. AZA is the accrediting body for the top zoos and aquariums in the United States and eight other countries. Look for the AZA accreditation logo whenever you visit a zoo or aquarium as your assurance that you are supporting a facility dedicated to providing excellent care for animals, a great experience for you, and a better future for all living things. The AZA is a leader in saving species and your link to helping animals all over the world. To learn more, visit www.aza.org.

About VaquitaCPR
VaquitaCPR is led by Mexico’s Ministry of Environment and Natural Resources (SEMARNAT). The National Marine Mammal Foundation, The Marine Mammal Center, and the Chicago Zoological Society are primary partners in this extraordinary conservation effort. Key collaborators in Mexico include the International Committee for the Recovery of the Vaquita (CIRVA), the National Institute of Ecology and Climate Change (INECC), the Mexican Association of Habitats for the Interaction and Protection of Marine Mammals (AMHMAR), and Acuario Oceanico. European collaborators include Dolfinarium Harderwijk, Aarhus University, and Fjord&Baelt. Additional United States collaborators are Duke University and the Marine Mammal Commission, with NOAA Fisheries providing technical expertise. The Association of Zoos and Aquariums, Dolphin Quest, SeaWorld, Vancouver Aquarium, and the International Marine Animal Trainer’s Association are offering support and expertise to the program and assisting with fundraising.

About Global Wildlife Conservation
Global Wildlife Conservation protects endangered species and habitats through science-based field action. GWC envisions a world with diverse and abundant wildlife and is dedicated to ensuring that the species on the verge of extinction are not lost. The global organization brings together scientists, conservationists, policymakers and industry leaders to ensure a truly collaborative approach to species conservation. Learn more at www.globalwildlife.org

About the IUCN Species Survival Commission (SSC)
Founded in 1948, the SSC is the largest of IUCN’s six Commissions. From a small group of individuals who pioneered the concept of the Red Data Book, it has developed into a global network of over 10,000 volunteer members working in every ecosystem and almost every country in the world. The SSC membership includes experts on most of the major taxa of plants and animals, as well as government officials, conservation biologists, wildlife veterinarians, zoo employees, policy experts, marine biologists, and managers of protected areas. Collectively, the SSC members comprise the world’s single largest pool of knowledge on the status of species, on the threats to their continued survival, and on the science-based conservation solutions. 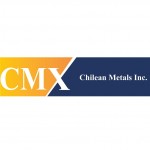