B.C. and Ontario are forecast to spearhead the country in economic growth through 2016, deemed to be the country’s current leading provincial economic drivers. The need for these two established provinces to succeed is all the more significant in light of the huge downturn facing Alberta due to the ongoing global oil pricing crisis, with no sign of a letup in sight.

After the 2008 global economic downturn, the B.C. government had each public employee sign a net zero contract, freezing wages for two years. That was followed by two years of cooperative gains contracts — where every raise had to be funded through corresponding savings in the same contract.

As the economy slowly recovered the B.C. government workers signed five-year deals with modest raises and the opportunity to earn economic growth dividends. It all makes perfect sense. If the economy grows faster than predicted, employees will be rewarded. It means there is now a direct correlation between economic success and salary increases. In 2012, British Columbia’s GDP was the fourth largest in Canada but third now a distinct possibility given the troubles that are being faced to the east.

B.C. has strategically created a thriving economic climate that attracts investment and fosters job creation through diversified trade and infrastructure development. The province’s Finance Minister Mike de Jong held a keynote address at the Toronto Region Board of Trade after which The Canadian Business Journal had an opportunity to speak with him in a one-on-one interview.

The rate of construction is always an excellent method of determining the health of an economy, and in B.C. it’s a going concern. Headlining the list of new infrastructure is the massive P3 $8.3 billion Site C earth fill hydroelectric dam project in the northeastern quadrant of the province, spearheaded by B.C. Hydro. The eight-year project along the Peace River is expected to contribute $3.2 billion to the provincial gross domestic product (GDP) and $130 million to the local communities. Site C is the first hydroelectric dam built in British Columbia in over 30 years. The last one B.C. Hydro built was the Revelstoke Dam in 1984.

The Trudeau government has promised billions in infrastructure money and it’s something B.C. expects the federal Liberals will follow through on.

“The construction sector is doing very well and it’s one of the reasons why we’re leading the country in economic growth,” de Jong tells us. “On the infrastructure front we are looking forward to receiving our fair share of what the federal government has untaken to provide. A lot of that is going to focus on moving people and goods. Green-related transit technology in urban centres will be big. But we’ve also talked about other aspects of this that people would find interesting, including Site C, which is the biggest public infrastructure project in our history.”

De Jong also noted that B.C. is talking with both the federal government and the Alberta provincial government about the possibility of a transmission tie-in that could help Alberta to reduce its dependency on fossil fuel generated electricity.

“There’s an opportunity to tap into federal infrastructure dollars to accomplish an environmental objective that crosses provincial boundaries,” he says.

The forestry industry remains a vital component of the B.C. economy, but employment in the resource sector has fallen steadily as a percentage of employment. Most new jobs over the past few years have sprouted up in the construction and retail/service sectors to the point that it now has the highest percentage of service industry jobs in the west.

Given the bleak job opportunities for many skilled workers who have traditionally made a living in the oil and gas sector in Alberta, a number of them are looking to transition their skillsets to other forms of work and many of those people are making their way further west to British Columbia. It’s a migration that de Jong has noticed.

“The population in-flow numbers from within Canada are higher than they’ve been in 20 years,” de Jong confirms. “Not everyone is from Alberta but it would be roughly half. Happily our economy – because it is trade diversified – is accommodating those folks, whether it is big energy-related projects like Site C, our burgeoning LNG sector or technology, tourism and agri-food, all of these are areas of the B.C. economy that are performing well.”

De Jong is seeing more people enter B.C. domestically from other parts of Canada but internationally as well. That too is contributing to a phenomenon that is familiar to Ontarians – that being pressure on the housing market. In B.C. it’s been especially noticeable in the lower mainland. De Jong views it all as a challenge, but it’s the positive challenge of a growing economy.

The largest section of this employment is in finance, insurance, real estate and corporate management. However, the rural areas are still most heavily dependent upon resource extraction. With Vancouver’s film industry known as Hollywood North, the metropolitan area is the third-largest feature film production location in North America, after Los Angeles and New York City. While business was booming as late as last summer, there are critics who warn it may not be sustainable with the word fickle often being bandied about when describing the decision-making process of executives within the industry.

More than 40,000 direct and indirect jobs are generated by film and television production studios in B.C., with about 80% in the Metro Vancouver region where direct spending totalled more than $2 billion last year.

Not that long ago, de Jong announced cutbacks were necessary and that the province could no longer afford to keep the tax credits that draw film and TV-productions such as the box-office smash Deadpool. It’s estimated the existing film tax credit costs the provincial treasury about $350 million per year.

“We’re not prepared to see payouts grow at the rate they have. We have a balanced budget, but we have other priority areas that we feel we need to address on behalf of British Columbians,” he said in a previously published interview.

Another challenging task has been to get sufficient Canadian goods to tidewater and increase our trading potential with Asia. Despite the fact the Chinese economy is no longer growing at an astronomical pace of 16% or 17%, the fact is it’s still growing, albeit a far more modest 5% to 6%. Nonetheless, with such a colossal market, it still represents billions of dollars for Canadian exporters. As a country of 35 million people, de Jong firmly believes that B.C. and the rest of Canada can get a leg up on the competition by getting to some of these lucrative untapped markets ahead of the crowd.

“Our challenge as Canadians is to realize that Asia is far more than just China,” he notes. “We have done relatively well as of late in entering the Chinese market but we’ve done a poor job in establishing a presence for ourselves as Canadian business in India, which has the largest middle class in the world, far larger than China.”

The Trans-Pacific Partnership (TPP) agreement is one of the largest and most comprehensive trade deals in the world. In early February all 12 member countries signed the TPP agreement in Auckland, New Zealand. The member countries are: Canada, the United States, Japan, Malaysia, Vietnam, Singapore, Australia, New Zealand, Brunei, Chile, Peru and Mexico. The ratification process is now underway and could take up to two years after the date of signing.

The TPP has a total market reach of 800 million people and a GDP of $28 trillion. About 65% of B.C.’s current exports go to member nations. Once the treaty officially begins, exports from B.C. are expected to increase by $320 million, with a net gain of nearly 3,000 jobs with annual GDP expected to increase by as much as $325 million. The business industries that are expected to receive the biggest boost include: agri-foods, forestry, mining seafood, architectural and engineering services and research and development.

The B.C. provincial government recently announced it would be investing $8 million to promote the use of its wood, help advance wood building systems and products, and to expand global markets for B.C. wood products. Premier Christy Clark made the announcement while attending the Council of Forest Industries annual convention in Kelowna.

The old saying “Go west, young man” is still apropos today, but now most that do are not stopping in Alberta and are instead continuing all the way out to B.C. 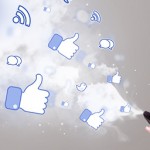 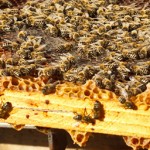