B.C. vs. Alberta – The Rivalry Intensifies

There has always been a competitive rivalry between British Columbia and Alberta and it has extended from such notable sectors as tourism, manufacturing, construction, retail services and natural resources such as forestry, minerals and mining and the oil and gas sector. Those types of rivalries are not uncommon and occur between all provinces and territories on a regular basis. But recently the inter-provincial rivalry has gone from aggressive competition to an outright nasty spat, which primarily revolves around oil and gas, which just happens to be the number one economic driver in Alberta and a significant one for B.C. as well.

The main sticking point that is creating immense friction between the two western provinces is the expansion of the Trans Mountain pipeline, which represents a major pipeline project that would provide far greater volumes of crude to be transported from Alberta to the B.C. coast and then out to tidewater to provide oil to burgeoning Asian markets. It is widely believed that Canada needs to find more enhanced alternative partnerships rather than having to rely so heavily on the United States.

The current Trans Mountain pipeline infrastructure has been operational between the two provinces since 1953 and has been in use since 1953. Five years ago, Kinder Morgan submitted an application for the Trans Mountain Pipeline Expansion Project, but it has been met by numerous roadblocks, including the Province of British Columbia.

Some years ago, U.S. oil producers along with the American government decided to make a concerted effort to become energy self-sufficient in the face of ever-increasing oil prices being demanded from the 12 member nations of the Organization of the Petroleum Exporting Countries (OPEC), namely Algeria, Angola, Ecuador, Iran, Iraq, Kuwait, Libya, Nigeria, Qatar, Saudi Arabia, United Arab Emirates and Venezuela. At the centre of concern, beyond the exorbitant price-gauging was a genuine concern that a significant portion of the proceeds from the sales were used by several OPEC nations to fund international terrorism, including plans of attack against the western world and specifically the United States.

The number of U.S. producers who became engaged in drilling shale gas and using the controversial fracking techniques over the past decade grew by leaps and bounds. It was a way for America to fulfill its ambition of being energy self-reliant and not be held hostage to the high prices that were being commanded from OPEC. The move also served as the primary impetus for a massive internal struggle between the 12 OPEC nations. Some felt it best to greatly lower the cost of oil in order to save their most prized international customer – the U.S. But other nations felt that by diluting the price it was devaluing their commodity. Seeing the OPEC nations at each other’s throats has no doubt brought about a sense of satisfaction for the U.S. government and its oil producers.

However, caught in the crossfire of the U.S.-OPEC power struggle has been Canada. There is no doubt that the U.S. has never intended to hurt Canada, but it’s safe to say the country has been caught if not in friendly fire, then certainly by the crossfire.

No longer is a barrel of oil selling for $145 per barrel as it did in 2008. The Alberta government had grown accustomed to high oil prices to cover the costs for its programs and services offerings in each annual budget. While Alberta had a cushion built in for oil dropping in value, it certainly didn’t factor in that oil would plummet to less than $40 per barrel at one point in 2015. The decline caused havoc with the books in Alberta, which gone from an expected $8 billion surplus to about a $10.5 billion deficit in one year and by 2017 had put the entire debt load at about $45 billion.

Phase Two of the pipeline, now 55 years after the start of the original, It would seem there could not be a better time for a pipeline extension. The second pipeline is slated to be built in parallel to the existing pipeline between Edmonton and Burnaby, just east of Vancouver and would be used to transport diluted bitumen. The additional pipeline would require 12 new pumping stations, meaning the system’s total capacity would almost triple from 300,000 barrels per day to just under 900,000. It’s estimated about 15,000 jobs would be created during the construction phase.

But, frustratingly for Kinder Morgan, after receiving the blessing and support from the federal government and many major petroleum industry customers the brakes have been slammed on any forward progress of the $7.5 billion project as a bitter dispute has arisen between the B.C. and Alberta governments and only seems to be deepening.

B.C. first made it known that it would oppose the project in 2016 partly because it felt Kinder Morgan had not provided enough information about its proposed spill prevention program. Those on the Alberta side have muttered that it was likely nothing more than B.C. looking to obtain a better financial deal for itself, upset that Alberta would reap a much larger share of the profits. But if the plan is to go through B.C., there is no doubt it wants to be properly compensated in addition to any other issues it brings forward. Those made known to date include Indigenous, socio-economic and environmental impacts, including project engineering, safety and emergency preparedness. B.C. NDP Premier John Horgan has retained expert legal counsel on what the province believes is its right to take appropriate measures to protect itself from the potentially catastrophic consequences of a diluted bitumen spill.

There had been some radical, albeit brief, thoughts by some pundits that the pipeline could be taken north to bypass B.C. altogether, but given the lack of infrastructure regarding shipping ports and pumping stations in the far north, that option isn’t a viable one for Kinder Morgan from a financial perspective and by extension, the years of extra time it would take to construct.

Retaliation and Cooling Off

Not everyone in Alberta is putting the entire blame on B.C. for the stalled project. United Conservative leader Jason Kenney says Alberta’s NDP Premier Rachel Notley blinked first in rescinding the suspension of its embargo on B.C. wine imports, which began earlier this month in retaliation for B.C. putting the brakes on the pipeline project. Notley had ordered the Alberta Gaming and Liquor Commission to cease future imports of British Columbia wine as a retaliatory sanction, but within days opted to back off that decision.

Kenney is unhappy with Notley’s decision to capitulate and play nice, although she says “it’s a matter of stepping back from the brink and abiding the law.” He believes it is imperative for Alberta to keep applying constant pressure on B.C.’s Premier Horgan.

“The Alberta NDP blinked in the face of more delay tactics by their fellow New Democrats in British Columbia,” said Kenney to a group of gathered media during a recent event. “In the face of this obvious transparent delay tactic by the B.C. government, I regret to see that Premier Notley has folded.”

For his part, Premier Horgan maintains the main obstacle from B.C.’s perspective is about environmental concerns, in spite of the fact both the federal government and the National Energy Board already approved the expansion project. Both the Alberta government and Ottawa are certain that B.C. cannot supersede federal authority.

It seems most experts are of the opinion Alberta and the federal government will ultimately win the case, the damage being done by B.C. during the stall period could cost the provincial and federal governments a tremendous amount of money for the economy while this all drags through the courts.

As of recent statistics, Alberta’s GDP was $375 billion, with about 25% generated from the energy industry, which accounted for about 8% of all jobs. B.C.’s GDP comes in at about $240 billion, with a large percentage tied to exported goods such as lumber and oil from various depots.

The expansion project faces opposition from several B.C. municipalities, First Nations, environmentalists and others, which means any movement on expansion could be delayed for quite some time to come. If there is any good news, it’s that just before the end of February both provinces seemed to have reached a truce in their pipeline battle, but neither is backing down from their positions for the time being – rather they seem to be taking a quieter approach as they look to reach a palatable satisfying solution, which is vital for both jurisdictions as well as the federal government. 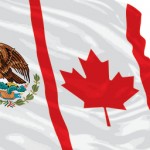 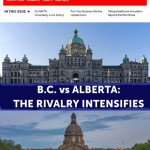