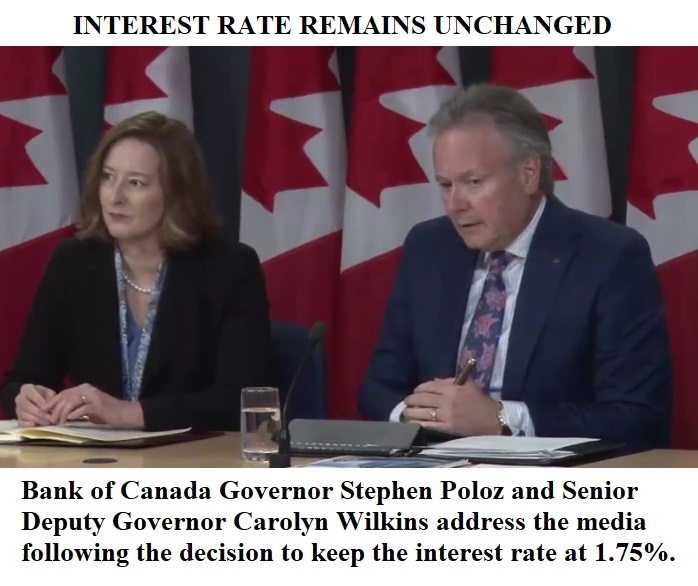 CBJ — It came as little surprise when the Bank of Canada announced it would be keeping its key interest rate unchanged at 1.75% fueled by a downgraded 2019 growth forecast and a prediction the economy would grind to a halt during the first six months of the year.

There was also no hint of any increases in the near future with the central bank preferring to take a wait-and-see approach in terms of how the economy reacts over the next month or so.

Bank of Canada Governor Stephen Poloz had bumped the rates five times between the middle of 2017 and late last year.

The bank is predicting growth of real gross domestic product of 1.2% this year, down from its January forecast of 1.7%.

The Bank of Canada is projecting growth of 0.3% in the first quarter of 2019, though it’s predicting the economy to pick up its pace in the second quarter.