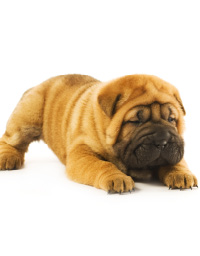 A bylaw may see the dogs gone soon from pet stores across Richmond, B.C. On Oct. 12, Richmond city council approved a reading of a proposed bylaw that would eliminate the sale of puppies at pet stores in the Vancouver suburb. The motion is designed to choke off puppy mills at the distribution point to ensure safe, humane raising of the animals and encourage adoptions from shelters, according to Richmond councillor Bill McNulty.

“Dogs are not  treated very well,” McNulty said, “in terms of where they’re coming from, puppy mills, non-registered breeders, being sold in stores where there isn’t necessarily training (but there is), impulse buying by the consumer. And then they’re being abandoned and Richmond is having to look after them at its animal shelter.” While Richmond kicks in over $500,000—no small portion of its budget—for the local animal shelter in an attempt to look after stray and abandoned animals, “more importantly, it’s a dog issue,” McNulty said.“The issue is not financial. The issue is what we are doing to take care of our animals that are being abandoned. And that’s the issue; we’re talking about 500 dogs a year.”

It may not just be a B.C. problem for long. Council is consulting its neighbouring communities, and provincial and federal governments. The municipality said they’ve already fielded questions about the bylaw from two other Canadian communities outside of the province.

McNulty said Richmond bills itself as a leader community and is aware the city’s move may spark legislation where “there may be a similar issue, and similar support, in a small community in Newfoundland, or one in Toronto, or Mississauga, or one in Alberta. We understand we’re the only ones in Canada taking this position and one of the very few in North America,” he added. “But we don’t care what other communities do. We deal with what affects Richmond residents and what the people of Richmond tell us. And obviously it steps on some toes.”

And it has stepped on toes. The ban, which saw its third reading passed unanimously on October 12, won’t hurt puppy mills as much as legitimate pet stores, according to one businessman who spoke against the bylaw at the October 12 meeting. “What we tried to actually state last night was that if you’re going after the actual problem of a puppy mill, this is not going to change that. This is actually going to encourage puppy mills,” said Tim Hansen, Assistant Store Manager at PJ’s Pets in Richmond.

A ban would only send more would-be dog owners looking to classified ads to buy the animals directly from puppy mills, Hansen argued, adding that “less than one per cent of dogs purchased … come from pet stores. What this basically does is eliminates an actual reputable source with knowledgeable staff.”
The so-called puppy ban is getting its share of attention in Richmond, with 75 people passionate about pets attending an Oct. 4’s council meeting. Groups such as the BCSPCA and the Pet Industry Joint Advisory Council of Canada have written letters to city hall on the bylaw. Many in the local pet industry are concerned about the fairness of the ban—and about their livelihoods.

PJ’s Pets already stopped selling puppies in August after sales crashed amid the recession. Hansen said he doesn’t think it’s likely the store will sell them again, given the ban and the ease for customers to “go over the bridge to Vancouver” or any other municipality in the Lower Mainland to buy a dog. That means stores will lose their contacts with new puppy owners and the return business they bring. Hansen said since they stopped selling puppies just months ago they’ve already seen a drop in related sales, like dog food.

The bylaw is the second in a year approved by a Richmond council looking out for animal rights. McNulty proposed a ban on rabbit sales in March this year before his fellow councillor Ken Johnstone put forth the puppy ban. While both bylaws should curb impulse pet-buying and hopefully the number of animals headed to local shelters, they also limit what Richmond’s pet stores can sell.

Kim Decker, a corporate communications officer for the city of Richmond, said should the proposed bylaw pass, “education and compliance are first” when it comes to enforcement. But, Decker added, that’s not to say the bylaw won’t have teeth should stores ignore it for long. “If they’re not complying,” she said, “we can do anything, from issuing tickets to pulling business licenses, right through to prosecution at the provincial court level.”

McNulty has little concern that the bylaw will have much of an economic impact on Richmond in terms of breeders no longer having an outlet to sell dogs. A number of Richmond establishments, he said, “order dogs from the United States. They’re not even Canadian dogs, or British Columbian dogs, let alone Richmond dogs. “They’re ordered out of country. And we have ample evidence of that.”

He didn’t express much sympathy for the pet stores in opposition to the bylaw, who he said are half to blame for impulse pet buying. “It’s been a concern when we have to deal with a budget on an annual basis of over $500,000 to look after a shelter for your stray dog, or the dog you bought two months ago and you decided you didn’t like it anymore,” McNulty said “The pet store wouldn’t take it back and they told you to take it to our shelter.”

Hansen disagrees. He said he and others in Richmond’s pet business take plenty of care to make sure animals aren’t bought simply on a whim. “The majority of my customers, I know them on a first-name basis.” He said the real issue is the “agenda” of some who back the ban. If they had their way, he said, people looking for a new pet would have no choice but to adopt from a shelter. “Pretty soon you’re going to have to go to the SPCA to buy a puppy,” he said.

Council is still allowing residents to speak their minds on the puppy ban, and Decker said the final decision won’t come one way or another until mid-November. McNulty doesn’t think it’s likely the bylaw will see so much as a hiccup on its way to adoption—not with nine councillors backing it as vocally as they have.

Meanwhile, those in opposition like Hansen think there is not much of a fight left, with little room available for a compromise. “There are select groups of people who believe animals should only be rescued…if you’re owning an animal at all,” Hansen said, clearly frustrated by some of the fierce proponents of the ban. “It does seem more like it’s a personal vendetta.”

© Copyright 2020 The Canadian Business Journal. George Media Inc. All rights reserved.
Think long and hard about serving on the board of a non-profit organization 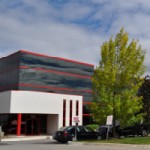