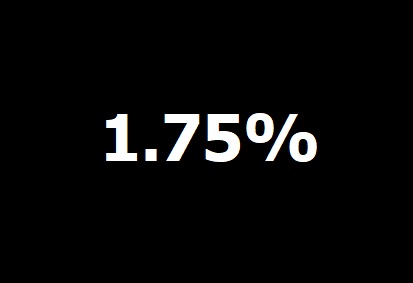 CBJ — The Bank of Canada has raised its trend-setting interest rate to 1.75%.

The move was made following the new USMCA trade agreement between Canada, U.S. and Mexico.

Following the quarter-point increase it also also seems the Bank of Canada has an appetite for more aggressive interest rate hikes than previously anticipated.

Despite the rate still being just 1.75% it is now higher than it’s been in about 10 years.

Inflation, which reached 2.7% in the third quarter of 2018, is expected to slide back close to 2% by next spring as temporary effects from higher air fares, pricier gasoline and minimum wage hikes in some provinces fade away.