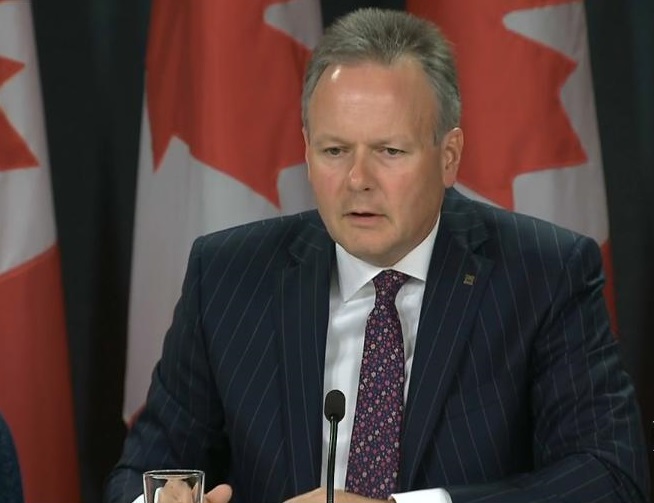 CBJ — The Bank of Canada is leaving its key interest rate unchanged at 1.75% for the sixth straight time.

Bank of Canada Governor Stephen Poloz is in no rush to change the rate, even as policy-makers in the U.S. and Europe have indicated they may introduce cuts to respond to weakened global economic activity.

“Recent data show the Canadian economy is returning to potential growth,” the Bank of Canada said in a statement. “However, the outlook is clouded by persistent trade tensions. Taken together, the degree of accommodation being provided by the current policy interest rate remains appropriate.”

The bank has downgraded its 2019 global growth forecast to 3% from 3.2$ due to trade disputes — and the U.S.-China fight, in particular – which have created reciprocating waves throughout the world’s economy.