Ottawa, July 15, 2020 (GLOBE NEWSWIRE) — The Conference Board of Canada’s Chief Economist Pedro Antunes offers the following insights on today’s Bank of Canada announcement:“Today’s rate announcement suggests a steady-as-she-goes approach by new Bank of Canada Governor Tiff Macklem. The Bank left its overnight rate unchanged and will continue with its quantitative easing programs. Short-term rates will likely remain at rock bottom levels until the worst of the pandemic’s effect is behind us—well into 2022 according to the Bank.”Insights:As expected, the Bank of Canada’s kept the overnight lending rate at 0.25 per cent—unchanged since March when the rate was lowered to its effective lower bound. The Bank’s announcement today made clear that interest rates would not come up until the economy recovers its excess capacity.The Bank also released the Monetary Policy Report which offered insights about the Banks view on how the economy will unfold for the first time since the pandemic. Rather than a projection, the Bank published a “central scenario” which balances the outlook between worse- and best-case scenarios.The central scenario has real GDP declining by 7.8 percent in 2020 and then growing by 5.1 percent in 2021. This scenario suggests that significant slack will remain in the economy well into 2022—relatively clear messaging that rates will remain low for an extended period.According to the Bank, excess slack in the economy will also keep inflationary pressures muted. With data to May, all three measures of core inflation remain between 1.4 and 1.9 per cent, just slightly below the Bank’s 2 per cent target.While headline inflation is weak, largely because gasoline prices remain roughly 20 per cent below where they were at the start of the year, The Conference Board of Canada does expect Covid-19 related cost-pressures to add to inflation in the coming months.The Bank will continue with its quantitative easing (QE) operations, announcing that it will purchase at least $5 billion in government of Canada bonds on a weekly basis. The move is aimed at keeping long-term rates low in support of the Federal Government’s move to finance an extraordinarily large deficit with long-term issuance.The Bank will also continue to purchase provincial government and corporate bonds as per prior announcements.Today’s rate announcement was not a surprize to markets such that the Loonie is holding steady at just below 0.74 US cents.  Additional info:Corp Comm
The Conference Board of Canada
6135263090 ext. 224
[email protected] 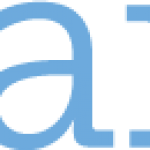 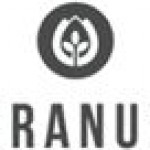 Renunciation by LSL Laboratory to the Proposed Transaction with Terranueva