Baylin Technologies Inc. (TSX:BYL) (the “Company” or “Baylin”) is pleased to announce that it has amended the terms of its previously announced bought deal offering of common shares (the “Common Shares”) of the Company (the “Offering”). Under the amended terms of the Offering, Raymond James Ltd., as sole book-runner, on behalf of a syndicate of underwriters including Paradigm Capital Inc., as co-lead underwriter, (collectively, the “Underwriters”) have agreed to purchase on a “bought deal” basis 7,340,426 Common Shares at a price of C$2.35 per Common Share (the “Offering Price”) for aggregate gross proceeds to the Company of C$17,250,001.

The Offering is being made pursuant to the Company’s base shelf prospectus dated November 16, 2017 and the terms of the Offering will be described in a prospectus supplement to be filed with securities regulators in each of the provinces and territories of Canada. The Common Shares may also be offered in those jurisdictions outside of Canada which are agreed to by the Company and the Underwriters, where the Common Shares can be issued on a private placement basis, exempt from any prospectus, registration or other similar requirements.

The Offering is expected to close on or about November 28, 2017 and is subject to certain conditions including, but not limited to, the receipt of all necessary approvals, including the approval of the Toronto Stock Exchange.

Baylin is a leading global technology company with over 39 years of experience in designing, producing and supplying innovative antennas. We strive to meet our customers’ needs by being their trusted partner from initial design to production with an extensive portfolio of custom engineered solutions and leading edge off-the-shelf antenna products.

Statements in this press release contain forward-looking information including, without limitation, the approval of the Toronto Stock Exchange, the timing and completion of the Offering and the anticipated use of proceeds by Baylin. The completion and timing of the Offering is based on a number of assumptions, including, that all approvals for the Offering will be received, no material adverse change will occur in Baylin’s operations nor will any events occur that would trigger termination rights under the underwriting agreement with the Underwriters. The intended use of the net proceeds of the Offering by Baylin might change if the board of directors of Baylin determines that it would be in the best interests of Baylin to deploy the proceeds for some other purpose. The words “will”, “expect”, “may” and similar expressions are intended to be among the statements that identify forward-looking statements. The forward-looking statements are founded on the basis of expectations and assumptions made by Baylin. 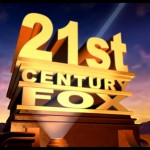