/NOT FOR DISTRIBUTION TO U.S. NEWSWIRE SERVICES OR FOR DISSEMINATION IN THE UNITED STATES/

CALGARY, Alberta, Dec. 31, 2018 (GLOBE NEWSWIRE) — Bayshore Petroleum Corp. (“Bayshore” or the “Company”) (BSH/TSX Venture Exchange) is pleased to provide an update on the operations, financial position and business plans of the Company and the reinstatement of trading of the Company’s shares.

Bayshore is a Calgary, Canada based oil and gas company focused on exploiting heavy oil/bitumen resources in Western Canada.

Financial constraints over the past number of years have restricted the ability of the Company to materially advance operational activities and implement the Company’s business plan.  Following the termination of all agreements and letters of intent relating to heavy oil upgrade technology and all aspects of a pilot heavy oil upgrade project by the end of 2016, the Company reduced staff and personnel costs considerably, substantially decreased general and administrative expenses, and successfully prevented the Company from becoming insolvent.  Funding of the Company’s activities during 2017 and 2018 was provided by the board and executive management personnel through short-term loans and management services provided at no cost.

During this period of financial distress, while seeking a longer-term financing solution, executive management maintained relationships with the primary inventors of advanced oil upgrading technology and developed relationships with private individuals and corporations interested in funding a partial oil upgrade project (“Pilot Project”).  During July 2018, the Company secured access to sufficient equity financing (discussed below) to allow the Company to hire human capital to advance the testing and validation of technology and plan a test of the heavy oil upgrade process in the field.  The Company’s immediate plans involve continued collaborative efforts with stakeholders associated with the full scope of the Pilot Project and discussions with potential investors to assist in financing the Company’s initiatives.

Trading of Bayshore Shares on the TSX Venture Exchange

On May 4, 2018 trading of Bayshore common shares was suspended by the Exchange due to a Cease Trade Order for failure to file financial statements.  Since that time, the Company has endeavored to resolve issues and deficiencies identified as a result of a continued listing review conducted by the Exchange.  The Company has now resolved all issues raised by the Exchange and shares will be reinstated for trading at the open on Thursday, January 3, 2019.

The Company has filed its 2018 third quarter Financial Statements and Management’s Discussion and Analysis which is now available at www.sedar.com.

Board and Management Changes

In the third quarter of 2018, Mr. Ivan Chan was appointed Chairman of Bayshore and Mr. Peter Ho resigned as Chairman. Peter Ho is currently a Director and CEO of Bayshore.  During 2018, the Company strengthened the composition of the board with the addition of two non-executive and independent directors, Madam Ellen Yu and Mr. Alex Falconer, both of whom are members of the audit committee.

Bayshore’s current activities have largely been limited to dealing with administrative matters. Management has also been focused on a combination of securing funding to advance the Company’s business plan, validating oil upgrade technology through in-house expertise, business development and collaborating with industry partners to implement a Pilot Project.

The Company continues to hold two non-operated oil and gas properties situated in Western Canada.  The properties have negative cash flow and, as a result, the properties have been fully impaired for accounting purposes since 2015.   Bayshore plans to divest these assets when appropriate.

Over the past number of years Bayshore has been working with several scientists and specialists who are developing technology which will be integral to the process of upgrading. Bayshore intends to secure a license for the technology from the inventors and to formalize agreements with several heavy oil/bitumen producing companies to conduct a Pilot Project in Alberta and Saskatchewan.  At present, Bayshore is in negotiations with several Alberta heavy oil/bitumen producing companies who have expressed an intention to supply heavy oil under a long-term contract and who are willing to joint venture with Bayshore on the future exploitation of resources.  Implementation of the Pilot Project is planned for as early as Q2 2019 but is dependent on Bayshore securing additional financing in an amount that has yet to be finalized. The Pilot Project is expected to include the acquisition of a technology license, the construction of a field partial upgrading facility with a capacity of 1,000 barrels per day, the establishment of a laboratory facility in Calgary, and the securing of one or more sources of oil supply.

The Pilot Project will test the commercial viability of a process that combines and mixes a certain liquid catalyst with heavy oil in a custom designed reactor facility to make a higher quality oil which will be more suitable for delivery through the Canadian oil pipeline system.  Bayshore is facilitating discussions with third parties who would be involved in the various aspects of the Pilot Project including governmental agencies, heavy oil/bitumen producing companies, technology specialists, reactor facility construction companies, and owners of oil pipelines. Discussions and negotiations concerning the relationships between stakeholders, ownership of assets and obligations between parties associated with the Pilot Project are ongoing and have yet to be established. As such, the Company currently does not own any aspect of the Pilot Project nor does it have agreements with suppliers of heavy oil/bitumen or purchasers of upgraded oil or the owners of the technology required to operate the Pilot Project.

The primary technology to be utilized in the Pilot Project is termed by the Company as Cold Catalytic Cracking (“CCC”) technology. Bayshore believes there are two applications in the industry for the CCC upgrading process: Partial Upgrading (heavy oil/bitumen to synthetic crude oil/diluted crude oil) and full upgrading (heavy oil/bitumen to raw diesel).  The Company does not own, or have a license to, the CCC technology but is collaborating with the inventors to incorporate the CCC technology into the Pilot Project to assess if the upgrading process is commercially viable.

The current price differential between heavy oil and light oil provides an opportunity for Bayshore to exploit the vast amount of discovered resources in Alberta and Saskatchewan using new partial or full upgrading technology.   Bayshore plans to secure access to heavy oil assets located in Western Canada by acquiring oil producing assets, partnering with industry oil producers and using a process to upgrade heavy oil in the field.  Upgrading the quality of oil at surface and selling the resulting oil products to the existing pipeline infrastructure provides an opportunity for the Company to accrue significant economic benefits.

Bayshore’s long-term plan is to develop bitumen extraction in-situ, building upon the partial upgrade technology. This will involve the injection of the partial upgrade catalyst into the reservoir which, together with minimum heating, will lower the viscosity of the bitumen and facilitate bringing the product to the surface. Bayshore plans to work with research institutes in Alberta and technology providers to implement the in-situ recovery of bitumen. Advancement of this initiative will only be made following the successful implementation of the Pilot Project.

Following a successful Pilot Project, the mid to long term business development plan involves exploiting large oil sands assets, acquiring existing producing heavy oil properties in Alberta and Saskatchewan, building a full commercial upgrading plant that can convert the heavy oil/bitumen directly into fuel products, and implementing the in-situ bitumen recovery. The success of these operations is expected to turn Bayshore into a fully integrated oil and gas producer with the capability to produce bitumen effectively and economically by converting the heavy oil/bitumen into a high value product fuel.

The total amount of funding required to complete all aspects of the Pilot Project will depend on the results obtained in the initial activities.   The Pilot Project (partial upgrading) is expected to cost between $5 million and $10 million and include the license fee, equipment purchase, construction cost, first six months working capital and inventories.  Bayshore intends to finance either through a combination of equity issuance, debt and joint venture arrangements. At the same time, Bayshore will seek government and other institution subsidies and grants to reduce the capital burden as the technology and process are innovative.  At present, there are incentives programs from Alberta, the Canadian Federal government and the private sectors that could help to subsidize the pilot tests. It is uncertain, however, whether the Company will be able to raise any additional funding to complete the Pilot Project.

The Company does not currently have any contracts, agreements or formal arrangements in respect to the use of technology or the various aspects of the Pilot Project.  Bayshore is in ongoing discussions with various stakeholders who would be involved in the Pilot Project and is coordinating the planning, consulting, logistics, manufacturing, and sourcing of activities which are expected to result in certain contracts and agreements being executed at the appropriate time. Advancement of these initiatives is expected to significantly accelerate following resumption of trading of the Company’s shares and Exchange approval of the Private Placement discussed above.

In April 2014, Bayshore signed a Letter of Intent (“LOI”) with EPC Consulting group of Dubai (“EPCD”) to build a 1,000 b/d CCC plant to process heavy residuum oil (waste oil) from an Iraq refinery, into diesel. EPCD and Bayshore agreed to extend the definitive agreement in order to allow for delays in testing the residuum and delays in final contracting. No value was assigned to this LOI in 2014.  A formal agreement was never executed and therefore the LOI was terminated in early 2015.

In July 2014, Bayshore entered into an exclusive license agreement with a private Canadian company, International Ultrasonics Technologies Ltd. (“IUT”), to acquire a Master license in Canada to desulphurize hydrocarbon using an Ultrasonic Oxidation process. A value of $80,000 was capitalized in 2014 and a further $385,000 was capitalized in 2015 for a capitalized total amount of $465,000.  IUT terminated the agreement effective December 31, 2016 as Bayshore failed to comply with the payment terms.  The Company expensed the accumulated payments of $465,000 in 2016.

On September 10, 2015, Bayshore announced a Memorandum of Understanding (“MOU”) with E-T Energy Ltd (“ET”) to jointly develop ET’s Poplar Creek (Fort McMurray) Athabasca oilsands property and produce diesel on it using each party’s technologies. On December 9, 2015, Bayshore and ET announced the replacement of the MOU with a Binding Letter of Intent (“BLOI”) containing the announcement of financing intentions, a share exchange plan for ET shares, and actual ET shares tendered to the deal.  No value was assigned to this BLOI in 2015.  On December 8, 2015, Bayshore acknowledged the termination of the BLOI.

In early 2015, Bayshore and its management started a development program with partners to partially upgrade Alberta bitumen at surface.  This development work was conducted by Bayshore technical experts with assistance from the National Research Council of Canada (“NRCC”). Bayshore’s collaboration with the NRCC ceased in 2016.

Therefore, at the end of 2016, Bayshore did not have any active and executed contracts, agreements, LOIs or BLOIs relating to a pilot upgrade project, oil upgrade technology or the CCC technology.

There are risks in investing in Bayshore which include, but are not limited to:

Statements in this press release may contain forward-looking information including expectations of future production, operating costs, commodity prices, administrative costs, commodity price risk management activity, acquisitions and dispositions, capital spending, access to credit facilities, income taxes, regulatory changes, and other components of cash flow and earnings. The reader is cautioned that assumptions used in the preparation of such information may prove to be incorrect. Events or circumstances may cause actual results to differ materially from those predicted, a result of numerous known and unknown risks, uncertainties, and other factors, many of which are beyond the control of the Company. These risks include, but are not limited to, the risks associated with the mining industry, commodity prices and exchange rate changes. Industry related risks could include, but are not limited to, operational risks in exploration, development and production, delays or changes in plans, risks associated to the uncertainty of reserve estimates, health and safety risks and the uncertainty of estimates and projections of production, costs and expenses. The reader is cautioned not to place undue reliance on this forward-looking information. 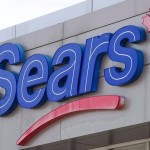