CBJ – A report from TSN says its parent company BCE and MLSE shareholder Larry Tanenbaum are in discussions to acquire the Toronto Argonauts of the CFL.

The Argonauts are the last major Toronto sports team not controlled by either BCE or Rogers Communications Ltd. Under the MLSE umbrella, the two telecom giants – along with Tanenbaum – share ownership of the NHL’s Toronto Maple Leafs, the NBA’s Toronto Raptors and MLSE’s Toronto FC. Rogers has sole ownership of baseball’s Toronto Blue Jays but apparently has no desire to own any part of the Argonauts, who have been on the market for some time now.  Current owner David Braley also owns the CFL’s B.C. Lions.

Rogers and Bell, which both own TV channels and run the country’s two largest wireless networks, have been accumulating sports and TV content they can sell to their cable, smartphone and Internet subscribers.

Argonauts Chief Executive Officer Chris Rudge has not yet made a public statement on the possible sale. 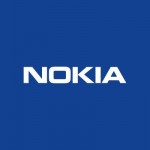