VANCOUVER, Oct. 05, 2020 (GLOBE NEWSWIRE) — On October 2, 2020, following an open and transparent public review process, the British Columbia Utilities Commission (BCUC) issued its final decision on BC Hydro’s fiscal 2020 to fiscal 2021 Revenue Requirements (rates) Application per Order G-246-20. The BCUC approved BC Hydro’s requested permanent reduction of the Deferral Account Rate Rider (DARR) from 5% to 0% and a rate increase of 6.85% effective April 1, 2019, resulting in an average net bill increase of 1.76%. Further, the BCUC approved an estimated 1.14% rate decrease beginning April 1, 2020, a greater reduction than the 1.01% rate decrease sought by BC Hydro.
The estimated rate reduction of 1.14% accounts for updates to the storm restoration and trade income forecasts. This estimate is also subject to key cost adjustments, such as the cost of electric vehicle charging service infrastructure, which BC Hydro has been directed to make and file with the BCUC.In addition, the BCUC has directed BC Hydro to file a fiscal 2022 rates application for expedited review by December 2020, which will allow better timing alignment for BC Hydro’s next multi-year rate application. The BCUC also made a number of directives to BC Hydro’s deferral and regulatory accounts and directed future reporting requirements to a number of areas of its business, including: load forecasting, system resource planning and modeling, trade income, project write-offs, and interconnection policies.Before issuing its final decision, the BCUC conducted a written and oral hearing process that included participation from 15 registered interveners, feedback from members of the public in 10 letters of comment, as well as several rounds of information requests. All evidence, arguments, and letters of comment were carefully considered by the BCUC, before making its final determination.More information about this application can be found here.BackgroundBC Hydro filed its original fiscal 2020 to fiscal 2021 rates application with the BCUC on February 25, 2019, seeking a reduction of DARR from 5% to 0%, and a rate increase of 6.85%, resulting in an average net bill increase of 1.76% beginning April 1, 2019, as well as a 0.72% rate increase beginning April 1, 2020. These changes were approved by the BCUC on an interim basis per Order G-45-19, on March 1, 2019. Any difference between approved interim rates and permanent rates will be refunded or adjusted with interest from BC Hydro customers.On August 22, 2019, BC Hydro filed an evidentiary update with the BCUC and changed its requested fiscal 2021 rate to a decrease of 1.01% from an increase of 0.72%.About the BCUCThe BCUC is a regulatory agency responsible for the oversight of energy utilities and compulsory auto insurance in British Columbia. It is the BCUC’s role to balance the interests of customers with the interests of the businesses it regulates. The BCUC carries out fair and transparent reviews of matters within its jurisdiction and considers public input where public interest is impacted.
CONTACT INFORMATION:Krissy Van Loon
Manager, Communications
Phone: 604.660.4727
Email: Krissy.VanLoon@bcuc.com 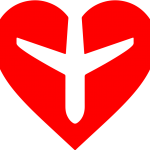